Nice work MONZO!
Now I’m thinking about when I last used Ticketmaster (in the last year) and if my data is safe…

Good press for Monzo, and difficult questions for Ticketmaster to answer. Great work

Worryingly, the Guardian reports, some banks have known about the breach since April. Monzo has replaced 5,000 cards of customers who’ve made Ticketmaster purchases. Whether and why Ticketmaster withheld this information for two months is unknown.

Can anyone who has been defrauded by this sue Ticketmaster for damages since they had knowledge of the potential breach yet chose to ignore it? Any lawyers on here?

Ooo. I’d love some info on the tech behind this, the people who were involved at Monzo, the exchanges between TicketMaster and Monzo and if you communicate with other banking groups/financial organisations as a result of seeing trends in fraudulent activity.

I also love how they’re seemingly shifting all blame to the third party.

I wish someone would disrupt the ticket business

Check out DICE who are doing good things!

I really wish more companies were using DICE, last few Ticketmaster concerts I bought tickets for sold out within seconds and I couldn’t grab the seats I wanted and then there were thousands being resold on third party sites… it just feels so unfair…

TicketMaster unfortunately own a lot of event venues or have exclusivity as ticket provider. 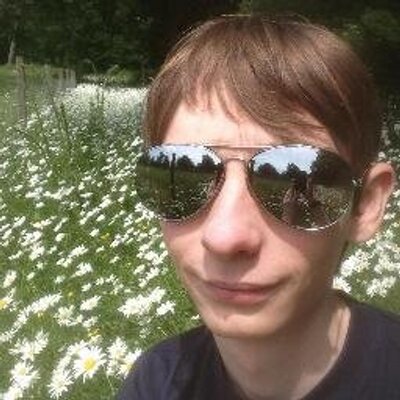 @LatoscaLupa It's a hash of a message. It's useful if you want to be able to prove you knew something on one day without actually revealing that info on that day.
5 Likes
PeteMcD (Peter McDonald) 28 June 2018 05:29 #18

This could be the first real test of GDPR. The ICO has made it clear that they will work with organisations that have been breached and will not jump straight to fines. However, Daniel’s tweet and claims in the media show the issue has been known for over 2 months without disclosure or proper investigation. This is wilful neglect and should be inline with a hefty fine.

Well done on the spot.

This seems to be happening often these days. Maybe in the future, Monzo could consider the disposable virtual cards like Revolut have for online spending ? Then again seems like might not be needed feature if monzo spotted it and reported it first !! 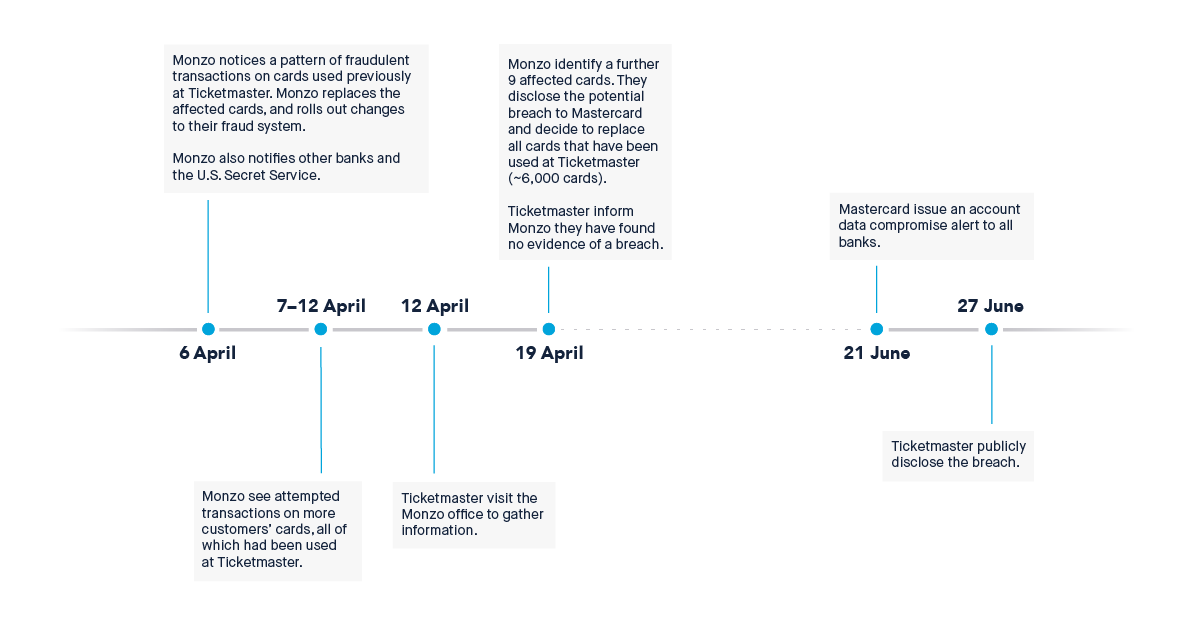 Last night, Ticketmaster revealed a major data breach in which tens of thousands of people had their card details stolen. Our customers have nothing to worry about.

Interesting read to see the approach taken and timeline - really like the simplicity of the update and accompanying graphic. Have shared on FB.

Well done team. Putting everyone else to shame!

Thanks for the good work and continued transparent response.

Wow, that’s amazing. Unfortunately I was one of those affected, but used my credit card instead of Monzo. Good to hear that Monzo are on the ball though with this stuff!

Just read the Monzo blog … very, very impressive Monzo.
Proactively going the extra mile for protection of both its customers and their future business. Please continue with your great ethos