I asked CS for new cards to use PO deposits, and was told they would send one for my personal account, but one wasn’t needed for my joint account, since that already works. 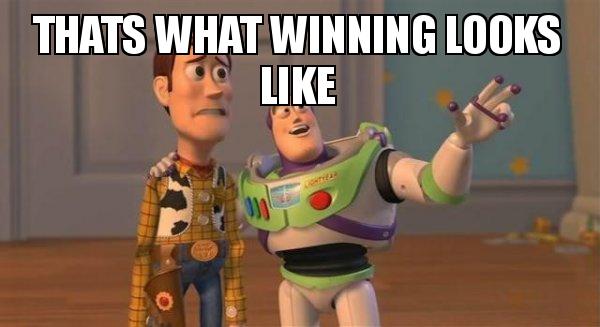 How many people these days have only 1 bank account though? - I don’t know anybody who has only one.

How many people open a new fintech account, close it, and then want to re open it all in the same year?

No problem with the 12 month ban personally.

I hope you don’t mind me asking, but what brings you to the Monzo forum if you’ve no skin in the game, so to speak?

Maybe. But I’d probably put money on most of Monzo and Starling account holders having another account elsewhere - and that’s quite a sizable number these days.

I still have my Nationwide account, purely for the FlexPlus benefits (specifically the mobile phone insurance).

Honestly i think its down to word of mouth.

Ive spread monzo amongst my friends because up until recently it was trending upwards and making really positive steps, great customer service, great product and features.

Now perhaps the role is reversed. If i hadnt already flogged monzo to my mates then id be pushing starling.

No rabid fanboys of certain fintech

Ha I’ve just seen who wrote that. Dissing Monzo endlessly elsewhere is one thing, but slagging individuals who post here is wrong, and they rightly got called out for it.

Hmm, I remember the forum, and I definitely wouldn’t say everyone.

Their forum absolutely had religious praisers.

It’s funny how some are so easy to see it here but were blind to it over there.

Their forum absolutely had religious praisers.

It’s funny how some are so easy to see it here but were blind to it over there.

Now there is a separation between church and state.
I’d like to think the religions can coexist respectfully of oneanother - together with the agnostics and down-right fintech atheist.

Is anyone else wondering how Starling is managing such low fees for business cash deposits?

Easily the cheapest for 1k+ as far as I can see. This while Santander is about to up their charges…

Is Starling simply absorbing a dead loss on the basis that the custom this brings in will be worth it?

We have VERY different memories of that forum.

Why would they shut a forum that gave them a lovely echo chamber of “we agree” though?

Because they also got plenty of feedback they didn’t like hearing.

The community wanted things Starling didn’t want to give. Like early access to PR’s, sneak peaks, frequent updates etc. Starling often asked for feedback but was frequently quite defensive when they received it.

Starling’s desire for the forum was different to its users desire. It didn’t work.

Why would they shut a forum that gave them a lovely echo chamber of “we agree” though?

I’d kinda hoped that the whole “forum vs forum thing” had died - It seems the PO debate has re-opened old wounds!

Starling shut the forum because it was a distraction - It wasn’t utilised in the same way that the Monzo forum is, and it was dominated by a small number of users.

Generally, it required Megan (the CPO), or Anne (CEO) to come on and “finalise” a topic that had been circulating for days.

I’d also say that in general, the comments were more of a challenging nature - You have a new feature? Great, now let’s make it better with XYZ - That can often be misinterpreted as moaning, but generally, the majority of people were there to make it a better place.

The forum turned out to be a bad fit for Starling as a brand - Which is fine.

Since the forum has shut, it feels like they’ve come on leaps and bounds - But Starling have always had a bit of a habit of smashing things out in bulk.

When I first joined them at the end of last year - They were arguably considered ahead of Monzo (even by a lot of people on the Monzo forum) - This was whilst Monzo was transitioning from Pre Paid to Current Account.

I’d say Monzo have dominated 2018 though (up until now) - But that’s only if we are looking at the Personal Current Account.

Starling have dominated on the “other” accounts (Business and Joint), and they also have made strides in their business to business framework.

Despite the eerie coincidences of both banks releasing similar features at similar times, they are both focussing on different things, and will appeal to different customers.

The good thing is you can use both, see what you like, and then use it. You can always revisit the other one as and when new things come out (providing you don’t shut the account).

I’d kinda hoped that the whole “forum vs forum thing” had died - It seems the PO debate has re-opened old wounds!

Surely you see by now whenever Starling g launch a feature…this thread derails it and goes in the attack. It’s hilarious.

lol - I see it the other way around , when Monzo talk about a feature on the forum Starling always seem to launch that feature “first” - e.g. gambling block, public API - with the “we’re the first UK app based bank to launch this feature” to great fanfare , and then Starling supporters come onto the Monzo forum and start stirring it …as "great fun to watch "

If anybody has got constructive criticism, fine, no problem, very useful, the other posts are basically just trolling for a reaction - pointless, unless you get a buzz out of antagonising people, which is quite sad really