Samsung are planning to launch a Debit Card and and money management app in the summer. 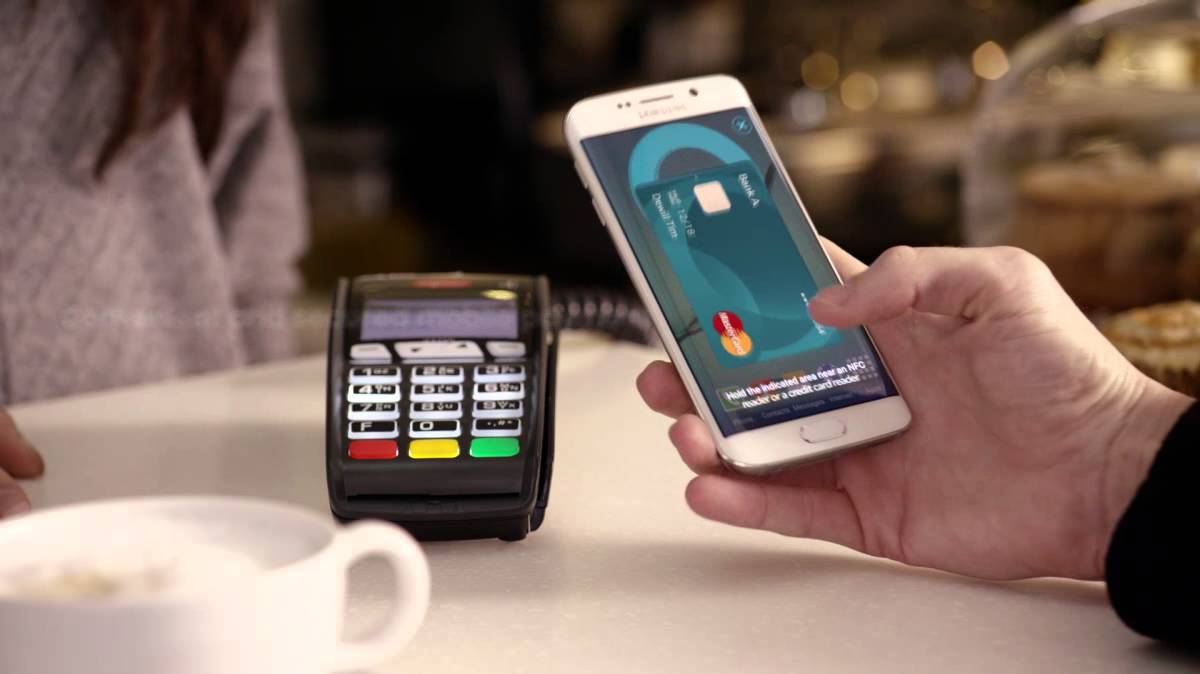 We're still waiting to hear news about Apple Card's performance relative to the major card issuers, but that hasn't stopped Samsung from...

Interesting to see big tech companies get involved in fintech. Definitely going to be an industry to watch this decade, wouldn’t be too surprised if of those tech companies attempt to acquire companies like Monzo in the future.

I would personally love to see a debit version of Apple Card.

Personally I think the Apple Card has been entirely built for the US market (where EVERYTHING is a credit card!) and will remain a credit card only if and when they role it out to the wider world.

I really struggle to see an advantage to going with Apple or Samsung (as examples) for this. I can’t see what they’re going to do that someone else isn’t already doing better.

(That said, how many people said the exact same thing when they launched the first iPhone…)

There’s a lot I think could be done better actually, especially in the U.K. Neither of the big fin tech players with banking licenses here are doing it for me, and I actually prefer my traditional bank over both, and I don’t exactly like my traditional bank either.

When I say a debit version of Apple Card, I’m more or less referring to the interface and features therein, rather than the stuff that’s predominantly US oriented, like cashback. Apple Card, from what my American friends have shown me, get the interface, and budgeting tools spot on, none of the U.K. players have nailed either yet, in my opinion.

I’m not convinced the Apple Card interface would scale to a bank account. At the moment, essentially all they have to deal with is a list of card transactions and some budgeting charts. A bank account needs to deal with much more than a single card’s transactions. I’m not saying Apple couldn’t design a good bank app, but Apple Card isn’t it and I’m not sure they’re interested in the messiness of being a bank.

Completely agree. That’s why I specifically said debit, and not bank account. Something that would function similar to the way Monzo did before they were a bank. Akin to Samsung’s announced product. Would be easier to scale globally than their credit card will be.

Ah, sorry, I missed that. Yes, a prepaid debit card would be more manageable, though Apple might be hesitant to offer a product with the acceptance issues that prepaid cards have. Samsung isn’t as worried about things ‘just working’ to the same degree as Apple.

But as a way of expanding and improving Apple Pay Cash internationally, it could be a decent approach.

What’s the point of yet another money transfer app? Especially in the UK where we already have Faster Payments which is (IMO) the gold standard when it comes to payments.

iMessage integration is much more convenient than to do it via a bank app. Speedy international payments would be on the cards too (Cash App has been a brilliant utility since it began offering transfers between US and UK users). It’s also a debit card you can use for spending via Apple Pay in it’s own right. And if you take the budgeting tools and interface from Apple Card, make some debit oriented adjustments, and apply it to Apple Pay Cash, It’ll be a fantastic tool for spending, budgeting, and P2P payments.

Having a separate virtual debit card for those funds is anything but convenient? The budgeting tools seem useless unless you happen to (somehow) use that virtual card as your main account.

Having a separate virtual debit card for those funds is anything but convenient?

It’s not separate. It draws the funds directly from your bank account as you use it (acts similar to curve or PayPal in that sense). You do still have the option to top up and withdraw from the card if you want to do that.

The budgeting tools seem useless unless you happen to (somehow) use that virtual card as your main account.

I disagree. Direct Debits are easy to budget for, because they are predictable and automated. Ad-hoc spending and inconsistent recurring debit card payments are not as easy to predict, which is where most budgeting tools fail, and why I keep my spending segregated from my bills. The only time a built in budgeting and analytics tool has succeeded at its job (for my use) is when it works with either of these types of transactions, but not both. That’s why I loved Monzo as a prepaid card, but don’t as a bank. I can either use Monzo for spending and like it, or I can use them for my income and bills and like it, but when I used it for both, I hated the experience.

You do still have the option to top up and withdraw from the card if you want to do that.

But topping up and withdrawing seems like an unnecessary action when you can just use your bank account directly to send/receive funds?

and why I keep my spending segregated from my bills

Maybe it works for you but is this how most people manage their finances? Most people I know just use one main bank account and are quite happy with it. Adding more complexity to that would cause extra management overhead for most people. Not saying it’s bad to use a different workflow if it works for you but wishing this workflow to become the new standard (when a simpler standard - payments from/to your main bank account with Faster Payments - already exists) seems a bit too much?

But topping up and withdrawing seems like an unnecessary action

It’s nice to have the option just incase. I’d keep £100 on it in case my bank has any issues, so I’m not left without money. Some people may prefer to just top up their spending too, similar to how Monzo was used as a pre-paid card.

Maybe it works for you but is this how most people manage their finances?

Given Monzo’s popularity as a pre-paid card, I’d think a lot of people like to segregate their finances in similar fashion. People seem to like having a card just for spending, it’s the most common reason I keep seeing on social media for people having an account with Monzo or Revolut, outside of being a card for just spending abroad.

Not saying it’s bad to use a different workflow if it works for you but wishing this workflow to become the new standard (when a simpler standard - payments from/to your main bank account with Faster Payments - already exists) seems a bit too much?

I’m not wishing for it to be a new standard, Faster Payments is the standard and will likely remain as the standard until something comes along and removes the potential 2 hour wait altogether. But I think it’s nice to have options people can use adjacent to it for a little more convenience in certain scenarios. Cash App for instance has been very high on the top free financial apps chart on the App Store, because when both parties have it, it’s better than a faster payments bank transfer in almost every way. Probably a lesser issue with the newer digital banks that make transfers easier than they used to be, but there is still some utility to be tapped at there.

Unless the person I’m sending money to has Cash, I use Monzo for that task because they do payment transfers best. I can just send a link so the hassle of having to enter bank details is placed on the recipient and saves me time. I’ll also use my Monzo.me link for receiving payments for the same reason of convenience (though I wish they would bring back Apple Pay support for that!). It’s still Faster Payments but with a more convenient UI on top, and that’s what Apple Pay Cash would provide, since the recipient won’t even need Apple Pay Cash to receive the funds, so long as they have a card in Apple Pay to deposit the money to.

What’s the point of yet another money transfer app?

I didn’t say there was a point, I meant that’s the only way I can see Apple being interested in providing a debit card.