Hi @ReubenGeary it’s been brought up many times. Unfortunately there’s no plans to fix it yet until the merchant data gets an overhaul

Ah right! Thanks for the update

I would pop your post in to a more appropriate thread but in all honesty I can’t find one which only talks about this issue so we’ll consider this the official idea thread now!

I can understand why it cant distinguish and its not Monzos fault but still really annoying. Hopefully supermarkets sort it out ASAP 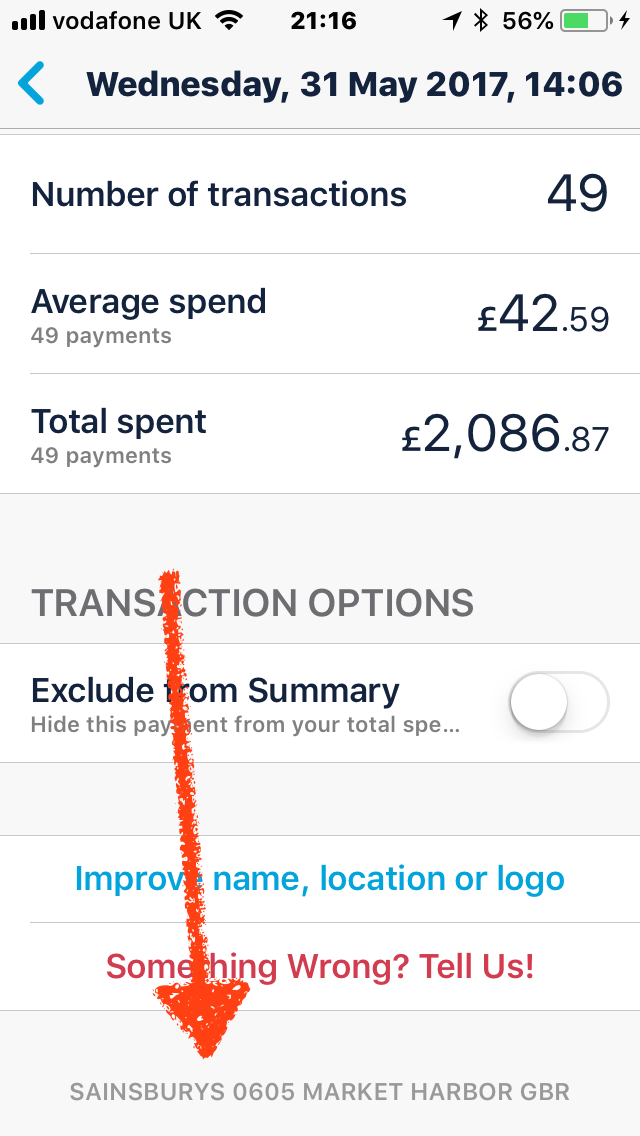 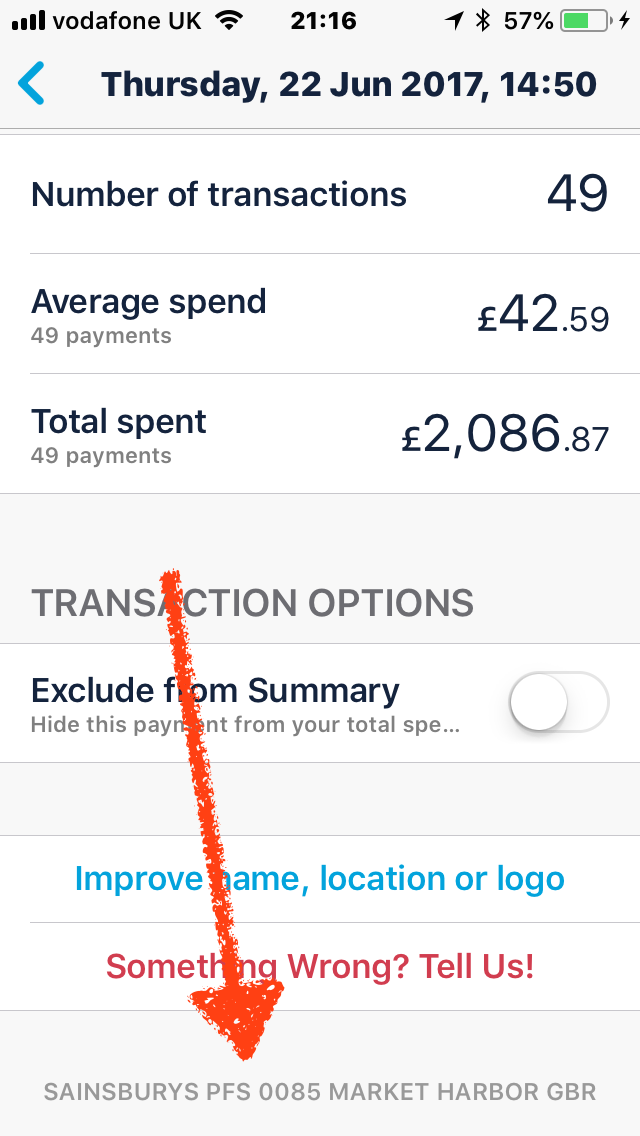 This is the last post I saw on the issue

Indeed - the two MCCs that are relevant here are: 5541 (Service Station) 5542 (Automatic Fuel Dispenser - AFD) Tesco correctly categorise them - they use 5411 for their supermarkets. This is correct. It’s something we’re looking at improving however, as always, there is real contention between building new shiny stuff that y’all want and also making stuff better, that isn’t broken, but could be made nicer

As always, your feedback helps us know what needs looking at sooner …

I can NOT understand! Mastercard send 4 digit code with each transaction. The regular pay at kiosk fuel pumps and the automated fuel dispensers each have their own distinct code separate from groceries.

Ah sorry i must not understand then as i thought it would see Tesco supermarket and Tesco fuel pump and just Tesco regardless!

To clear some things up a little, we used to get a lot less data about a transaction than we do now and a lot of the pay at pump systems fixed what they do send us to better separate these transactions so not having the data is no longer true.

Thanks for the update @rika interesting that this is actually more recent information. Not something I had been previously aware of myself.

I think a quick browse at this community gives a good indication at how wanted this is!

Thanks @Rika for your usual clear reply. Always appreciated.

thanks for the reply @Rika - if we are to use summary , catergories and budgets in any sensible way it needs fixing- I appreciate your time constraints, but to categorise any spend at a supermarket once specified in your feed as either fuel or groceries when plainly they aren’t all one or the other makes all of the budgeting not entirely useful

I also was frustrated by the fuel issue and also have different codes for Sainsbury’s fuel and in-store. Thanks Rika for looking into this.

we could totally do this nowadays if it’s something a lot of people wanted!

Surely pretty much everyone who drives would want it

I have this issue where I fill up with petrol and do grocery shops at the same Morrisons. There was actually a bug where the store had the new logo and the petrol station had the old logo, which helped me tell them apart but all the metrics for average spends and transaction history broke and showed me the store ones regardless as to whether I viewed a petrol or store one.

These days, both have the same logo and both are just “Morrisons” and every time I shop at one or the other I have to recategorise either transport or groceries (I’ve also started adding a #petril tag to help identify them better).

The additional downside to detecting groceries or petrol is that the petrol station’s shop is open for longer than the main store on Sundays, and it’s quicker to buy stuff there than at the main shop if I just want a drink or something, so I regularly change the petrol one to groceries when I don’t buy any fuel…

There was a discussion about this in another thread I can’t remember which,

Alot of people said they have this problem, and I have it with Sainsbury’s.

I think one of the staff said they’ll look into this.

Very much wanted from me

Just wondering if this got anywhere @Rika has it been raised on backlog or anything?