Original Mr Blobby costume at the cheap price of £8.2k 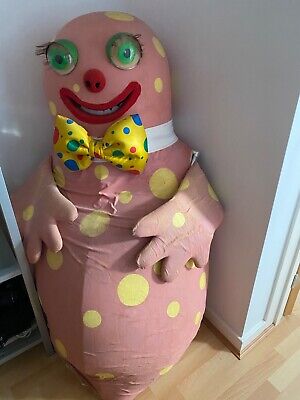 There can be no unauthorised use - including but not limited to hiring out, lending, public exhibition or any performances. Consequently as it is now over 25 years old, there is the inevitable ageing to the foam and the rubberised coating.

There is no info on the authenticity of this piece so anyone dropping £8.5k on it must want Blobby really badly

In addition the two arms require re-attaching to the body

It also puts me off when sellers say ‘it just needs a bit of glue’ (or words to that effect) to fix things. It makes me wonder why they didn’t do this themselves

Surely they can then keep the listing positive without the need to mention broken bits and it’s likely to attract more bids?

without the need to mention broken bits

Back when I used to sell things on eBay (we’re talking decades ago here, but), I was exhaustive in mentioning any broken, potentially broken, or even slightly dinged parts of the items I was selling. I felt it was only fair to manage the buyer’s expectations, and it seemed like I’d get the upper end of the expected scale due to giving the buyer confidence that they would get what they saw.

My highlight of my eBay selling days was probably when I sold a copy of Secret of Mana for significantly more than any copy I’d seen previously, and I got a letter from the buyer after they received it letting me know how happy they were with it. I don’t think I would’ve got people bidding it up to such a point if I hadn’t been brutally honest.

This was back in the days before eBay were awful and people/businesses weren’t making a living off it. Paypal? Whatpal?

Imagine the Blobby listing was kept super positive, and they winning bidder sent it back and asked for a refund because it was all cracked and the arms had fallen off

Imagine the Blobby listing was kept super positive, and they winning bidder sent it back and asked for a refund because it was all cracked and the arms had fallen off

Exactly. If you are not thorough with your descriptions it opens you up to requests for refunds which Ebay will almost always decide in favour of the buyer. Then you’re without your money with a potentially more damaged item than when you sold it due to having been shipped twice, packaged up insufficiently by the buyer before sending back or just other general mishandling

Brings back memories of after school tv.

I wasn’t suggesting that they should be dishonest

More that if they’re claiming that they’re such simple things to fix (in this listing: the bow tie just needs a bit of glue to stick it back on) why not just do it!

Sometimes you just want to get rid of the albatross as-is. Let someone else spend the time and money.

Someone really wants that costume.

£8k start seemed steep to me when they’re going to make you sign something to effectively make it so you can’t make any money from it.

For that kind of money you’d need some pretty solid proof it actually was original.

Someone can reenact the classic Christmas #1 song we all know and … love? 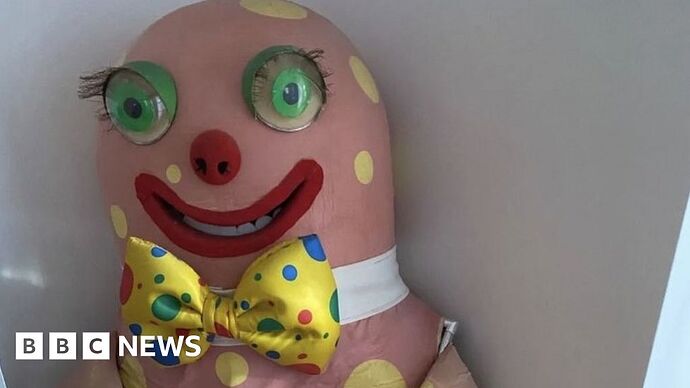 After a whirlwind bidding war over an original costume of the TV character, the seller is let down.