Monzo state that only 60% of accounts holders are using their cards on a weekly basis. With 120,000 accounts that is nearly 50,000 people who not using their accounts at all or irregularly.

In June 2017 Monzo warned that they may need to freeze 20,000 accounts in order to comply with European money laundering regulations.

Can someone from Monzo tell us how many of those accounts were frozen?

When is the company predicted to start making a profit?

Monzo state that only 60% of accounts holders are using their cards on a weekly basis.

That figure’s out of date -

To be precise (& perhaps, annoyingly pedantic

) 74% of Monzo users are active. I checked with one of the team during the event & importantly, that’s weekly active users, which is even more impressive! To give some sort of benchmark, apparently 60% of Revolut’s users are monthly active users -

When is the company predicted to start making a profit?

To create a viable, sustainable business, it’s important that we reach profitability over time. However, profitability is not a key priority for this year, and we would prefer to focus on growth over driving revenue

In June 2017 Monzo warned that they may need to freeze 20,000 accounts in order to comply with European money laundering regulations.

Can someone from Monzo tell us how many of those accounts were frozen?

Since 20k accounts is 5% of Monzo’s 400k users now & I assume that most of those users will have had the ID needed for the verification process, I don’t think we should be overly concerned about any accounts that had to be frozen either..

What is the cost to Monzo of providing a CA to customers?
I use my card at least once a day, when my CA card arrives I suspect it will be even more.
Are those losses fairly standard for a new company in this sector, at this stage in the game? As a hopeful Investor an £8m loss sounds huge so I am just curious as to whether that is a worrying statistic?

With loses of nearly £8 million last period (from £1.7 million) and Monzo stating that “From a ﬁnancial perspective, we’ve got enough capital for at least the ﬁrst 12 months of life as a bank” I would be worried if I was a big investor. Or any investor.

Apparently they only made £120,000 in income this year (can’t find the link for that number now but it is out there).

When was that investment deck released?

With loses of nearly £8 million last period (from £1.7 million) and Monzo stating that “From a ﬁnancial perspective, we’ve got enough capital for at least the ﬁrst 12 months of life as a bank” I would be worried if I was a big investor!

When was that investment deck released? 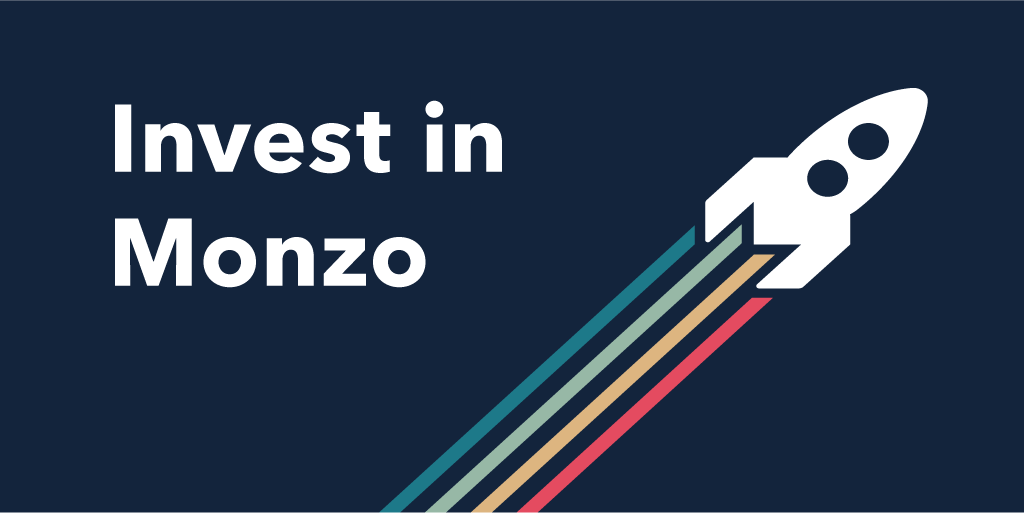 Invest in Monzo: Launching Our Crowdfunding!

Today we’re launching our £2.5 million crowdfunding round as part of our most recent investment raise of £22 million 🎉

That 120,000 accounts comes from the Investment Deck PDF

From the published accounts Monzo states that they now have 240,000 account holders.

Monzo has raised over £40 million to date and has just £14 million left cash left in the bank. It has generated less than £200,000 in revenue in its two years of operation.

All of the unicorns burnt through mountains of cash to build userbase. If Monzo started getting low on cash and asked for another funding round, I’d be at the head of the queue.

I’d be surprised if their business plan has them making a profit for at least a couple of years.

To put a bit of perspective on losses - not saying that this will happen to Monzo - but most companies expect to have losses initially - Metro bank is now valued today at… £3.2Bn… after 7 years trading - a $200m funding round 2years after forming and with cumulative losses of $100m 4 years ago

'Metro Bank PLC was granted its licence by the Financial Services Authority on 5 March 2010, the first high-street bank to be granted such a licence for over 150 years.[3] It planned to open between 200 and 250 Stores in Greater London within 10 years of starting up.[4] Its first Store opened on 29 July 2010 in Holborn.[5]

In 2012, Metro Bank raised an additional $200 million in funding from investors including Fidelity, Steven A. Cohen of hedge fund SAC Capital Advisors, and New York real estate investors the LeFraks and David and Simon Reubens.[6] In the same year, Forbes Magazine reported that Metro’s flagship Holborn branch had “…garnered $200 million in deposits, four times the total at the average mature American branch.”[6]

On 2 May 2013 the Daily Telegraph reported that, following a loss of £8.8 million in the first quarter of 2013, Metro Bank’s pre-tax losses had exceeded £100 million in less than three years since its launch, but the bank stated that these were planned for,[7] and were “a result of its growth initiatives”.[8] In an interview with the Financial Times, Hill said the bank was "…in line with the business plan to rapidly grow this company,” he added. “Our primary goal is to expand the business . . . and profit certainly will come.”[9]

Honestly I don’t fully understand why this is even being expected by anyone.

Being profitable on the prepaid beta was never the intention. The road to long-term profitability comes with a staggered launch of services for the current accounts once everyone is on them. Overdrafts, partnerships, etc.

“Losing money” is a misnomer. It implies that it’s a bad thing, unintentional and beyond our control. That’s simply not the case. These “losses” have always been accounted for ahead of time in the investment capital. That’s how you grow a business.

I’m assuming that a significant number of users will never go into overdraft or never earn Monzo any money other than using their current account as as a sort of prepaid card for purchases. Will those types of customers eventually become a burden on the Monzo start up?

Will those types of customers eventually become a burden on the Monzo start up?

To be brutally honest I think if Monzo ever considered those users a “burden” on them, half the company would quit on the spot; that’s not what Monzo is about

Monzo isn’t rushing to become profitable as quickly as possible; they care far more about the end user than turning a quick profit, and plan to, y’know, be a bank for people who hate banks