Option - sure, but each time it should come with customer’s consent, as per Mastercard rules. Seems like they’ve been slapping you with DCC without seeking your permission first, which is a breach of Mastercard rules.

Also - welcome to the community, @mikebrooman!

I’m gonna do a shameless plug of my guide:

, sometimes even three screen prompts to select DCC can really make it difficult for good Monzonaut to steer clear from DCC.

I haven’t seen an example where ATM or POS with DCC offered better rate than Monzo (fees included). Even with planned ATM withdrawal fees, rule of thumb - Monzo is better and will be better because…

Seems like they’ve been slapping you with DCC without seeking your permission first, which is a breach of Mastercard rules.

I did wonder if this was the case and didn’t think I’d be the first. I was aware of DCC at ATMs but I’d never seen it on a PDQ device before. Turns out searching for “POS” and not “PDQ” could’ve avoided a n00b first post

Great guide, thanks for sharing

Pretty busted for cash withdrawals in Morelia, Michoacán for what it’s worth. I think I managed one withdrawal at Mexico City airport but none of the ATMs in Morelia worked, even those clearly marked with MasterCard logos. On the other hand, payments for goods, meals etc. all worked flawlessly.

I tried to pay something in Mexico and the card was rebected twice. Should I have notified that I was travelling to Mexico before using the card?

Does not work: BBVA & Banorte

Does not work: BBVA & Banorte

Thank you for your helpful comment, @Tsusoup! We’ve moved it to this Monzo in Mexico wiki so it can help even more users 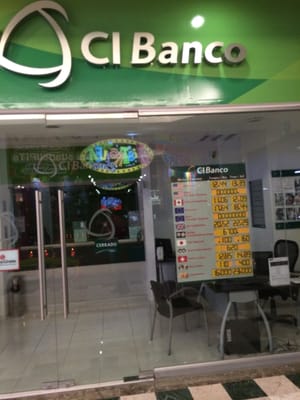 Tried my Monzo card in a retail store here at Chetumal, Quintana Roo and it was declined. But I used it at the supermarket and it went through so think it just depends.

Haven’t been in México for a few years now and have failed to find any ATM that doesn’t charge a cash withdrawal fee on any of the main networks.

Can anyone advise which ATMs allow withdrawal without fees and the states they can be found in?

Hi just wanted to know if Monzo is assessable in Cancun will be traveling there shortly for a Holiday.

I’ve always taken cash, last time I was there I did keep an eye out for cash machines but they all charge a fee. Going this year and will likely just take cash with me

I’m planning on going to Mexico in May and I work for a travel company, so I get commission free currency exchange. I’m trying to work out if I’d be better off just doing that and taking cash, as I’d probably incur costs withdrawing cash should I need it while I’m in Mexico… or do you guys think that the convenience and security outweighs the amount I would save? Im just thinking i’ll definitely need to withdraw money at some point as I’ll be going on trips and not sure if there will be ATMs everywhere

I didn’t find any free ATMs in Mexico. This is what I found:

Restaurants don’t allow you to select your own tip, instead they ask you (to shame you!) and select it themselves!

I didn’t find any DCC problems.

However, I had a major problem with one restaurant called La Coyoacana, I posted about that here:

I just came back from Mexico where I had a weird problem that CS couldn’t explain. I tried to pay by chip and pin at a restaurant called La Coyoacana, but it declined. I tried again and it declined again. So I paid in cash. But the transactions didn’t reverse. CS reversed one, but the restaurant presented and my account was debited. So now I’ve paid three times: twice on my Monzo card and once in cash. I don’t understand how they did that if the chip and pin machine said it was declined. Here…

I didn’t use Monzo much in Mexico because the fees are much higher than their competitors but the different ATMs charged different fees depending on which bank your card came from.

Never had your issue with tips in restaurants though. I simply asked the server to add an amount of my choosing on.

I’ve always taken cash, last time I was there I did keep an eye out for cash machines but they all charge a fee. Going this year and will likely just take cash with me

Is it not much cheaper (not to mention safer) to just pay the 15 MXN every now and then?

2 Likes
Anyone got experience of using Monzo in Mexico?
← previous page