Misleading info on the homepage

I noticed there could be misleading info on the homepage - there is a section that says ‘withdraw up to £200 cash every 30 days for free (and 3% charge after that)’. I believe uk ATM withdrawals are free without limit, but the wording could suggest to some prosective customers that they will get charged if they withdraw more than £200 in uk ATM - not knowing the charge is applicable to just overseas withdrawals.

It’s in the ‘travel stress free’ section though. But putting the word abroad after the 30 days would clarify it a bit 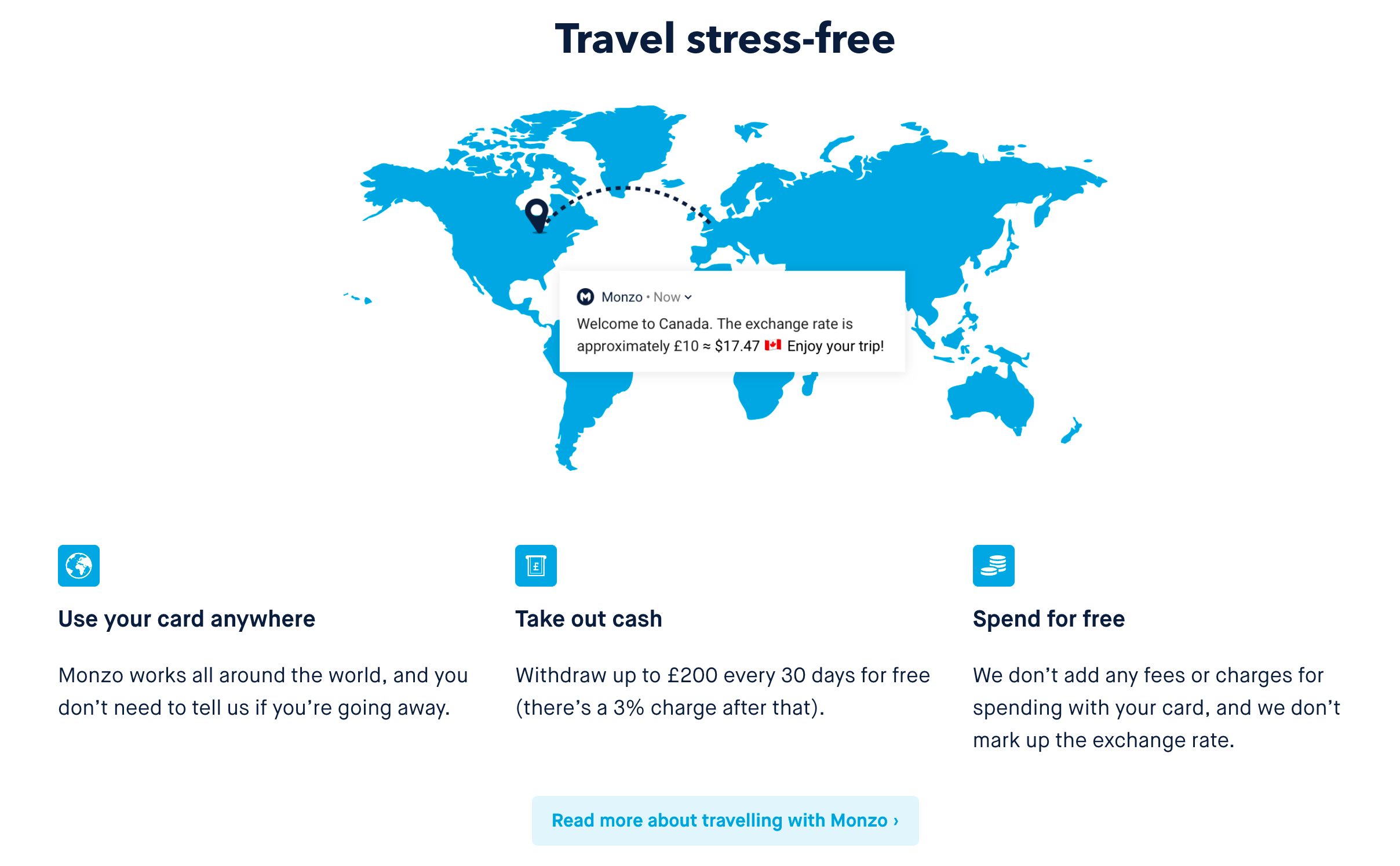 I don’t see how that is the slightest bit misleading myself. Big heading for ‘Travel’, the three points grouped together underneath, and then to finish, a link to read more about travel. It’s all there in the context.

I see what you both mean. I’ve just skim read on the mobile web page and It’s just a long scroll so easier to miss or not pay attention to some bits and in my case, the heading.

That’s the point though, people see things differently, the fact some think it’s misleading then by it’s very nature it’s misleading, whether you think it is or not.

I don’t think it’s misleading personally either, but it could be changed to make it clearer.

A point ably made by @MS308 in their reply when they reveal they were looking at the site on their mobile, which I hadn’t thought of.

I still stand by what I said - I’m clearly expressing a personal view rather than trying to assert fact - so won’t be deleting or editing any of it.

However, with the added context of viewing the page on a mobile, I could see there’s an argument to be had for making a minor change of some kind. Say, “Take out cash abroad” or “Withdraw up to £200 from foreign ATMs every 30 days…”

I also thought this limit applied in the uk aswell…

I can 100% see why this would be confusing, even if it’s in the travel section.

“Withdraw up to £200 every 30 days from foreign ATMs for free” would remove any possibility for confusion.

I do think some people have the impression that the £200 limit applies to all cash withdrawals, not just overseas withdrawals. This is mainly based on comments I see online from Monzo users and non-Monzo users (therefore potential users) discussing Monzo.

I brought this up before and I agree I’d if your skimming through the mobile site you may get the wrong view. A little tweak for clarification would be great.

Just to clarify, the limit takes effect only if the ATM is based outside of the UK. So withdrawing in UK will only be limited by the £400 daily ATM withdrawal limit.

Thanks for clarifying that @Victor.S learn something new everyday!

You didn’t know there is an ATM limit? Most (if not all?) banks have them! Used to be £300 standard but I think others have more like £500 for Halifax.

No, I knew that, I didn’t know thay foreign currency from a UK atm wasn’t counted against the foreign ATM usage

I didn’t read his post in the way! Just read it as “you can withdraw in the U.K. free” which we knew

I agree. On a mobile this isn’t 100% clear. Using the word ‘abroad’ in there would clarify it nicely.