What do people recommend? I don’t game, I use my laptop almost exclusively for work, which involves video conferencing, emailing, and using MS Office. I already have an iPad for personal use and my laptop rarely leaves my study so I’m not bothered about portability.

Do you need a laptop designed to operate faster due to tea ingestion, or is that not a requirement?

Sorry, back to the question…

A lot of people I know have the same level of need and are using Chromebooks rather than laptops, as a cheaper (well, sometimes!) alternative. Might be worth considering?

Used thinkpads my trusty steed for when I flee from hell at home for a few hours.

Business build at a fraction of the price of a consumer laptop.
https://wiki.installgentoo.com/wiki/ThinkPad (Little outdated but still good)

I’ve had my eye on this for a while. Only reason I haven’t pulled the trigger is that I’m holding out for the new Ryzen 4 4500u models. 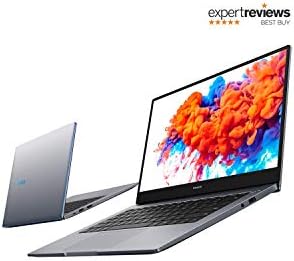 £400 is a tight ask. You’re choices are basically garbage, so honestly… anything from PC world that types well enough for you.

This is your opinion.
I think it is possible to get a laptop for £400 - it won’t be a super powerhouse but don’t think that’s being asked for.

I want to corroborate @tbutz‘s mention of chromebooks. They are very cheap and surprisingly sufficient for what most people do on their computers in the classic notebook form factor.

With that said, I’d also second @Eden’s recommendation of an iPad. This device has come a long way over the last decade and has matured a lot both in hardware and software. We’re at a point now where I have no problem recommending even the lower end models to most people as their primary of only computer. iPad will naturally work harmoniously with your iPhone too, which is a significant point in its favour over a chromebook. They’re also quite expansive with accessories too.
iPads are to laptops what cars are to trucks.

If you rely on this device for your job, you’re going to want to spend a little more up front if you can. It pays off in the long run. The type of device will want in this case is dependant on the nature of the work.

MacBook Air is a fantastic all rounder and one of the best value products on the market for its price, but this is significantly beyond your budget.

Microsoft Surface devices are quite versatile too and have a lower entry level price than laptops. The only downside in my opinion that’s it’s a tablet first device running a desktop first OS.

@Sam87 would you consider used/refurb or does it have to be brand new?

I think you need to decide on an OS before deciding on specific laptop.

If you decide on Windows I’d second @desu recommendation of ThinkPad if willing to buy used/refurb. If not, might be a bit too expensive.

this is cheap and cheerful but is a good spec and good price https://www.amazon.co.uk/CHUWI-Herobook-Ultrabook-Playback-Supports/dp/B088WQRFK5/ref=sr_1_3?dchild=1&keywords=laptop+chuwi&qid=1599320769&sr=8-3 according to my IT friend

My experience corroborates this too. I needed to keep a windows machine around for the OU, because some of the software we used was windows only, though we’ve mostly transitioned away from that and better support macOS and Linux now too.

I used to choose cheap dell laptops because my use was quite limited and they would get the job done. I think the longest one of these computers lasted was 2 years. I now have a Mac mini running windows 10 via boot camp. It was about £500 back when I bought it. It’s been 8 years since then and still going strong.

I went for the Cheapest Windows OS I could find and it was a HP and about £285(This is due to me having a desktop as well). A caveat with laptop is it doesn’t have much storage but I use google drive

I’d probably rather have an iPad and keyboard than a cheap laptop.

I think it would depend what you’re doing in Office. If you’re using a lot of excel, you might want the laptop but if it’s more word related, I’d just get a keyboard for you iPad.

Does @Sam87 want to use their personal ipad for work use?

I think you would be looking at a very basic device with £400 - which might struggle with multi tasks.

How much do you use PowerPoint & Excel with video conferencing?

If it’s infrequent then either of the above suggestions fit the bill.

£400 is a tight ask. You’re choices are basically garbage, so honestly… anything from PC world that types well enough for you.

It depends what you mean by garbage? For £400 to £500 you’re going to get better specs (CPU, RAM, storage) than an entry level MacBook Air.

The Air will have better build quality, a nicer screen, infinitely better trackpad and MacOS.

And even then you can get a surprisingly nice machines for £400-£500. The Magicbook I linked to is a complete Air ripoff, by which I mean the build is very nice.

Thanks for the replies guys. My husband has suggested this: https://www.johnlewis.com/acer-aspire-3-laptop-intel-pentium-processor-4gb-ram-128gb-ssd-15-6-inch-black/p4869259

But I’ll take onboard your comments regarding quality and power and see if it’s worth pushing the budget to something that can give a little more.

MacBook Pro, it’s the only way to go. Lasts for years. Just swapped out my 5 year old workhorse (still functions perfectly well apart from needing a battery service) for the new 16 inch one.

As the OP had a top budget of £400 they could buy the same laptop every year for that price and still not reach the kind of money needed for a Macbook after 5 years.

Don’t get me wrong, I do like Apple products – they are well-made and fairly future-proof – but they are incredibly expensive for what you get. I am blessed with an iMac at present but should it die on me it will be a serious struggle to replace like-for-like, never mind going for the latest model!

I understand @Sam87 may not have the cash but I was just throwing it in there, tons of affordable suggestions have been offered also. What I find with PCs is that you tend to have to replace them more often and they just don’t last as long. Its an investment.