Was out with work today and we noticed the same place was pretty much half price on a Wednesday at the same time. A lot of people might think it’s a bit late, but I thought imagine if Monzo gave you a notification saying “next time come on a Wednesday you could of saved X” or “this venue is half price if you come an hour earlier in the future”. It’s a bit of a pie in sky idea as would take a lot of work to get all deals checked and scrapped but got me wondering what other “big” ideas people have…(unless you’re keep them secret for your own big plans ha)

Not just banking, but any ideas of how fintech could actually make you impressed?

I think impressive insights into spending patterns and fancy diagrams (sucker for pretty pictures and data) along the lines of what you’ve described would be good. Perhaps this could be done with cashback eg if spending with a Monzo card at Nandos gives 5% cashback, they could probably get data on offers and prompt you to use it on Friday or something for a 1-for-1 deal- like the Wuntu app?

I would really like to see a wider spend map (I know someone has built this with Monzo’s API) where you could filter by store/ categories.

For me, monitoring my bills and switching me over to a cheaper provider automatically without having to get involved. Having AI so my money can be managed without me having to.
I really like the post about offers but I’d only be happy to have them if they weren’t intrusive within the app. Nothing worse than getting bombarded with notifications in my opinion, I’ve made my thoughts clear on this in another thread. I like how Lloyds do it although activating the offers is friction…
I’m also always a sucker for insights so the more the better as per @evangelskies post.

Often I see the future in what’s happening today and where it is going: particularly along the lines of notifications when payments are due, fully digital receipts, coupons and loyalty schemes/cards available in-app and applied automatically during transaction.

I’m guessing Lloyds offers is the same as HSBC underneath (although HSBC you have to login to something like https://hsbcuk.visaoffers.eu

They link to Visa/MasterCard offers API to enable your card for the offers. Not sure if many retailers setup MasterCard offers or only visa ones though which could be a bit sucky for Monzo.

The one thing I don’t like about automated bill switching is owed balances or initial larger costs.
At the moment I owe my electric company money as I pay a set monthly amount, so by the time winter comes around I won’t owe them any money. If I were to switch now, I’d have to pay the new provider and my old provider at the same time which sucks.

On top of that, I’ve had providers want at least a month in advance, which sucks even more. I definitely wouldn’t be happy waking up one day to an email saying I owe the old company £300 and the new company want £200 when my regular monthly payment was only £100 with the old company…

That’s totally understandable, Hopefully it could be implemented in a way which means that’s not the case

Perhaps this could be done with cashback eg if spending with a Monzo card at Nandos gives 5% cashback, they could probably get data on offers and prompt you to use it on Friday or something for a 1-for-1 deal- like the Wuntu app?

Checked my email and got one from Tail, inviting me to the Monzo beta (I’m slow, I know). Pretty impressed, just sad most of them seem to be in London. Guess that’s where most companies would start out best from though. Hopefully as it gets more popular more cities will be included!

I’m so happy the map view is Apple maps- was crushed when Monzo switched to Google maps for standardisation. Apple maps prioritises shops vs landmarks, so it would work great with Tail.

Date/ time use is very handy too, and no fussing about with loyalty cards 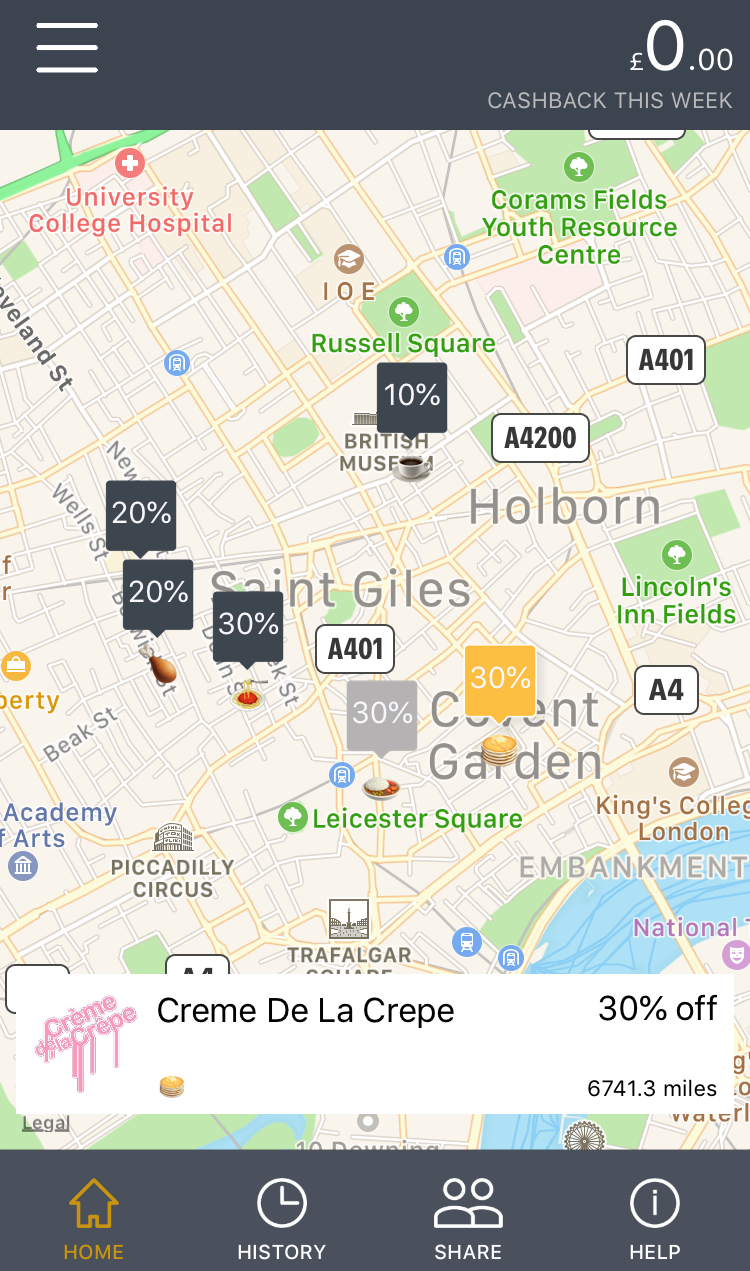 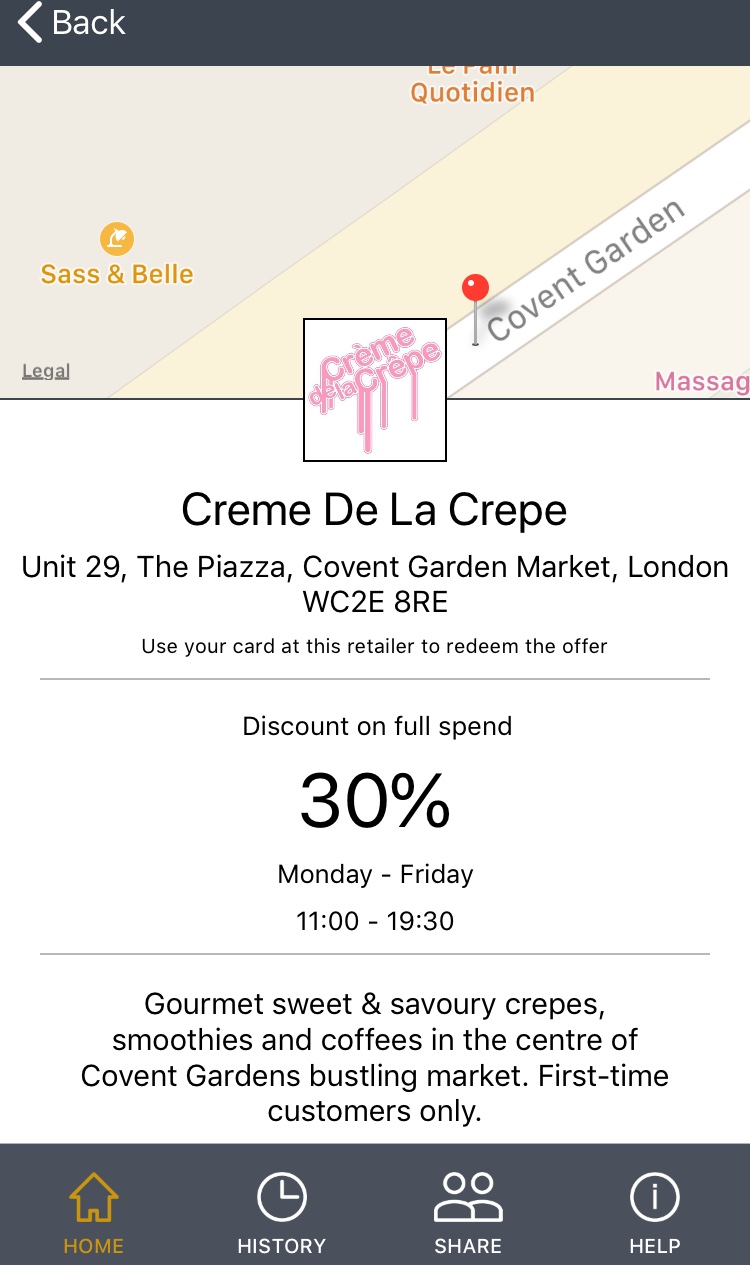