Saw this article about RBS trying to compete with monzo , starling etc https://www.finextra.com/newsarticle/31832/rbs-hatches-plan-to-create-digital-challenger-bank

Will it be built from scratch or will they just put a nice skin over legacy systems like Yorkshire Bank did with the B account?

Anyway it looks like banks are seeing monzo as a real threat.

I doubt if they see fintech as a threat. Probably more interested in the cost savings that would be possible

You really think so? Well customers moving away is less money for them so quite a direct threat no?

I think if you want to learn the new ways of fintech you set up a separate ring-fenced operation. Base out of Old Street, hire folk like Monzo/Starling/Revolut. Ring fencing the operation reduces the risk of contamination from the parents existing policies and procedures and let’s the new folk do what they want to do Then learn what they do and attempt to mirror the same into the parent organisation.

Based on the newer technologies rather than bolt on l assume the hope by RBS would be that these operations will break even sooner rather than the first attempts from Cahoot, IF et al who were really bolt on to existing infrastructure with all the associated costs.

My employer does that (we are not in fintech) and we have learnt some more agile/disruptive ways.Note l am far too old fashioned to be in the Old Street operation

. I am not convinced that operation does anything better that the other parts of the business could but they are less constrained.

Will it be built from scratch or will they just put a nice skin over legacy systems like Yorkshire Bank did with the B account?

If it does the job why build from scratch?

Most problems with high street banks aren’t with the IT systems, but business process, culture and the baggage that comes with having millions of customers who don’t want anything to change (plenty of high street bank customers don’t use online banking at all).

If they properly split this out from the main business then they could make a perfectly acceptable digital ‘challenger’ bank using existing systems.

The challenge, of course, will be ensuring the culture of the rest of RBS doesn’t start seeping in to their challenger bank as then the old processes will begin to make an appearance.

Most problems with high street banks aren’t with the IT systems, but business process, culture and the baggage that comes with having millions of customers who don’t want anything to change (plenty of high street bank customers don’t use online banking at all).

While this sounds good in theory - and I agree absolutely about business process, culture and the rest of it - I think it’s really hard to keep a key part of the legacy bank. If RBS are committed to this, they need to fund it, keeps hands off and hope (rather counterintuitively) that their new challenger eats their legacy business. It won’t be able to do this if they are constrained and dependent on the parent for anything (be it tech or whatever).

On the article, though, this section caught my eye:

Interesting direction. Only last year they abandoned their plans to spin off their challenger Williams & Glyn bank as too difficult, after spending a whopping £1.5bn on the white elephant. The European Commission has warned that a £750m plan that will allow Royal Bank of Scotland to abandon a troublesome sale of its Williams & Glyn business could eventually deal a £1.

Be nice to have a new challenger on the block. (Kinda think it won’t be RBS though)

Don’t worry, we’ve got Zopa, Chip & our friends at Revolut on the way. Seems like every FinTech is applying for a banking license (I’ll be surprised if TransferWise doesn’t too) so I’m sure there’s plenty more on the way

Former chief executive Andrew Tinkler has been dismissed from the Stobart Group board, with immediate effect. 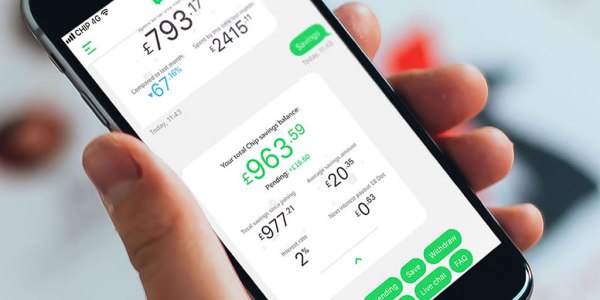 Chip, the chatbot savings app, raises over £1M in crowdfunding with plans to...

Chip, the chatbot app that plugs into your bank account and lets you automatically save for a rainy day, has raised nearly £1.1 million on equity crowdfunding platform Crowdcube. The fund raise, which is part of a larger £2.4 million funding round,... 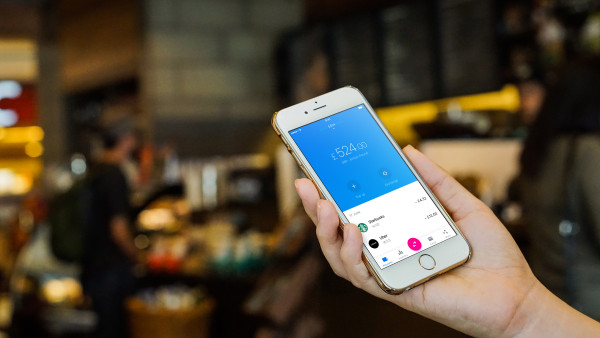 It’s hard to believe that fintech startup Revolut still doesn’t have a proper banking license. Many users will tell you that Revolut’s electronic wallets already feel like traditional bank accounts with an IBAN and a payment card. But the startup is...

N26 will be soon enough (maybe). And does Bunq have any UK plans?

RBS, something RBS, Natwest! (Vague attempts at staying on topic)

And does Bunq have any UK plans?

No, their focus will be to roll out to other Eurozone countries.

I wonder whether the task of building a digital bank will become easier for newbies as they watch Starling and Monzo making the hard yards?

Or whether they decide that the market is becoming full?

I used to work for RBS and involved in many tech projects, from my experience, the new challenger banks such as Monzo/Starling/etc have absolutely nothing to worry about from RBS.

I can also vouch for this

Lloyds are looking at real time notifications n a bunch of other stuff
http://www.lloydsbankinggroup.com/globalassets/documents/investors/2018/2018_lbg_strategic_update_presentation.pdf
(P22)

Course theres little to stop RBS just buying a fintech out.
With so many starting - Tide, revoult, starling, monzo, N62 and so and an appetite from big banks to modernise/cost cut you can be sure there’s gunna be some consolidation at some point.

There will be some consolidation, but always the big problem with these challenger banks is the robustness of the banking experience. Monzo have been proactive in converting prepay customers to full CA customers . I am hoping to CASS from a traditional bank but I need to know that I’m not losing that robustness that I had from the traditional bank. Also as the challenger bank space gets saturated will someone fail and you don’t want to be totally dependant on one that fails I’d need to be convinced before all my challenger accounts arnt just pseudo prepay accounts. At least I’m fair with monzo moving to bank transfers.

Wouldn’t be professional of me to comment… but if they couldn’t do the Williams & Gylnn’s split then I don’t think there is a chance of starting a challenger bank.

More details on it here

Apparently launching in Q3 and targeting 1m customers. Planning to make money from a marketplace

Great article! More competition is surely a good thing, especially for those on Monzo’s back about any perceived slowdowns in innovation.

I do think Monzo has something to worry about for those that saying it doesn’t. It’s being built by a corporately independent lean team & has a target audience that overlaps with Monzo’s. 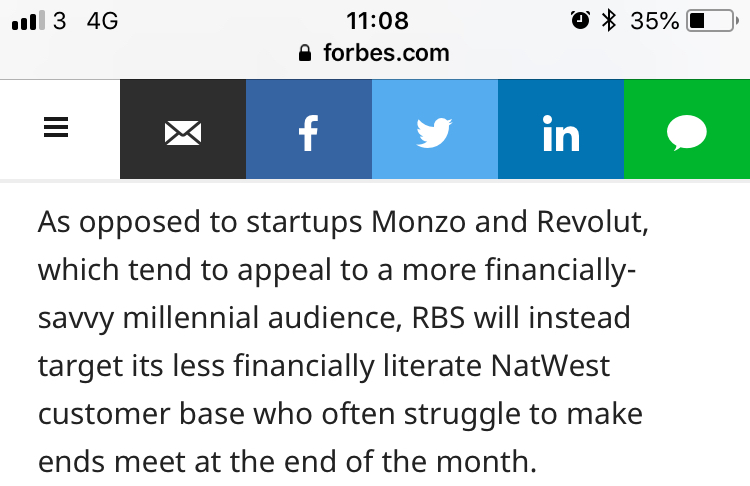 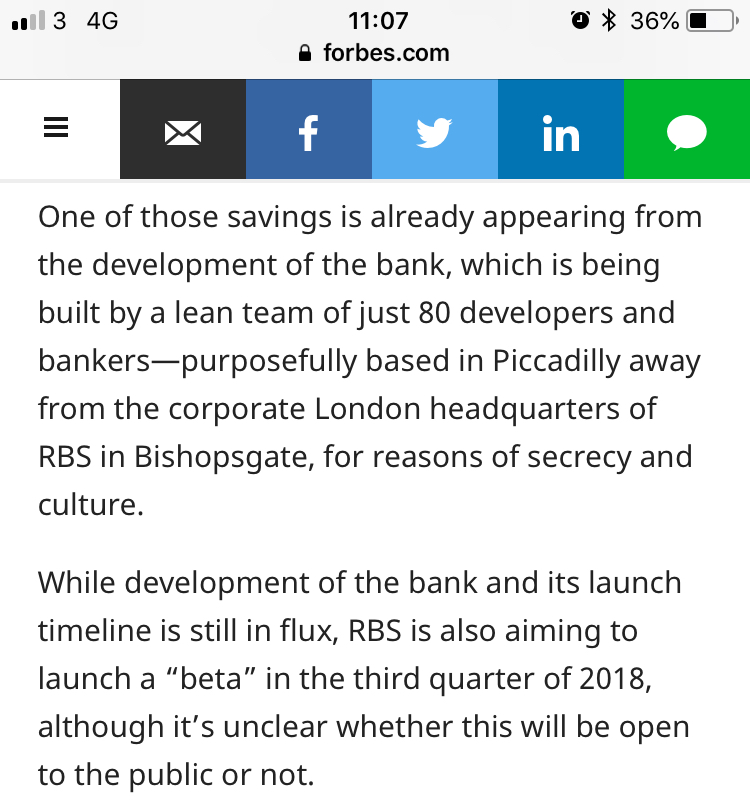