Are you ready for an electric car?

Bit of much needed investment at the motorway services 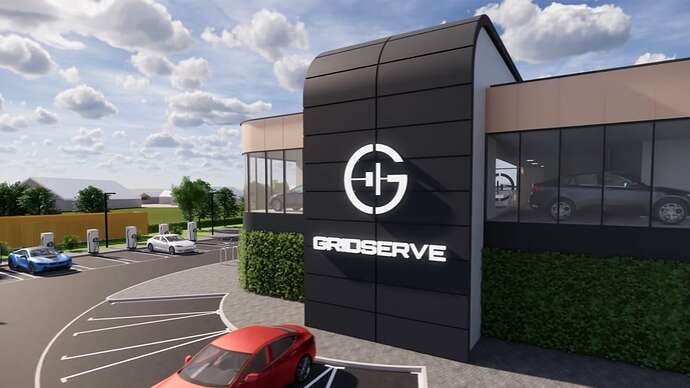 The Hitachi-backed company, which already owned a 25 percent stake in the network, has bought the rest of business from Ecotricity

2021 might be the year I do a Bob Dylan, with the Mini JCW Electric due. I’d rather have an electric Abarth, but if the Mini is attractive enough I may have to finally hop off the fence.

Piqued my interest. Expecting the range to be up there… Bit of a disappointment.

I’ve come to the conclusion that once my driving test is passed, the only option I really have is a hybrid. More than likely a Yaris.

I keep landing on the electric car page, however it’s the range letting them down in all cases. Battery capacity, charging speeds, just aren’t quite there yet for what I require.

It’s approx 500 mile drive to my dad’s place. To do that with petrol it’ll only need one stop for fuel and a couple of toilets breaks and a break for food / drink.

Replicate that in a electric car. It’s 3 or 4 stops to top up for 99.9% of the current market, of at least 60 minutes whilst the battery gets charged. So that 10 hour drive then becomes 14 hours if you go for the top end of 4 charges. You’ve then got the fact that public car charger points aren’t at the moment totally reliable.

If I get a hybrid, it’ll do be for 5-8 years until such a time that technology catches up, range increases, prices come down, charge points become more readily available and reliable.

If I was only driving local, then electric would be by 1st choice.

If I was only driving local, then electric would be by 1st choice.

I found that if you just drive locally then you don’t save loads on fuel and therefore can’t justify the huge cost of an electric car.

Hadn’t thought about that too be fair, not factored that in as not really researched it to much, given I’ll be driving all over the place.

I used to get excited about electric cars, but now I’ve looked further I’m just meh, yeah whatever.

So who are electric cars for in their current state? Those who desperately want to be more polar bear friendly, no matter the inconvenience?

I say this as someone who desperately wants to choose a more environmentally friendly car, but can’t for the same reasons as above.

I just wish hydrogen cars took off instead

I say this as someone who desperately wants to choose a more environmentally friendly car, but can’t for the same reasons as above.

What do you drive now?

We currenly have a 1.0 Kia Xceed which is surprisingly nippy for it’s puny size, if still a relative tortoise compared to our previous 320D GT.

But it is super economical and low emmision, for a petrol vehicle.

I’d happily go electric too but the economics don’t make sense yet for us.

In my Kona I could easily achieve a 500 mile journey with just one 40 minute break for lunch and a top up charge.
I would have over 200 miles of range available at the destination.

It’s a weird balance I found.

You do need to travel quite a bit to make it cost effective, but as @DaveJ said not too far because that then opens up a host of other issues.

I wouldn’t say you’re doing great things for the environment by owning one either. It’s certainly a step in the right direction but as discussed earlier all the battery production, lifespan and disposal seems to be a huge negative in this aspect.

I still really want a Tesla by the way, but now I work from home it would get used even less which pushes it even further out of my price range.

I just wish hydrogen cars took off instead

I was just about to write this too. Unfortunately the latest prediction is electric fuel cells are going to fall to such a price that they out compete the cost of hydrogen fuel cells.

There’s plenty research going into hydrogen, including how to not have to pack it into the fuel cell under pressure.

I do believe that they’ll be a course correction at some point in the future, where the next generation of kids looks back, at how we went mental for batteries and caused the next disaster scenario. Hydrogen will get a look in then to go mainstream.

So who are electric cars for in their current state?

Early adopters. They still need to come down in price and go up in range before they’re mass-market ready. Though in terms of cost, lower service charges should offset some of the higher ticket price, don’t forget.

lower service charges should offset some of the higher ticket price

This is what I found really interesting when I visited a Tesla dealership and wasn’t initially aware of.

Break pads don’t need to be replaced as frequently because it is done with the engine and they don’t need servicing because there are no “serviceable parts”.

Not a huge saving but still money in your pocket nonetheless.

Early adopters. They still need to come down in price and go up in range before they’re mass-market ready.

This is my issue with the arbitrary deadline put on banning the sale of new petrol cars. Without investment in battery and charging design, the day new petrol cars are banned will just push used car prices sky-high as many will not want to make the change. We still have 9 years so hopefully someone pulls something out of the bag

they don’t need servicing because there are no “serviceable parts”.

That’s the thing a lot of people don’t realise (and I used to be in that number), an ICE (internal combustion engine) is full of moving parts that wear out, but electric cars simply don’t have them because there’s no need.

This is my issue with the arbitrary deadline put on banning the sale of new petrol cars.

The aim of the deadline is to drive the change faster, though, which can only be a good thing. I’m reminded of leaded petrol, which was still a thing in my lifetime. I’m genuinely shocked it wasn’t banned sooner, but I also remember people at the time saying it was being banned too soon.

There also needs to be a much, much larger spare parts market so that people don’t have to buy brand new replacement parts from the dealership at massive cost. The same applies with used cars.

I believe certain manufactures only allow you to have your car repaired/serviced at dealerships too, so you couldn’t pop to your nice friendly local garage. Or they just might not be equipped to deal with electric vehicles, especially with Tesla since all of the functionality is tightly controlled electronically.

Electric Cars do need servicing, even Teslas.
My Kona has annual inspection and consumables such as tyres, brake fluid, pads, wipers etc are monitored.
Cost was £72 and as an incentive to have the service carried out AA membership was renewed for a year.

Oooh I didn’t know that was on the way.

I hope Ford respond with a electric Fiesta/Focus ST.

They did this but I think the range and cost on that might be a bit impractical.

Which parts are you referring to ?
Already the parts most likely to require replacement on an electric car are readily available from outlets such as Halfords.
Presently the most profitable areas for a dealership are the service department and used car sales, without these profit streams many dealerships would have to close.
New car sales are more and more being sold via an agency arrangement and used car sales are being eaten away by online operators such as Cazoo and Cinch.