There did seem to be a trend a while back to moving to the logotype (the stylised word “monzo”) and abandoning the logo, but they never seemed to take that final step.

At the time, I did think that it was a mistake: I was down for reinvigorating it, maybe taking out the colours or reinventing it slightly, and trying it to become ubiquitous the way that the Facebook or Twitter logos are.

But times move on. Now, I just think the brand needs a slight refresh. It feels a bit tired.

That’s interesting. Wonder what they’d go with instead. While the stylised Monzo works fine on a large rectangular piece of plastic, I don’t see it working in the context of a small constrained app icon.

Disney+ and Loewe are the only two apps on my phone that take that approach. Works okay for Loewe, but Disney’s icons is cramped and hard to read from a distance.

Disney+ and Loewe are the only two apps on my phone that take that approach. Works okay for Loewe, but Disney’s icons is cramped and hard to read from a distance.

Agreed. Although if you look at the Monzo Twitter icons then you’ll see they’ve used the whole word there. I think that’s a mistake - something shorter that’ll come to represent the whole company would be better. Even if it’s just the “m” from the Monzo logotype.

Just had a brief look at the Twitter icon, and it’s not too bad. I wouldn’t mind seeing, and perhaps even prefer, if they ditched the deep navy blue background at this point. Besides their website, it’s no longer used anywhere in their actual products, except the back of plus card.

Personally I’d like to see the app icon branding be more representative of the cards.

Here’s a very quick mock-up I just made on my iPad to give a rough idea how it may look if they use the full text. 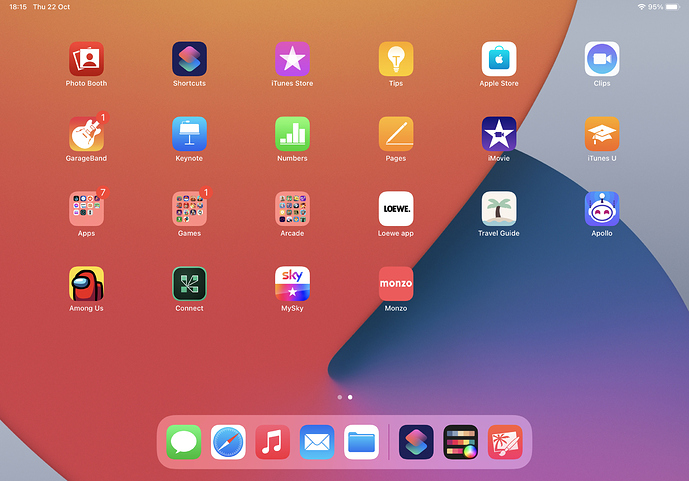 I don’t think I like the navy colour either: I’d like a brighter, fresher palette. I do like the colour depending on plan idea, though. And hot coral us actually very underused except for the cards. Another need for a coherent brand!

And hot coral us actually very underused except for the cards

As @simonb simonb has already mentioned the design team intended to do a refresh, I’m pretty sure I recall reading somewhere (either a report from a Monzo open day or something similar) where a Monzo staff member (designer?) was speaking about Monzo’s ‘brand’ and they said they wanted to try and move away from Hot Coral.

That’s interesting. To what colour(s) would they move to, I wonder. Hot Coral has become ubiquitous with Monzo at this point. For a good number of people in my social circles it’s monzo’s colour. We even referred to the coral iPhone as the Monzo iPhone, for instance.

I wish I could find the source article/post, but have been looking for a good half hour and drawn a blank. It was well argued and made total sense, even though I ended up vehemently disagreeing with it

The nutshell of it was that Monzo had an official brand design/colours and Hot Coral wasn’t part of it, therefore Hot Coral should be phased out and those elements made consistent with the rest of the brand instead.

It should go without saying that (Oh, wait, I already said it in the first paragraph) I am 100% in Camp Hot Coral and think the answer is the come at the problem from the other direction and make Hot Coral official instead, but it really was interesting seeing the other view. Probably true to say that there’s more than one way to skin a brand.

I do miss my coral card a bit.

It’ll be interesting to see what cards feature if they do more generic/broad advertising again.

Here is my idea 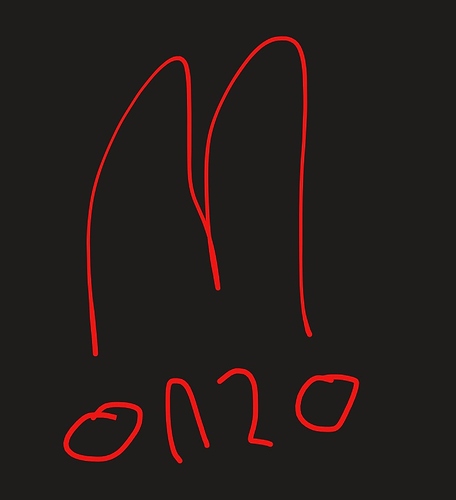 I don’t remember this (although that doesn’t mean that it didn’t happen of course) - although I do remember something similar about the M logo.

Maybe a big rebrand and be done with it?

(My preference would be to embrace the hot coral and the M logo, but updated so they’re fresh and work in tandem - but what do I know?!)

Guess what I’ve just got? That’s right, a Premium Icon:

Update not showing for me yet on the app store.

Not showing for me either on iOS

It’s interesting that the Beta one is different colours across iOS and Android, iOS is green

Did it give you graphs in Trends?

Not yet - trying to force that one!