Thought this discussion might also be interesting for those here:

r/UKPersonalFinance - How many people in the UK know about S&S ISA's and how...

I feel like investing in index trackers within a S&S ISA is not well known the the majority within the UK. Is it just me or is it just hard to tell because generally people don’t talk about their own personal finance? Just looking for a discussion on this topic with everyone to gather everyone’s thoughts.

This is a really interesting thread.

All the discussions about savings pots, or interest on balances have made me die a little inside. Getting excited about 1 or 2% interest, when inflation is running at 2.4% is the very definition of irrational, sure the units are increasing (very slightly) but you are losing buying power year after year.

Historically, and that comes with a massive caveat in the current climate, the only feasible way to grow your wealth was to invest in shares, and the only sensible way to do that is to accept you can’t beat the market so you should buy the market. I forget the exact numbers but on a long-enough time horizon (10-20 years) there is no period in history where you’d have been down.

I say this comes with a caveat as right now it feels like the markets are super-inflated through a decade of quantitative easing. But even if that does occur, assuming most of us here have 30-odd years left of work getting into a habit of pound-cost averaging, where you buy an amount every month no matter what the market price, would be a good thing. Funnily enough, a stock-market collapse in the early days of doing that would be a very good thing!

With Freetrade launching zero-fee share dealing next month I would love to see a tie-in whereby anything you stick in a particular Monzo pot each month then buys a whole-market passive fund (something like Vanguard Lifestrategy).

I would love Monzo to start focusing more on educating their customer base this area of personal finance.

With Freetrade launching zero-fee share dealing next month I would love to see a tie-in whereby anything you stick in a particular Monzo pot each month then buys a whole-market passive fund (something like Vanguard Lifestrategy).

I may be asking a dumb question here but will they be operating similar to Wealthify or is it more for choosing the exact companies you want to trade in?

It’s a little different, Wealthify charge you a fee to select, hold and re-balance the funds your money goes into. With Freetrade you’ll be on your own but that’s no bad thing as it’s very simple to learn, and you’ll save on those Wealthify fees which whilst huge will add up over decades.

The underlying funds will be the same, or nearly the same, and with Freetrade you’ll have a little more flexibility if, for example, you think emerging markets are going to do particularly well/badly.

Choosing a fund, or funds, should be a one-off or at least very infrequent thing. Re-balancing you can do once a year, less often or never. The Vanguard Lifestrategy funds do the rebalancing for you, so with Freetrade you’ll be able to buy just one fund every month, you’ll pay a 0.22% fee a year (£2.20 on a £1,000 investment), and you’ll have exposure to every stock market in the world proportionally meaning your money grows in line with global stock-market growth.

As a guide, the Vanguard Lifestrategy 80 (which holds 80% shares and 20% bonds) has returned on average 13.7% over the last 3 years. If you’d have stuck £1000 in there 3 years ago and done nothing else you’d have something like £1,400 thanks to the magic of compound interest.

You’re not going too wrong with Wealthify, but to really maximise returns DIY is really not that hard and there’s tons of info out there online on how to do it.

Thanks that makes a lot of sense, I often felt that DIY stock and shares requires good knowledge in the area as to when to sell your investment along with time to sit and decide what’s the best for your money. But this doesn’t seem to be the case.

So to clarify you pay Wealthify a fee to swap you between managed funds which are already managed?

I often felt that DIY stock and shares requires good knowledge in the area as to when to sell your investment along with time to sit and decide what’s the best for your money. But this doesn’t seem to be the case.

No, if you stick to passive investing (where you don’t try to beat the market) you just buy when you can and sell if you have to, all very easy.

So to clarify you pay Wealthify a fee to swap you between managed funds which are already managed?

Yes, they’re providing a service to demystify this somewhat, but at the end of the day they’re not doing anything all that clever. The underlying funds themselves are not managed, they just follow a set of rules which buy shares in a certain market in proportion (so you buy more of the biggest companies and less of the smallest)

Great to hear you’re going to try out Freetrade, there’s a small community over there which will answer any questions you’ve got about any of this stuff! https://community.freetrade.io/

While S&S ISAs are great, I feel that so much more needs to be done to educated people on shares, or more specifically, investing in funds. Through H&L, I invest in three portfolios that are up numerous times more than the rate of interest paid in an ISA or that of a tracking fund. If this sort of functionality could be inbuilt into Monzo, or suggested by the app (invest here, over 2 years make X(, that’d be amazing.

lol that would be magical

a big caveat in all this is investments can go up and they can go down , sure historically they go up, if you had have bought in the later stages of 2007 you might have your stake back by now after 10 years , you might have chosen shares that now don’t exist

its not a licence to print money

True they can go up and down, but even tracker funds after 3-5 years managed to break even if you had bought at the peak in 2007 (i.e. the worst losses imaginable). As for funds, they’re far safer than investing in individual shares thanks to the fact they’re managed by people whose obscenely large bonuses rest on them doing a good job of managing them; it seems smarter to give my money over to someone who has more riding on it than I do

As for funds, they’re far safer than investing in individual shares thanks to the fact they’re managed by people whose obscenely large bonuses rest on them doing a good job of managing them; it seems smarter to give my money over to someone who has more riding on it than I do

I’m not sure it’s quite that simple, hedge funds have a history of underperforming vs market according to Bloomberg & the FT & you’re paying them some quite significant fees for the privilege which eat into your returns..

and I do exactly the same thing, invest in Funds in a spread of areas - just saying that all this “its a sure fire winner” can turn into a nightmare for some dependant on timings of when you buy and need of money forcing you to cash in to pay for bills

Here’s one fund I use with an ongoing charge of…0.75%. Clearly, the fund fees are nothing compared to the growth.

You have to be smart with the funds you choose, but when interest rates tend to be lower than inflation, you’re looking at losing money with a standard ISA. At least with a fund, even a tracker will help you beat inflation, which should be seen as the goal IMO.

Did they outperform the market tho? If not, you could have simply invested in an ETF tracking the index (e.g. the S&P 500) & earned a significantly better return.

For what it’s worth, that’s Warren Buffet’s preferred approach - 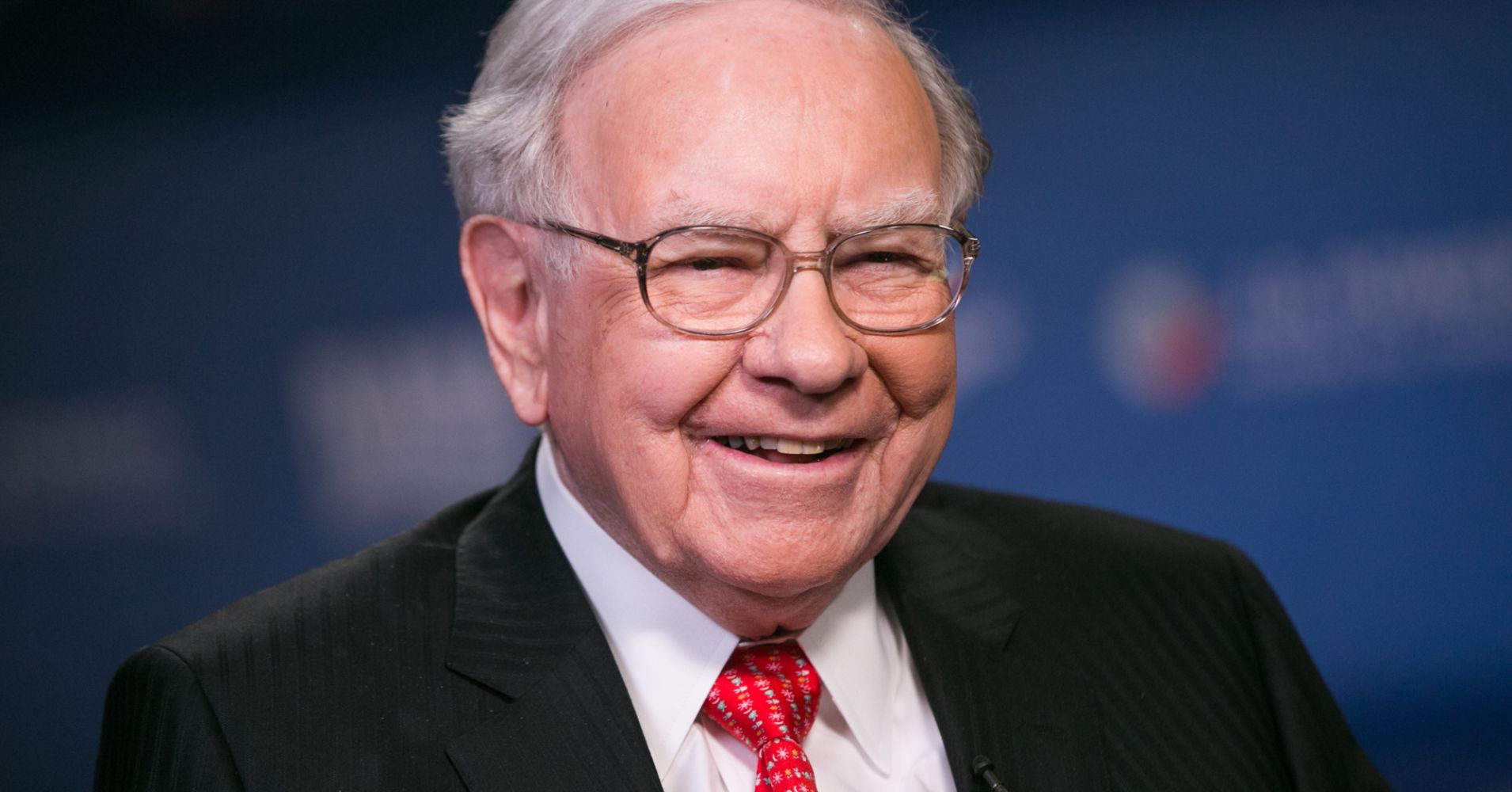 Warren Buffett just won a $1 million bet—and highlighted one of the best ways to... 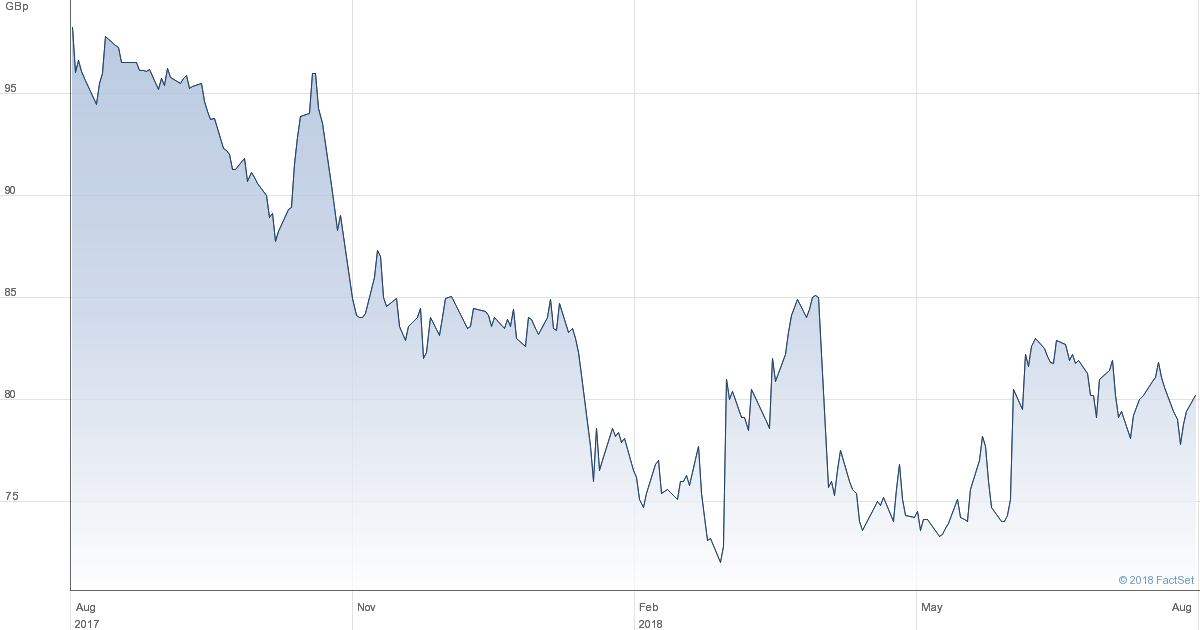 I have no idea how stocks and shares ISAs work, waiting for Freetrade to launch them and to a blog to explain everything.
Think I want and ETF tracking some index in an ISA

Thanks, I’ll check out the community in the future

I’m in a similar position, I understand what fees like the bare bones, but I feel like I don’t know enough to use a service such as Freetrade hence I went with Wealthify as its “managed”. But hopefully they can clear up any misconceptions / explain better.

Although @dannyj did a good job

I’ve found the Freetrade blogs very good at explaining the basics. Hard to know how user friendly it’ll be until the app launches properly but they have a forum to pester (and I fully intend to)