It’s both planned and coming soon

Great, thanks Richard (and Alex).

(I’m starting to see what all the buzz is about

Is there any plan to allow users to upload their own photos for each pot in the new developments? A simple feature but one which a lot of people would enjoy!

This is available on Android latest beta now. 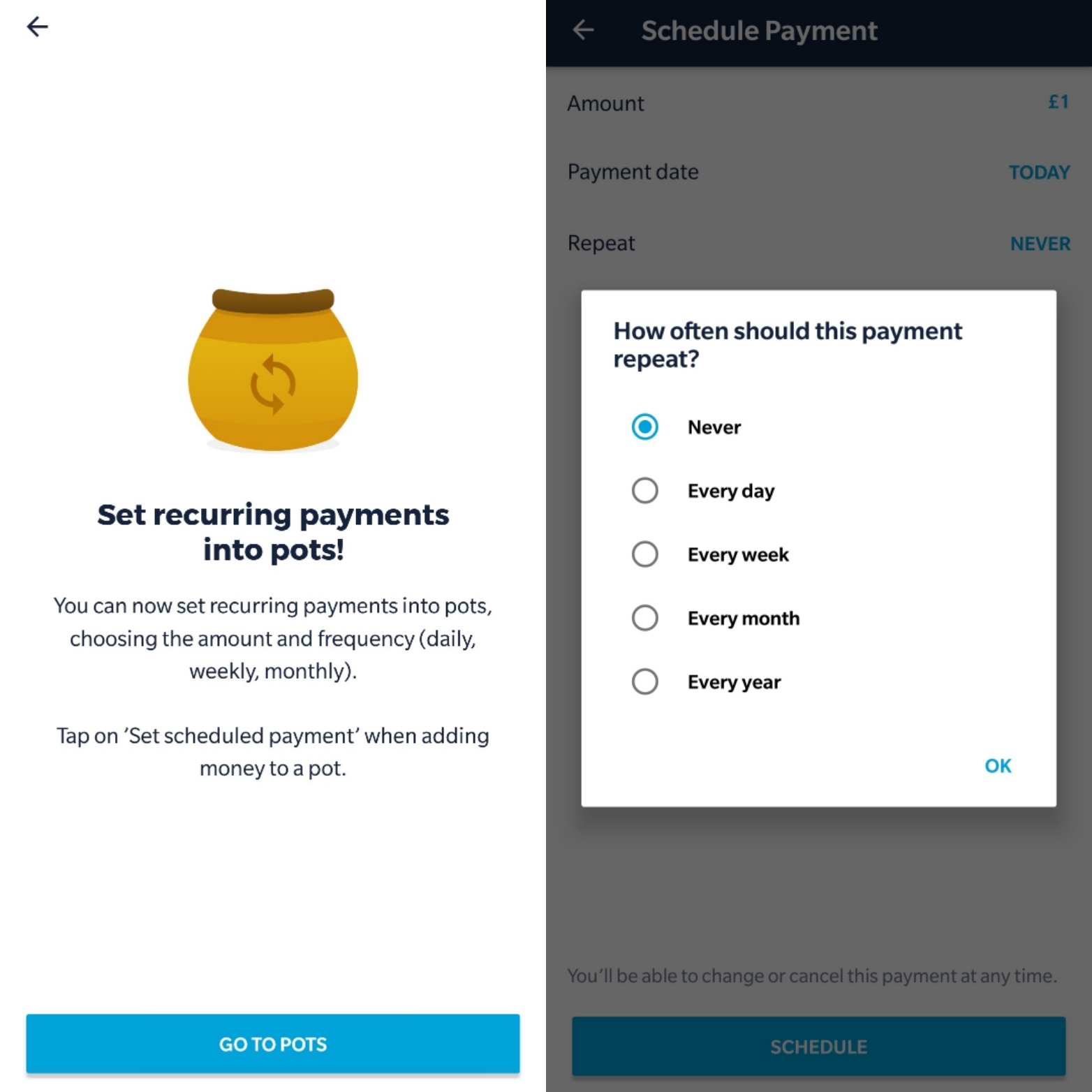 This is available on Android latest beta now.

Ah, just after i setup my applet in IFTTT

6 posts were merged into an existing topic: Feature parity between iPhone and Android

@simonb - is there a timeframe on this improvement at all? (for iOS, to clarify).

I have just gone full monzo and applied for a joint account so trying to get all my ducks in a row, so to speak!

Or at least you can set them up. Whether it’s switched on yet I shall find out at the end of the month.

Sadly not for iOS

Set up a scheduled payment in the app yesterday for £1 to go into a pot today and, at 03:10, this morning, it did just that.

In Android Beta/Testflight, the app states “You’ll be able to change or cancel this payment at any time.”

It appears, though, that you can only cancel the scheduled payment, not change it so, if you want to change the amount deposited each month, you appear to have to cancel it and create a new one.

Is that right? Surely not!

Is that right? Surely not!

For the moment. I think this falls under the ‘editable standing orders’ which are coming

It’s certainly there on testflight version.

It’s certainly there on testflight version.

Looks like my version is Beta then. Wasn’t sure whether Beta and Testflight were the same thing.

I still don’t get instant notifications any more either. Strange as that was one of their selling points.

Don’t think there is a Beta anything. There’s the regular app and the TestFlight versions as far as I know.

There’s no evidence of editable standing orders in the TF version yet so if it’s there it’s hidden (or did I misunderstand @anon4562461?

I thought we were talking scheduled payments into pots?
That exists but editing existing standing orders doesn’t.

I thought we were talking scheduled payments into pots?

I was. Allegedly editable, however, not visible yet. 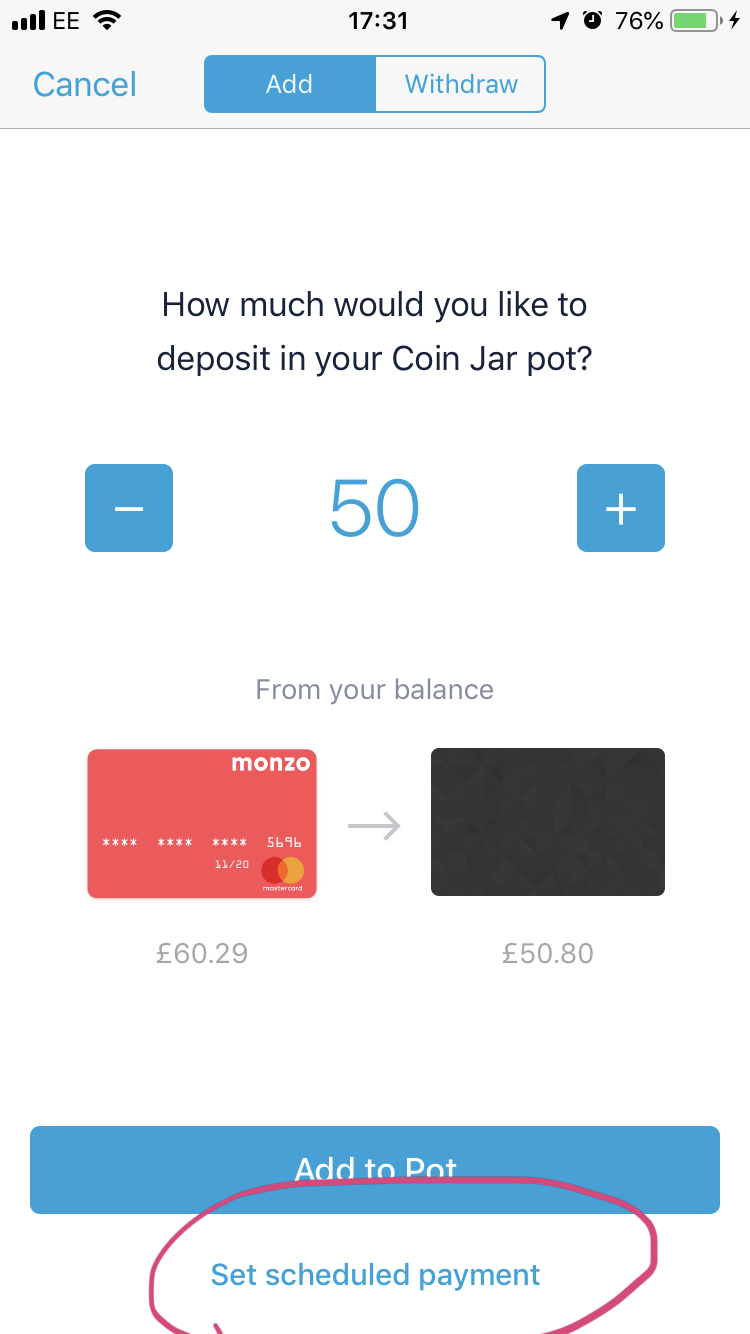 Done that. My point was once created you cannot easily change the amount you wish to move, should it change at any time for whatever reason.

Only option is to delete and create a new schedule payment.

Time consuming when I can amend my legacy bank’s regular payments with ease.