The sort code is 04-00-04 though so the winner of that comp is already out there!

wonder who got it.

Edit: hindsight I should have realised 40 is already taken by HSBC 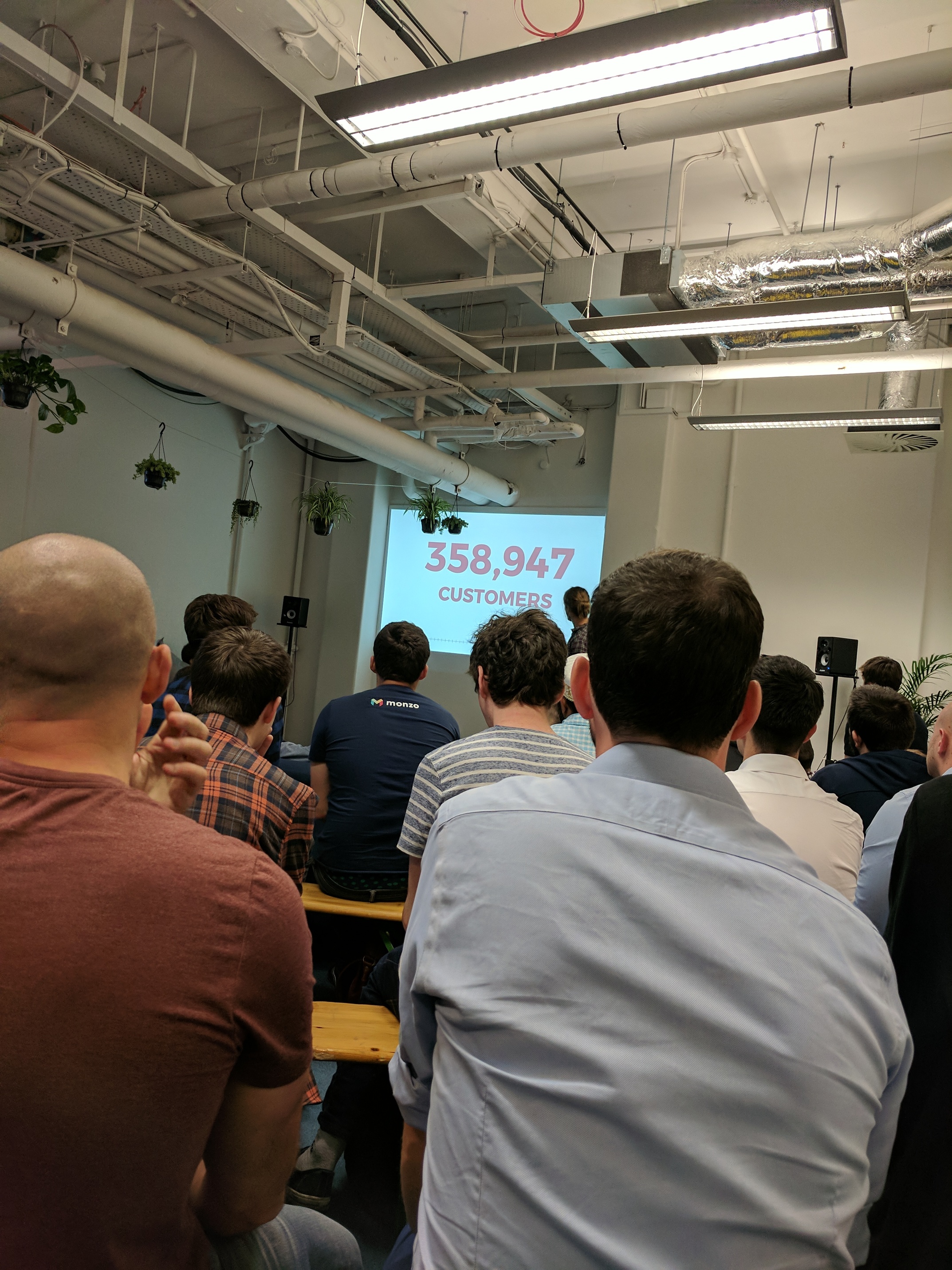 you can see me in this photo, sending a photo of that slide to @alexs

I was to the left of he plants right at the back. Wasn’t quick enough for a seat.

I think I saw you take a photo!

yeah, alex made me

There were loads in front of me and the plants too so just posted the numbers instead of a photo. Saw two guys there with SpaceX t-shirts. Gave me as much envy as seeing all the Monzo shirts

It’s amazing to see a growth of nearly 360k people since I became a member! I’m definitely seeing an uptick in friends asking for Golden Tickets too ^-^

I think the number of customers will rocket once the current account is fully launched, people would be mad to stay with the high street 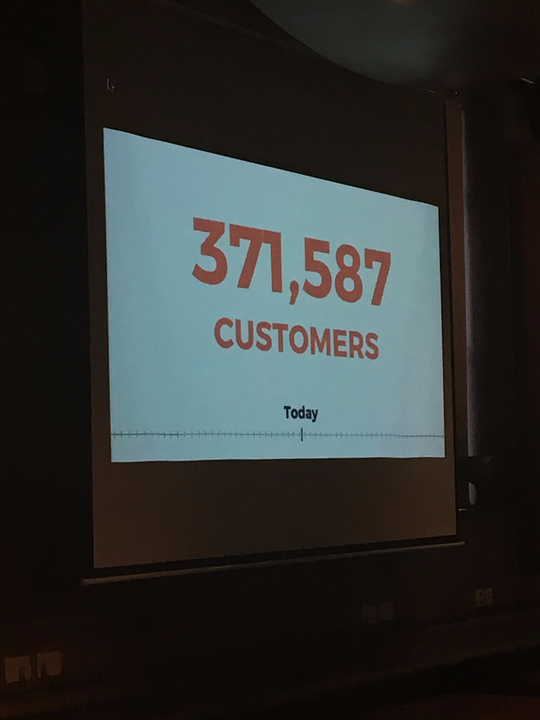 nice to see the growth continuing

In one of the YouTube clips I’ve seen, it was suggested that the number of ‘active’ card holders was a key metric within Monzo.

Clearly, now that some of us have current accounts it’s possible that our prepaid card use will plummet as we replace one with the other. If they’re really looking at card use, the metric could get a bit skewed between the current account preview rollout and the closedown of the prepaid programme.

Of course, you could overlay the CA users on the same graph and run the risk of double counting anyone still using both.

Can monzo not automate this as they have the live rollout numbers? They could dedicate a page on the website to this information. Would be one of the first to be so public with this information.