I have about £1700 of short-term debt across 3 credit cards, on top of that a loan for my car on a 4-year PCP agreement.
What are the best options for getting rid of all my short term debt? As I don’t want it becoming long term debt. I have a balance transfer card, however I’m not too sure on whether it would be worth piling all the money onto it, throwing away the card and paying it all off? Or whether to take out a small loan, pay that back because then I have no choice but to pay it, but I do have interest rates then.
Ideally, I want to get back to no credit, higher savings and budgeting. I got the car as a must, I require it for work. But I want to be at a point where I can close credit card accounts, possibly keep one open, tucked away in a drawer for complete emergencies? Have a better savings’ situation setup as I’m trying to put more into a LISA to put towards a house deposit.
I’ve also been on an eBay listing spree to recoup some money to put aside within Monzo labelled “debt pennies” which I used to pay off credit card balance.

All tips would be helpful, just want to get back on track with my finances

Edit: Unable to do a Balance transfer from other two cards to my Halifax account. Slightly annoying.

If you don’t mind me asking, how much money to have left each month after “essential” expenses?
Could you not have a very lean few months and get the debt paid off?
I know it may seem like it while you are trying to pay it off, but £1700 isn’t a huge amount of money.
Moving debt around or trying to consolidate it is rarely a good idea.

Usually have around £400 aside for car finance, rent + phone bill. I’ve just started a new job with a better pay package, so I’m hopefully going to be able to have a bit more aside each month (after tax yuck).

I would start by making a list of income and expenses.

Then any annual payments if you have any divided by 12 put that amount into a separate pot.

That leaves you with your disposal income.

Say that’s £500 left from your take home, it’s then how fast you want to clear your debt and how much fun/clothes/gadgets you want to sacrifice.

I would then wait until that savings pot builds up to say £1200 after four months and then pay off £200 so it’s reduced to £1000 as your emergency pot. For the fifth month use all the £300 to pay off the debts.

Pay minimums on all but the smallest balance, hurl money at it until it is gone. Then tackle the next biggest, then the next until they’re gone. Dave Ramsey’s debt snowball method, in other words.

Then get close the two newest credit cards.

I like the sound of that to be honest, seems like a good idea “snowballing”.
Maybe even stash some away each month for what I would be spending on CC repayments?

I would say forget the savings for now and chuck the £300 at the debt.
Yes it would be tight, but could in theory be debt free in 6 months, leaving many years (from age 20) to build up a nice little nest egg

Actually I agree it might be better paying it straight off, my only thinking was having enough to pay the minimum CC bill and non credit card bills like direct debits if things turned sour. For the three months building up that small safety pot it wouldn’t be that much interest saved in using to pay straight off. If you’re confident you could always get to £700 paid off and go bam £1000 off and cleared. And then look to start saving.

Out of interest, how is that £1700 split across three cards? Mostly on one, or evenly split?

I wouldn’t worry too much about putting money away, just throw it at your smallest balance. The time for saving comes when the cards are gone.

If you’re 20 and employed, get rid of the cards as quickly as possible and then get into the habit of saving and investing now, rather than later. Time is on your side right now, but you’ll be amazed how quickly that disappears --life’s too short to spend it in debt.

Take out a life insurance policy immediately, up to the age of 65!

If you’re thinking of only paying one CC, priortise the one which charges the highest interest rate first- not the one with the smallest balance (and use the balance transfer offer if you can) - while stopping all new spend on your credit cards

As it is, I would stop trying to save a deposit and pay off your debts first.

I have very little savings kept, would it be worth using that to pay off the bigger balances? Around £500ish which I’ve kinda just punted away

Definitely
that’s 30% of the debt gone straight away

I’d go for the card that’s costing you the most each month.

The only thing to also add is don’t get too stressed about £1700, it might sound a lot but in the scheme of things it’s not. The key thing was spotting it now and doing something before it becomes a pain.

Also when doing the budgeting split up need and wants. See if any wants can be cut/reduced depending on how fast you want it cleared. Also worth checking if you can switch any utilities to cheaper contracts etc.

I mean only real contract which is pricey to me at least is phone, but that’s locked in until next year.

I worked out after fixed monthly bills, excluding CC direct debits + savings I have £650.
I would usually do £85 split between the 3 CCs and £150 into savings.

I worked out after fixed monthly bills, excluding CC direct debits + savings I have £650.

There’s an ongoing debate between fans of the “snowball” method vs the “avalanche” method suggested by @gt94sss2, but you should be done in 3 months so there’s not a lot of time to be accruing interest.

When you’re done with the credit cards, I’d like to introduce you to Mr Money Mustache… 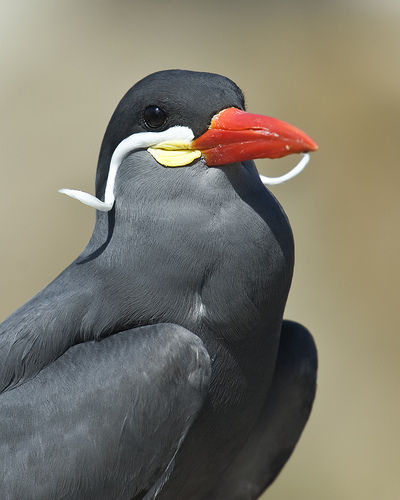 Here at Mr. Money Mustache, we talk about all sorts of fancy stuff like investment fundamentals, lifestyle changes that save money, entrepreneurial ideas that help you make money, and philosophy th…

From a financial pov it makes sense to tackle the most expensive debts first. From a feeling good pov and easy win it’s the smallest debt. With the debt amount and timescales in this situation probably not much between it.

So on the fifth month happy days.

And if you lucky enough to have any “fun” cash left over at the end of the month, throw that at the debt too

In the long run you’ll be better off

Your essential car will cost you an unknown amount each month. It’s a never ending risk. Could you look for a job that doesn’t need a car?

How did you build up the debt in the first place? Do you have the best phone, the latest clothes, etc? Are you mentally ready to live within your means after debt repayments? Is a lifestyle change required?

Good luck Sir. Hope you get to where you want to be.