No clue if anyone here uses Ledger Nano S (bitcoin hardware wallet), just interested to see your experiences on it, I just ordered mine. 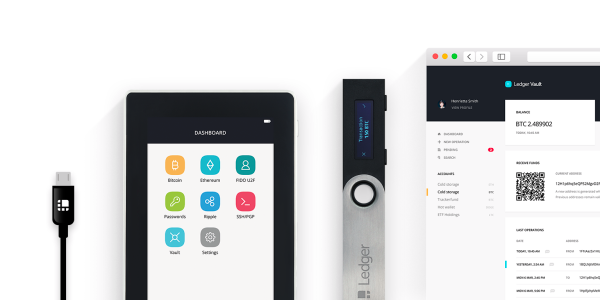 A 15-year-old programmer named Saleem Rashid discovered a flaw in the popular Ledger hardware wallet that allowed hackers to grab secret PINs before or after the device was shipped. The holes, which Rashid described on his blog, allowed for both a...

There are vulnerabilities in a lot of these hardware crypto wallets. I was at a security conference last month where a number of different attacks were demonstrated.

To be fair that attack on the nano s was shown to be impractical.

Were there any realistic attacks on the nano s shown?

Impractical depends on who the attacker is. If you want to make sure your mates can’t bugger about with it, it may be absolutely fine. When it comes to organised crime gangs, the resources at their disposal are frightening! If there’s the chance to obtain millions in BTC, they’ll throw a lot of money at getting into these devices.

With a supply chain attack, for example, all they’d need to do is offer a chunk of cash to someone with access to the warehouse.

It’s a practical way to put your crypto into cold storage and with programs like ledger live you can track the value of it all. Haven’t had any issues with it and I’m pretty glad I own one!

I stored all my BTC in mine until I sold it. Much better now they have their own apps rather than Chrome apps.

I have a Trezor and a Nano S and prefer the Trezor.

Not a fan of the Nano S Chrome Apps which never seemed to load the wallets correctly although I think this has now changed but still not used it for a while.

I know most people seem to prefer the Ledgers though so much a personal thing! Definitely a must have for anyone with crypto though!