Housing market (renting and buying) 📈 or 📉?

Not sure if we’ve had a Topic like this for a while so I’m starting a new one.

I’m currently looking at renting a new flat so I can live with my partner and I’m seeing articles like this saying that prices are due to drop. 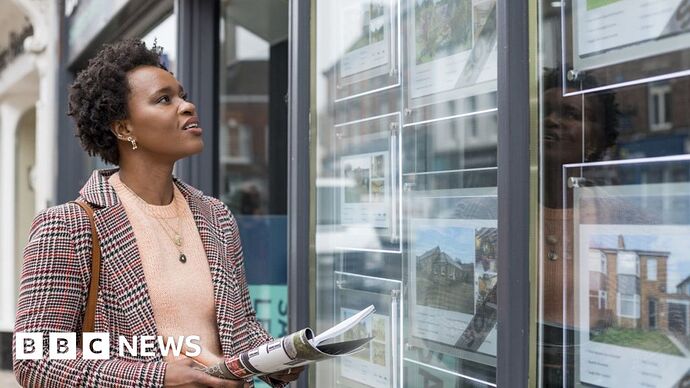 House prices: What happens when they fall?

How could rising interest rates affect the housing market around the UK?

I’m yet to see this reflected in the real world.

Anyone on the Community keeping an eye on the market?

How wild are prices in your area?

We were offered a few thousand over asking days after going on the market. Now I just want the prices to not fall until we exchange (but I hope even if they start to fall our sale goes ahead as agreed).

We’re needing to move & looking at rentals. Where we live there’s not a lot coming up, but things do seem to be getting more and more expensive. I’m seeing things that were advertised 6 months ago advertised again for 10-15% more than they were previously

Still selling fast here in West Lancs - I think we will see a slowdown but it hasn’t quite hit yet.

I’m currently looking at renting a new flat so I can live with my partner and I’m seeing articles like this saying that prices are due to drop.

Sadly I doubt that’ll happen for rentals, if anything they’ll go up

It’s still relatively tight (for now) around us in that there’s not a lot about, and what is goes so quick that the prices are remaining high…for now.

It can’t last forever though, so I can see a large drop in value happening next year (though perhaps not as bad as 2008/09).

Good luck in your search!

I want to buy a new house, price up to double what mine’s at atm. But the problem is that with the mad high intest rates, I’ll be paying about 4 times the monthly price.

I have literally since posting this topic see a few properties get re-listed at lower amounts after being up at quite high. But yeah beyond that it’s jumping on a property as soon as I can and hoping my partner’s new status as Doctor helps impress a letting agency (I doubt it would help

Currently still saving to buy which is obviously not the easiest and I’m very fortunate that I can save something each month.

We were lucky (?!) to start renting kind of during Covid, and the property had been empty for over 8 months prior so we put an offer in for something like £250 less and was accepted.

But I can’t recall any other instant where I’ve had reduced rental amounts.

Our landlord just fixed before the rate increase. We asked if he planned to raise the rent and be said no and won’t do for a few years, if at all.

Also said he doesn’t use it to build revenue, just covers the mortgage and a little aside for repairs.

Was quite nice to hear that he’d rather just keep us here than shift out good tenants. Past landlords have been so greedy.

Update: viewed a flat tonight - surprisingly big but the letting agency has a 3 monthly inspection policy

I do not approve

We have an annual one which works fairly well and is over in a few minutes by staff from the concierge who we know quite well.

That seems totally reasonable having an annual inspection - at a push 6 months inspection is annoying but 3 months is crazy IMO.

Rents will likely rise as people sell off their interest only buy to let’s or seek to cover costs on them.

Our house has been for sale for the last 8 weeks - an initial offer for just below asking was withdrawn and the best offer now is quite a bit below asking, the estate agent is saying this is common and we should consider it, other agents are saying the same. So I think they are definitely falling or at least it’s harder to sell.

Unless you are selling it’s hard to know except for talking to estate agents - the selling process is long, the land registry takes a few more months to update, and it takes even more time to have enough relevant comparables to be certain of a trend. So if offers are lower now (which I think they likely are) it will take 4 - 6 months or so to see the real data confirm that.

I do not approve

I did not when I was renting. But having purchased a former (private) rental property (that presumably had no inspections) and having recently viewed some other former rentals, I can now fully appreciate why landlords/estate agents want to do it

Yeah I get the idea if a landlord had been burnt before by bad tenants that they’d not want it to happen again - I just feel that it’s a huge inconvenience for tenants who provide in most cases a large monthly payment to live in the property.

In addition - I’m far too old for a party flat where the place would get damaged.

Sorry that the offer fell through

Can only imagine how stressful that must be waiting in a situation like that.

Hope an offer comes in to meet your expectations soon - do you have another property lined up?

Actually looks like we won’t sell. We were selling as we broke up, but with things as they are we’ve decided to amicably live here together in separate rooms (thank god it’s two bedroom!). He’s off for several months soon anyway.

In these conditions if we sold we’d likely both be back to rentals, which I can’t cope with. The only upside is we paid off a big chunk of the mortgage with a Bitcoin I sold, so will just about to be able to afford the remortgage on this!

Tbh I can’t, it’s pretty pointless. As a landlord your best bet is to just charge when they move out.

Unless they are absolutely trashing the place there’s little you can do while a tenant is in-contract. You can’t charge for damage and evicting them will be a nightmare.

As a landlord your best bet is to just charge when they move out.

But will you be able to charge them? Better to start proceedings (or even just have a discussion if things have taken a turn for the worse to see what’s up) than not know until they move out and you find carpets torn to shreds, peeling wallpaper and cobwebs up to your ears!

Also, thank you @AlanDoe for giving me nightmares two weeks into the selling/buying process. Our transaction needs to happen because I don’t think I can live more than 6 months in our current area