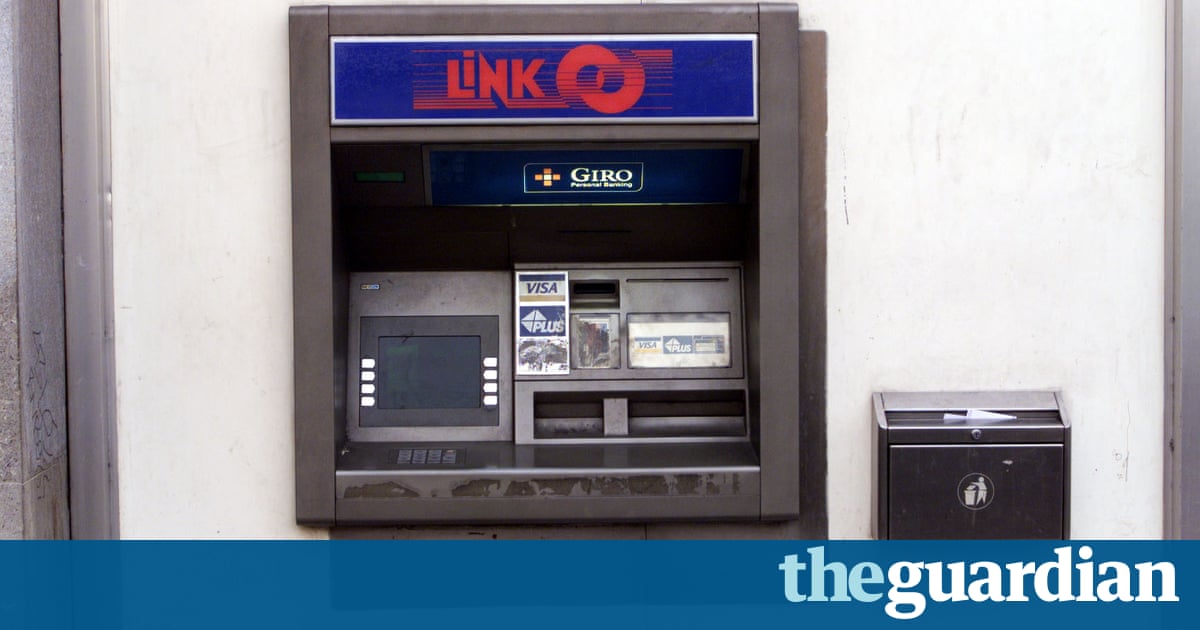 We went through this back in 2001 or so when the banks wanted to charge customers for ATM usage.

I very rarely use ATMs these days and rarely carry cash. I know this isn’t doable for everyone but it’s the way things are going.

Charging for ATMs would really…concentrate the mind. I think it would pretty much kill cash.

“[There are] 5,000 more [ATMs] than three years ago and the usage of cash by consumers is going down,” he said.

Data from industry lobby group UK Finance showed that the number of cash payments decreased by 11% between 2015 and 2016,

Yes I’d read that somewhere else actually. I’ll try and find the source - but something to do with cash being king when it comes to fraud.

Apparently, in Sweden, only 20% of transactions are in cash, and only 1% by value (probably excluding the black economy).

I rarely need cash. When I do, it’s for small, local transactions. My newsagent takes cards, and he is quite happy to do so, but it costs him £0.50 for every transaction. It doesn’t seem fair to me for him to lose what could be 25% of the transaction to his card processor.

So losing free ATMs wouldn’t be an issue for me in London, but I can see that it could be a quite a problem in other parts of the country.

but it costs him £0.50 for every transaction

I doubt this very much.

This was before Contactless was introduced that was specifically designed to replace cash for small value transactions.

Unfortunately, many traders have maintained, for cheaper Contactless transactions, the 50 pence charge for transactions under a tenner thing that they previously had with Chip&PIN.

I suspect some are just mistaken but many know that it’s a great way to fleece customers for a bit more.

Yeah, either they are on some ancient price plan or they’re lying cos they’d rather cash, or they want to persuade you into grabbing some impulse purchases to make it worth their while to run a card transaction.

At the moment you can buy an izettle card reader for £25 and then pay 1.75% fee for any transactions up to £2000 a month, after this amount is exceeded the fee goes lower.

So if I had that it would cost me about 2p to process a £1 card payment.

I was in a coffee shop recently that had no notice of minimum spend for Contactless payments. Went to pay for my overpriced coffee, albeit priced at less than a fiver, and was told that it was going to be an extra 30 pence for Contactless.

That told me two things:

I refused as there was no prior notice of this charge and suggested to them Contactless was meant to be an alternative to cash transactions.

They waived the additional charge as I’d had to wait 20 minutes for my coffee.

I’ve not been back.

Just to be clear, he wasn’t trying to push me one way or the other. I’ve always used cash there, because i had always assumed (incorrectly, perhaps) that it helped to support small traders.

When I asked him which he preferred, he said it didn’t matter. It was only when I asked him if he got charged for taking cards that he mentioned the 50p.

Fair enough. If that was my shop keeper buddy I’d definitely let them know there are much cheaper options

50 pence is for Chip&PIN. I’m sure Contactless is cheaper.

They waived the additional charge as I’d had to wait 20 minutes for my coffee.

I don’t think I’d have waited 20 minutes for a coffee. But then I am really bad at standing in queues.

I had time on my hands that day. Normally I’d have left and found somewhere else. But I’m able to queue

There is a new pub near me and the charge 40p per card transaction regardless of the amount, needless to say I walked out even after they had poured the drinks.

That would’ve cost them more than 40p…

Indeed, there was no signs either and it wasn’t until I took my card out that she told me. I even said I have no cash and was there no way she could wave it and she said no and said there was a cash machine next door I said nah forget is and walked off.

At which point I would have screamed “I’ll waive it mate!!”

A normal person would have done yes…