Equity for Punks is Back

If anyone is interested please feel free to use my referral code: 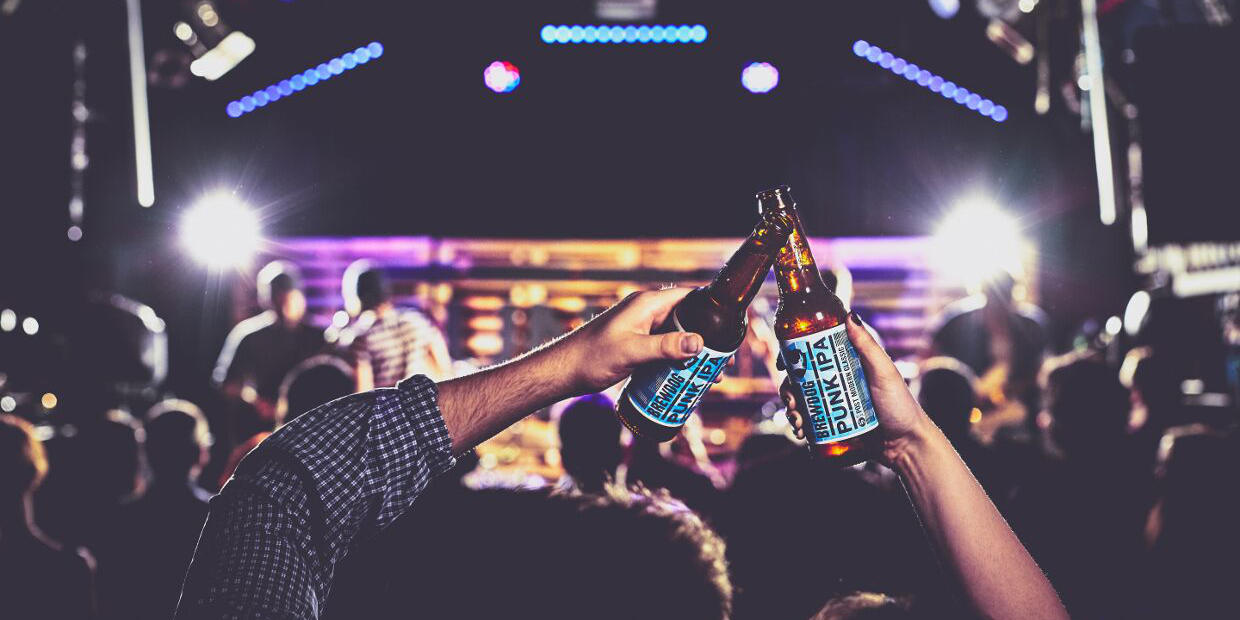 Find out more about BrewDog’s latest crowdfunding round

If I liked their beers… I’d probably do it, but I don’t so I won’t.

There are better breweries up here in Scotland

Unfortunately, neither of these are investable

A friend invested in the first round, whenever that was, and even though he’s a fan of the product (and even went to stay at their Brewery Hotel which I think is in Ohio?) he seemed to regard the investment as a bit of a waste of time/money. I’m not really sure why. Maybe he expected an IPO by now.

The IPO is due next year last I heard (last year)

BrewDog lays out manifesto and says 2020 IPO on track

How likely that is I have no idea!

Since then they divided the shares by ten, to sell a large chunk of the company to a decidedly non punk American company, so I have twenty shares now

Seemed a bit of fun three years ago, but now wondering how I actually feel about the company (find the founders increasingly irritating) and no nearer taking my small amount of money back out

Is there a benefit of using someone’s referral code?

If anyone else is interested, looks like you get a free beer if you get a few referrals

If you fancy sharing the love a bit, just got my code:

I bought some shares a while back, and have occasionally bought an extra share every now and then. Think I have 27 now. I have to admit the frequency of their crowdfunds gets a bit annoying and their marketing team are a bit too hyperactive.

Did anyone win the £1m shares last time or has that yet to be announced?

Their valuation is absurd - which I think they well know, because I just read their investment ‘prospectus’ and the actual valuation was very hard to spot (I couldn’t even find it, I had to calculate it - it’s an astounding £1.82bn).

The whole prospectus is pretty deceptive in my view. It presents a load of figures, but without starting with the valuation all of these are meaningless. Clearly aimed at people who won’t know what they were buying.

Right now their EBITDA is a mere £8.4m - a drop from last year. The revenue is growing but that’s a bit inevitable, given they have raised so much crowdfunding money to invest in growth.

The cashflow models show quite clearly that it operates on slim margins. It’s operating profit in 2018 was a miniscule £800,000 and it’s gross margin just 33%. Overall, this is not a business with returns or revenue that warrant anything like a £1.8bn valuation. Without successive crowd cube raises, it would not have any money to fund growth and the revenue growth they are so proud of will stall.

If they were to IPO right now, I’d think they’d struggle to get £10 per share and there’d be a lot of very disappointed crowdfunding investors.

Other than the perks I see no appeal to these shares.

Some of the comments above are misleading tbh. Measuring profit during periods of extreme growth is fruitless. As an example it’s worth looking at Uber, Amazon and even Monzo. They have invested massively in a fleet of bars and are expanding globally. I’m ready to cash out during an IPO but let’s not knock their absolutely stellar growth over the past few years.

Looking into it all further (now having had time to read the prospectus a little more).

I’ve gotta say this round screams massive PR stunt. The price per share doesn’t seem good enough, when coupled with everything else, to warrant a large scale investment (not that I was anyway).

I rarely visit their bars, and find some of their marketing practises really offputting (they apparently regularly steal work that agencies have pitched them) but I bought a single share, for the hell of it. It’s good to see a Scottish company do well.

Worth a go for £25, I’m likely to make that at least in discount so any share value is a bonus. Added my referral link to the wiki

Early stage investors have made huge - albeit unrealised - gains, but I think anyone investing now has missed the boat…I don’t really see how the IPO price will be massively bigger than £25.

It’s actually baffling that they’re doing this at all. £7M is peanuts and they really don’t need the money (they had a private equity investment of £120M only 18 months ago) - it has to be purely a publicity thing.

I invested twice, 7 and 5 years ago and tbh the IPO can’t come soon enough.

Monzo has a reported valuation of £2bn (higher than brewdog) and net operating income of £1.8m (y/e Feb 18 so will be higher now). Fintech, craft beer, start ups - all valuations seem pretty darn crazy these days.

Disclaimer: I have invested in both Brewdog and Monzo.

Some of the comments above are misleading tbh. Measuring profit during periods of extreme growth is fruitless. As an example it’s worth looking at Uber, Amazon and even Monzo.

But you have to measure the valuation somehow. No one is knocking their growth, but just because a business is growing, that doesn’t make any old share price worthwhile. It obviously affects the way you assesses the value, but you can’t just look at a single chart of revenue growth and think ‘this is a good investment’.

If the company wasn’t growing at all, it would probably be worth around £1 - £2 a share right now by traditional valuation methods. Because of it’s strong brand and revenue growth rate and the potential ‘buzz’, it might attract £10 a share at an IPO, although even that seems like a very ambitious markup for a bricks and mortar company.

Bear in mind companies like this do not scale in the same way tech companies do, Brewdog’s operating expenses will grow in line with their revenue, and therefore gross margin and operating profit are very relevant measures of performance. Not the full story, but important to take into account when assessing the overall valuation of a company like this, as well as the overall revenue and revenue growth. Tech companies are quite different because they can scale without big increases in operating expenses and quickly rise to dominate a market.

And there’s still risk to price in. Brexit is a huge risk to their business model. Changing tastes are always a risk to growing food and drink companies. Physical international infrastructure always has risks, and Brewdog is in a very high risk stage of it’s growth.

Overall a £1.8bn looks hugely over inflated by any measure or analysis I can come to, which is why they are targeting inexperienced investors for their raises. This is a sharp contrast to Monzo’s last crowdfunding round - where the valuation was very reasonable from most analyses, and crowdfunding investors were joined by experienced VC firms.

I have no expectation of realising any gains from it, just wanted the ID card and discount and for £25 it’s worth a punt, even if you lose all of it (hopefully not because then you wouldn’t be able to use the discount either

I bought 1 share at £100 several years ago. This is now worth 50 shares. More importantly for me, I have easily made back my original investment multiple times over simply from the online and in bar discounts.

I remember the first Equity for Punks raise all those years ago, and my recollection is that even back then the numbers didn’t quite add up. So I chose not to invest, risk seemed too high. When they ended up making a success of it I was staggered, as it seemed so counter-intuitive.

With subsequent Equity for Punks rounds, I always ended up passing on those too. With the ultimate reasons each time varying between ‘still too risky’, ‘overvalued so don’t see a return in it’, and ‘they’re just taking advantage of their customers/fans now’.

End of the day, I don’t see Equity for Punks as an investment opportunity. Instead it’s clear to me that it’s just a glorified fan club, nothing more.

(The other thing that ultimately put me off Brewdog is that the bloke running the company is such a massive knob. For example, he had the company take part in a TV programme where a recruitment agency shortlisted some job applicants for a given position, the idea being that their way of choosing candidates would offer the company something they may not otherwise find. At no point did Brewdog head bloke really engage with the process. He didn’t seem to believe in it at all, underminded the process wherever possible, and ultimately took away the intial job offer, replaced it with a different made-up job offer for one of the candidates (so the programme could get its ending), and I’m not sure if said candidate ever actually took the job up in the end. tl;dr, the amount of willy-waving from Brewdog bloke was ridic.)

I have read his book (well, listened to him read it) and after many hours of consideration I concluded exactly the same thing as you