It will be very interesting to see how this plays out. It is a nominal interest rate, but a differentiator from Monzo nonetheless. It’s also something that appears in all the current account comparison charts, unlike all the real benefits that we know Monzo does (or will) offer. Also impressive that they can pay this interest despite the slim margins discussed elsewhere in the context of charges. But lots of unknowns there.

Time will tell whether this kind of thing makes a difference. But a bit more generally, Starling do deserve credit - building a bank from scratch is (as we know) a huge undertaking, and despite their apparent issues with comms/onboarding/etc they have actually launched, with more-of-less the same benefits that Monzo promises. However, It’s definitely a marathon rather than a sprint, and whatever happens competition is good - and will hopefully improve banking for everyone!

For the record, I’m not trying to take anything away from Starling in terms of what they’ve achieved with these comments, I’m simply focusing on one aspect of their product & critiquing it.

Obviously they’re in a strong position right now & have achieved a lot. I am aware of the bigger picture, even if I don’t mention it in every comment. That would be pretty tiring.

All true. Pretty much all those posting to this forum are proud to be part of the Monzo experience - and rightly so. It continues to be an exciting journey, with so much promise of things to come. The depth of the community forum itself, is testament to how far Monzo has progressed.

Really looking to see Starling gather pace, adding choice to the market. Monzo will surely be the better for it.

Definitely gonna open an account. Having a stake in several startup banks is handy and watching them evolve will be interesting. Gives you an opportunity to test out features as they emerge, and I guess all leading towards a decision on who’ll get your main banking business.

From my perspective, Atom gave investors an early sniff at attractive bond rates but have now dropped back, understandably, into the herd. Don’t see anything more innovative coming from them any time soon, unless you’re after a mortgage.

Fidor were an exciting proposition last year with debit card and main banking functions. They also offered attractive bond rates. Their parlous PR, however, reflects the lack of any real energy. As a German bank, I understand they scrub up, but are certainly not throwing their weight behind the UK offering.

Revolut was my first venture into cheap foreign exchange rates. Only used it in earnest once so far. I really rate the principal and their in-app real-time conversion will be all the better when they expand the base currencies accessible on the phone. For some reason much of their community forum is devoted to tearing their support to shreds. Perhaps I’ve just been lucky… They do need to increase limits though.

Starling - early days but looking forward to seeing it develop.

Heavily using Monzo for day-to-day shopping of all types. Haven’t used it for foreign trips yet but I know from this community already, that the user limits are far superior to Revolut.

Loot - signed up but not using. I’m anti a monthly fee.

Echoing Tom, it does look like Monzo and Starling are the real competitors.

Starling Bank - Will you join and how will it affect Monzo?

Loot - signed up but not using. I’m anti a monthly fee.

I’ve had a Loot Account since they first launched never been charged a monthly fee!

Sorry, I’m selling Loot short. T’was Monese I meant.
I didn’t proceed with the Loot account as it doesn’t look to be the right product for me. Thanks for pointing that out, Dave. I don’t fancy the lawyers knocking my door

, monesse and the monthly fee is exactly why I never signed up! Loot seems to be more aimed at university students looking to manage their money, I’ve kept the app but rarely use just wanted to see how it develops ( quite slow at present).

Yes, Loot looked to me to be aimed at university students and its been a while since I darkened those doors.

Looks like we missed this when it was published a couple of days ago, while all the news about Starling was coming out. Tandem has reduced staffing numbers by around 30 after a £29 million investment from House of Fraser failed to come through.

Monese has probably one of the highest standards of customer service of any of the banks I have been at. While their planned introduction of direct debits is a while off if you do transfer money abroad 2 or 3 times a month it is still worth paying the 4.95 monthly fee

If Tandem get this funding through from Sanpower at the same valuation I will be VERY shocked. You don’t throw good money after bad especially when you’ve lost your toe dipping it in the water. Ricky is probably trying to get another investor to come in by bluffing that Sanpower’s cheque is lost in the post.

Newsflash: Tandem are a lame horse in a race of too many horses and no one in their right mind is going to invest that sort of money in them now, especially as the speculative money has disappeared from UK fintech and sizeable investments are only available for dead certs. Their market cap should be around £5-10milion what with the lack of any progress and cash situation - so how on earth are they going to get a £29million equity investment? It is not long after this question and lack of an answer that you decide to sell up or are forced to fold.

I will be really surprised if Tandem is still in it’s current form by the end of the year.

Revolut are rethinking their pricing -

The foreign exchange startup turned challenger bank has scrapped its fee of 0.5 per cent on international money transfers of up to £5,000 each month.

It will also launch an innovative new feature called “Turbo” that lets users pay £5 to speed up the transfer from three to five business days to between one and two.

Revolut is ramping up its rivalry with fellow fintech startups undercutting the likes of Transferwise with free international money transfers.

I’m sure they were also thinking about the fact that Monzo & Starling are building TransferWise’s service into their apps. It’ll be interesting to see whether this is sustainable for them (in other words, whether enough users are willing to pay the £5 fee, to cover the cost of the free tier) or not.

The article also mentions that their next round of fundraising -

will help fuel aggressive growth plans, which include international expansion and the launch of Revolut for Business.

The quote is wrong though - revolut never had a charge for up to 5k of international transfer, the fee was for OVER 5k per month.

Here’s a screenshot from my app for proof. I’m on the standard price plan. 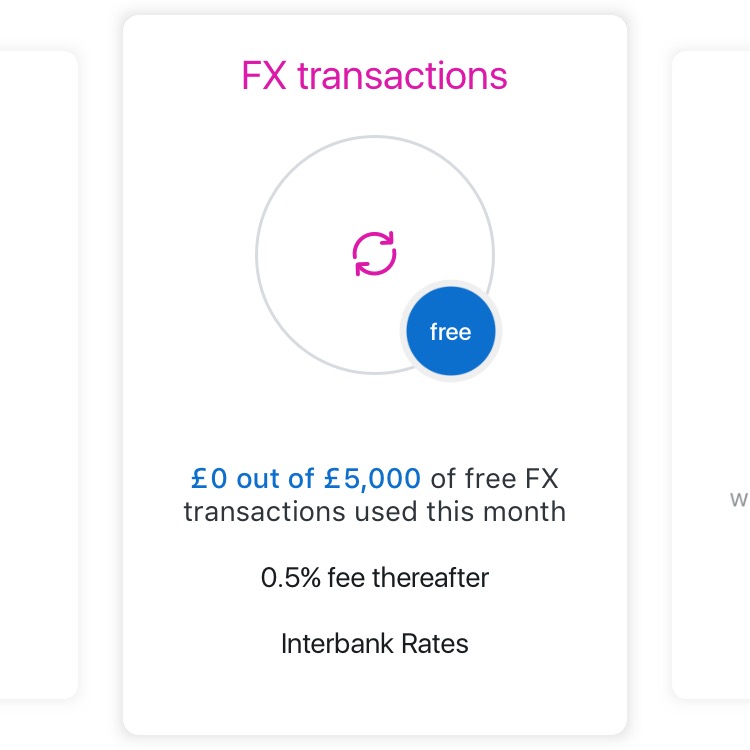 ATM limits don’t look too good though. This (combined with awful support) is what killed the card from me. 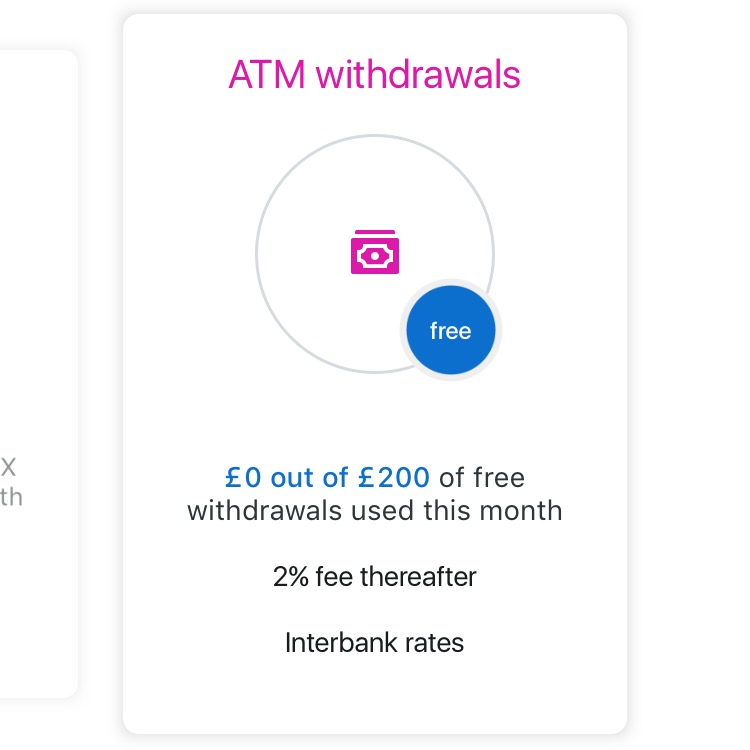 It is now but it sounds like all international transfers had a 0.5% fee before? That’s what the quote means - I assume that 5k is the new threshold but was irrelevant in the past so the way that the quote is written is confusing.

Taking a look back on my previous transfers over the past year or two, I was not charged any fees for international transfers (all stayed below £5,000/month).

I see so rather than this being a simple change to their fee structure, this is another example of Revolut adding a ‘fair useage’ cap to a previously free service & charging a fee when it’s exceeded.

Nope, the quote is just wrong, revolut never had a fee up to 5k per month and the fee above 5k was introduced months ago.

So in other words, they did this a while ago -

I see so rather than this being a simple change to their fee structure, this is another example of Revolut adding a 'fair useage' cap to a previously free service & charging a fee when it's exceeded. 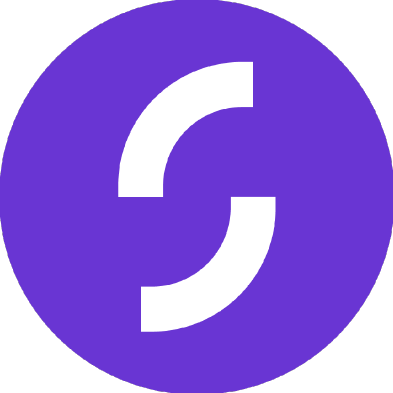 developer-resources - A list of useful links, our partners, as well as the stand out projects from the community