Oh yeah, I can definitely appreciate that it’s on the roadmap, but with it being a Tesco Bank account, you can see my more immediate need to get rid of this ASAP!

Simple has introduced shared accounts, their implementation looks pretty awesome.
Two cards, an extra shared account right next to your personal one: https://www.simple.com/company/announcing-simple-shared

But Simple only offer accounts to permanent residents of the United States, over 18 years of age, with a US Social Security number, so no use to anyone in UK 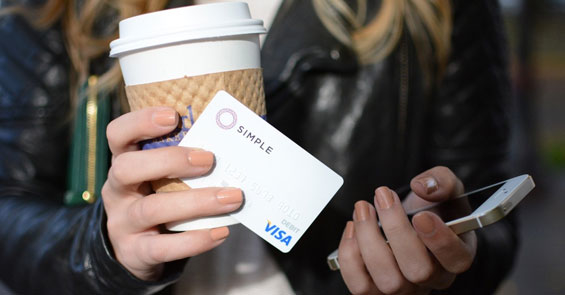 How Big Is Simple?

Simple's CEO says if it were a traditional bank it would need 850 branches and 6,000 employees to support its customer base. But that can't be right.

Britain is getting MORE banking app startups — can they all survive?

Soldo and the 'U' account have launched this week, jostling for space with Monzo, Revolut, Atom, Loot, Monese, and more. Can they all succeed?

Gualandri is a serial entrepreneur who made a fortune setting up a digital bank in his native Italy. He has self-funded Soldo and believes it will stand out because of its focus on parents, rather than chasing the millennial market like most other startups.

“We do only one thing and what we do I don’t think there are many, or possibly even any, who do it,”

This is on the roadmap, though it’s probably a long way off because it’s not on the open roadmap - Tom’s most recent comment on this (as far as I know) was during his Periscope chat (5:40 onwards) & the rest of the team are fans of the idea too…

then why wouldn’t you choose their service & miss out on all of the extra features that come with Monzo?

Monzo CEO Tom Blomfield tells me his startup bank loses on average £40 per year per user at the moment.

Blomfield says losses on customers will be cut by about £20 a year when it launches its own current accounts early next year.

that’s awesome, I’m assuming that that’s not accounting for overheads but those figure’s are really useful for explaining how Monzo can become profitable by providing overdrafts with low interest rates.

Blomfield adds that £40 loss per user per year compares favourably to banks, which will regularly pay over £100 in marketing and offers to acquire a single customer.

the difference being any Monzo card for under 18s will let them manage it themself say 15 and 16 year olds. Soldo’s offering is different in parents manage kids cards, think 9 or 10 year olds

the difference being any Monzo card for under 18s will let them manage it themself say 15 and 16 year olds.

Well we don’t know that younger children won’t be allowed to use the cards yet - if Monzo even creates this solution.

my point was even it both companies allow cards for 8 year olds their specific model is that their mum or dad administer it for them but at no point (correct me if I am wrong) has Monzo said that for any card they may introduce for minors, giving the impression those kids will have control of their own account

I was just pointing out that Monzo haven’t got into the specifics of what a solution might look like at all so far. Tom is talking about accounts for under 18’s in his quote so I see your point. But based on what’s been said so far, I don’t think we should assume that Monzo wouldn’t issue cards to children either.

Another white label banking platform, Finext. Looks like they started out in 2013 as solely financial data aggregation provider, but in May 2015 launched their banking platform.

Some more news yesterday about the demise of high bank branches -

Lloyds was bailed out in 2008 and has been on a restructuring path since. It has separated and sold its domestic retail business, TSB (now owned by Spanish banking group Sabadell) and is looking to shed 12,000 jobs and close 400 branches by the end of 2017.

The bank says that the branch use across its brands (Lloyds, HBOS and Bank of Scotland) has been falling 15% year on year

Slightly surprised to see that Citibank have launched an API hub, although the abstract descriptions don’t exactly make it sound exciting & the key features are available in Australia & Singapore only -

interesting talk from Brett King of Moven on the possibility of Fin tech banks being bought out by bigger banks and how far behind USA is in bank tech - very similar to Monzo set up - unfortunately 1 min advert at the start of vid.

Marketing for a mobile only bank centered around cash withdrawals 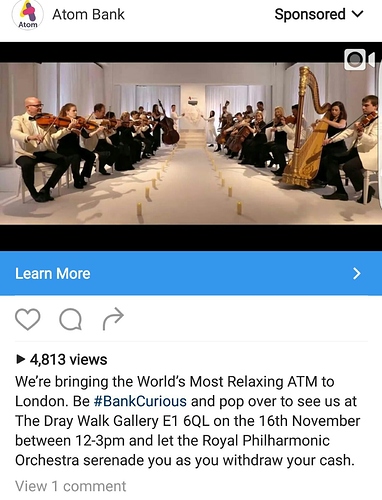 More of a partnership than a competitor but interesting to see this from mastercard:

I saw an email from Zopa today, they are applying for a banking Licence to become a bank

That’ll probably mean Monzo’s potential for partnership is out of the window then. Otherwise it’d be a conflict of interest for Zopa.

Monese which had originally proposed a 50p charge per cash deposit when they had free banking is now charging 2.5% for cash deposits despite introducing a monthly fee