So what indeed! Are you an example of Monzo’s customer service?!?

On a side note, does anyone want to buy my shares off me? Lol

Okay, but dripping sarcasm doesn’t influence business decisions. If it’s cheaper to lose business customers than to administrate a new loans scheme then you’d better believe that that’s what Monzo will do. Particularly now.

Aspirations to be different are great but going bust in support of that cause is still not going to happen.

FYI @Feathers doesn’t work for Monzo, he moderates (as part of the Coral Crew) in a voluntary capacity. Perhaps bear that in mind.

So what indeed! Are you an example of Monzo’s customer service?!?

I think my response time is quicker than theirs at the minute.

As already mentioned I have nothing to do with Monzo so my opinions are all my own.

You said banks generally don’t. Monzo and Starling are very similar banks. Yet Starling Bank are pulling their finger out and helping their business customers, after all the bank is guaranteed to make a fair bit of the BBL scheme as the GOV are backing 100% of these loans. Monzo seem to be pushing this certain agenda of being different and better… Whilst they are falling short in a lot of areas.

Again, I’m not disagreeing with you, but the different businesses will make different decisions based on their different circumstances. I can’t think of anything else to say.

We can dress it up as “helping customers” but I’m pretty sure that Starling see a measure of profitability out of this. Even if not and it costs both banks exactly the same to provide the service one has decided to bear that cost and the other has decided not to. Neither decision is “wrong” as such and customers are free to choose between them.

At a fundamental level, this is the point of competition in the market place.

I have no view on whether Monzo are right or wrong here. Indeed there probably isn’t a blank and white image of what right and wrong even means in this context. I fully accept that it’s a pain for those such as yourself who want access to the facility but a single customer isn’t going to influence a decision like this (assuming it is in Monzo control at all) and not should it.

Starling have a much more mature business offering so maybe that’s a factor here too?

Isn’t that why starling got millions of pounds from the RBS fund tho? To finance loans

On a side note, does anyone want to buy my shares off me? Lol

But yea, different banks make different decisions. For exactly the same reason that not all banks offer Mortgages, Credit Cards, ISAs or other similar banking producsts

but Monzo are supposed to make money work for everyone

I had this article pop up which I’ll link to below, here’s a quote from it though, so it remains to be seen at what cost it comes at to Starling in the future

RCG predicts as much as £36bn of loans will have gone bad, overwhelmingly led by BBLS lending (£23bn) which, due to the affordability concerns that we’ve warned about before, will come back to bite.

And especially come back to bite for fintech lenders like Starling Bank and Tide, which will be forced into the expensive process of recoveries (their conduct during this time closely scrutinised) on a huge volume of only moderately profitable loans. 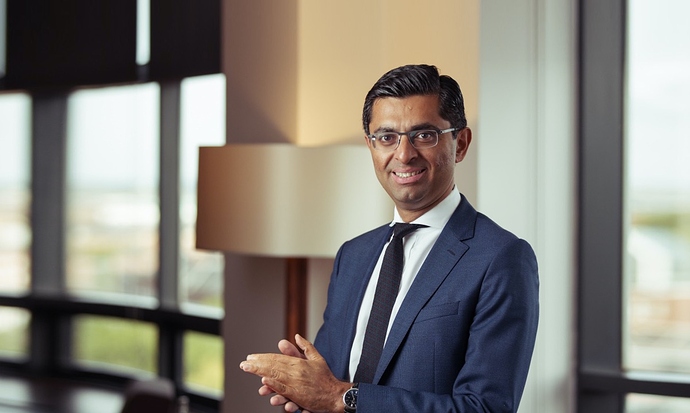 We need a ‘bad bank’ to save fintech lenders - AltFi

Saving the economy will has created a £36bn bad debt crisis, and alternative lenders will need a solution.

from what we have seen, Monzo are terrified of lending money.

They have 25,000 business account sign ups, but I wonder how many are active accounts and how many are paying customers?.

Re: Business accounts - you have to wonder how successful this will now be

Monzo are not offering Bounce Back Loans which I presume is a deliberate decision as everyone else is now accredited to do so. And if you were an SME would you want a bank who didn’t have your back during Covid?

hmmm lets see how much they have customers backs when all the silly bounce back loans to businesses go pear shaped …Im sure most will say , hey dont worry , you were an existing customer, keep the money, dont worry

You do realise that these bounce back loans are

% backed by the government?

The other banks wouldn’t be lending this money otherwise but Monzo seem unwilling to support their SME customers.

Edit: I’ve now moved these comments to the ‘Bounce Back Loan’ thread from the funding round discussion they’d invaded.

Really? Which banks are these?

you know, the one that Martin Lewis was talking about

No. That’s why I am asking.

Every other bank which offers Business Accounts seems to offer Bounce Back Loans - bar Monzo - hence the question.