Travelling in the US at the moment, where the majority of ATMs are of the design where you ‘dip’ your card in - ie. you insert it and then remove it, rather than the European style where you insert your card and it remains inside until your transaction is over.

Mondo cards do not work in these type of ATMs currently. Are there any plans to make that restriction go away?

Good deduction skills @jamess! This is a default setting but we’re working with our issuer and processor to get this updated since it’s affecting a fair number of people.

We’ll let you know on here once it’s updated

Interesting! I didn’t know this was a setting. Just out of personal interest, is there anywhere to see the specs of what is/isnt configurable on a card? (I guess maybe that is a wirecard thing?)

I was in Asia last week and I couldn’t get my Mondo card to work for ATM withdrawals.

Hi @JamesBell! Very slow response here, sorry! It’s actually mostly set by our card processor with approval from Wirecard. The mag stripe ATM was one that is a GPS (and prepaid in general I think) default) so initially I wasn’t even aware it had been set. In general though, you can configure basically anything as long as your processor has the capability to do so, for example payment method (PIN entry / contactless / mag stripe etc.) combined with merchant category code combined with country etc.

For the sake of completeness, I am updating this thread with a relevant excerpt from today’s blog post:

In the UK, almost all ATMs use chip and PIN to validate your identity when you try to withdraw money. However, that’s not always the case elsewhere around the globe and in many countries, ATMs use the magnetic stripe on the back of your card to dispense cash. Up to now, we’ve disabled magstripe ATM withdrawals to protect against the increased fraud risk that these ATMs bring but from today, it is now possible to temporarily turn on magstripe ATM withdrawals for 24 hours. You can access the setting from your Profile or from a transaction that’s been declined by a magstripe ATM.

on iOS app not Android

Great to see the new enable mag-stripe option in today’s (iOS) app update. However, I was surprised to see the feature buried in the Profie screen. To me, it should sit on the main card screen along with the Freeze option. This is where I go to manage the features of my card. Also, if travelling, I am (hopefully!) going to want to access the mag stripe option much more frequently than the freeze one!

on what they see the future of the main Card screen being? Thanks!

At some point we will split the current “profile” into “card settings” and actual “profile”. This is a mockup of how this could look: 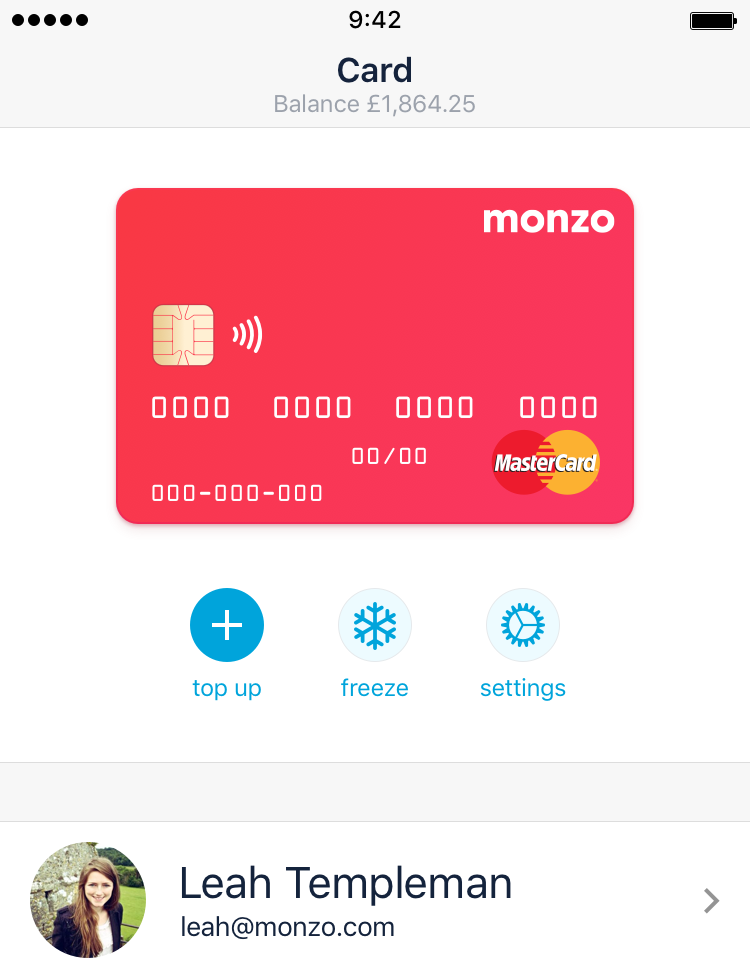 Looking good! (Not that I’m surprised

Please can you let us know when we can expect this with Android? Our need to withdraw money abroad is the same as Apple users you know and there are many many more Android humans on the planet than iOS ones…so I’m always a bit disappointed when developers always prioritise iOS…why should apple users always get things first? Maybe a few new features for the 'droid users before apple users is worth considering rather than us always following,…? Just saying…

Without creating yet another Android vs. iOS discussion, based on what I’ve looked in to so far, almost all of this feature is on the backend with the app effectively just asking for it to be turned on for the account.

I imagine this switch will become avalible in the Android app when it gains the profile screen to actually put it in.

Hey John, whilst the Android app is playing catch-up at the moment, that won’t be the case in a few months from now, our Android team are awesome and working super hard! I’m an Android user myself (Nexus 6P) so I understand the frustration, but time will sort things out

Why only for 24 hours? I would want to activate it before I travel and have it work for the duration of my holiday. That way I don’t have to try and find an internet connection just to turn the feature back on.

Is this available for Android yet? I’m waiting on my card but it seems that it’s unlikely to work in Cuba without this. And, Cuba isn’t the best connected, internet wise…

You can contact support via in-app chat and they can enable the feature for you, possibly for longer than 24 hours too.

That’s good to know, thank you.

Will report back next month on my success (or otherwise…)

Has the magnetic stripe feature been updated to android now? Thanks

Version 1.4 of the Android app is now live!

A post was split to a new topic: Magstripe question