What does passporting permission mean in real terms? Is this offering GBP account to people who live in ROI or actually launching EUR accounts? If the latter that’s awesome!

I assume from the fact both Monzo & Starling are targeting Ireland first, that Ireland is one of the easier countries to get a license in? Or is it just a geographical thing?

IIRC it means that Monzo can offer banking services throughout the EU because it has a UK banking licence. That could all change in a year or so, though.

The City AM article quotes “head of international Thomas George.” Last year, Thomas George called himself Head of Risk. It would be interesting to know more about his new(?) role. Any chance of a forum or blog post from Thomas about what he does?

Just been reading about Monzo and Starling on the above posted article link
Very interesting how both Fintech banks are pushing into the European market with Starling stating that by being first it should achieve a lot of the interest
Also read about Starling stating that they will be breaking even and possibly in profit by 2019 ?

Of course he could be Head of International, Head of Risk, and Head of Catering, and orders in the beer and noodles for Open Evenings

Very true! I’m interested to hear more about the Head of International role, though.

Quite simple going international could be deemned as a high risk.

Explains George: “Ireland is a great first step for Monzo: there’s no language barrier, there are strong cultural similarities, and the way people use banking products is similar. But as Tom [has previously] said, expansion into the rest of Europe would require us to build multi-language support, and make other changes to the product to meet local customer needs”. 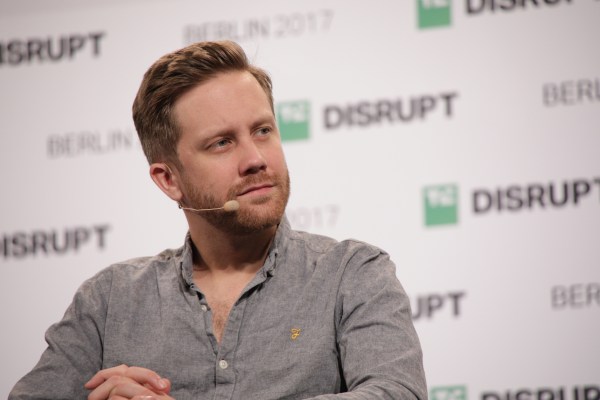 Monzo, one of a number of “challenger” banks in the U.K. aiming to re-invent the current account, has announced the first step in its plans for international expansion with news that it has regulatory approval to operate in the Republic of Ireland.

That TechCrunch article is a lot better than the City AM one! I can see how Monzo can get by without an office in the ROI, but would they need a distribution partner there so that cards can be shipped next day as they are here?

“But as Tom [has previously] said, expansion into the rest of Europe would require us to build multi-language support, and make other changes to the product to meet local customer needs”

Ok forgive my potentially massive lack of knowledge, but aren’t there language packs/add-ons/settings that would allow Monzo app to display everything in other languages? I get the need to (hopefully) source local talent in countries to provide awesome Monzo customer support ubut technically how hard is it?

I imagine this is the big issue. If they provide the app in a different language, a native speaker of that language would reasonably expect to be able to communicate with Monzo in that language. That includes any email notifications, legal documents, etc.

I’ve just looked at the Barclays Irish site, and there doesn’t appear to be any obvious way to see it in any language other than English, so Monzo wouldn’t be the first UK bank to not support Irish Gaelic.

Good point, I didn’t think to check bank websites! Allied Irish and Bank of Ireland also lack any obvious way to switch to Irish Gaelic, so this doesn’t seem to be an issue.

From what I’ve learned in my short time here is that Ireland is the easiest place in Europe to passport because there is no language barrier, and as Tom states banking is used in a similar way.

We’d want to understand the way banking is used before launching our product elsewhere.

Passporting, in short from what I understand is applying within the EU using your banking license without having to start from scratch.

@jzw95, I’ve bought your point up about Thomas’ role, he is indeed Head of International, slack says he is Department of Magical Law Enforcement though - he could be anything.

Thanks for the explanation

Thanks for linking that!

What’s interesting is that at the Christmas event, Tom stated the US would likely be Monzo’s first international market… did Ireland come out of nowhere, or was it always a secret surprise.

I think Monzo in Ireland is a great idea, the country needs some competition!