Going back to Monzo credit reporting feature as a comparison. Monzo didn’t say you’ll have this for free, but the expectation was that it would be, as it’s not something that warrants paywalling when other banks and services like Credit Karma offer this for free. You shouldn’t be paying to access your own data in the same way you shouldn’t be paying for them to put in a limit order instead of a market order. The expectation is that it would be free.

If Freetrade had say added extra reporting or something like Genuine Impact analysing stocks, then there is no expectation that would be free at all.

I used beans as example because that’s how trivial it is. It’s like if Monzo didn’t have support for Direct Debits and then told everyone we now have it but it’s £9.99 a month for that feature.

As a user and an investor in Freetrade I’m personally glad they are charging for things earlier rather than later. Monzo made the opposite mistake and are now finding it super hard to get to profitability’s

I agree Monzo have made this mistake. They should have built the core, drawn the line, release Plus then start building things and announce from the start this will be for Plus. It’s all about communication.

It’s like Monzo with the open banking integration, they gave the expectation that it would be free, it’s also free under other banks, they even released the feature to some users.

It then got to releasing Plus as we need money, and going shit what else can we put under it to give it purpose.

What they should have done is say right open banking is free, that’s what people expect, that’s the expectation. See your transactions and balance listed inside Monzo, done.

However if you want it integrated into budgeting so your credit card spending and debit are all in one place then yes that warrants the Plus.

I feel the same with limits/stops and paywalling access to stocks, it’s such a trivial part of what you would expect from the free core, it’s like they panicked and thought right we were going to release that and then the accountants leaning round the corner and going, “stop, we’ll make them pay for that, we need money coming in”. And everyone going really? I don’t know how that will go down, people are expecting that for free.

to paying to get access to stocks, in the same way I’m

to paying to deposit my own money.

The expectation is there when other free platforms have had the ability to place limit and stops for years. I don’t know any other platform where they are putting it behind a fee as a feature. It’s just a lazy way to stick a price tag on it.

Which others enable you to obtain this for free?

As far as I know T212 is the only one.
Everything else I am aware of has either platform fees or per-trade fees, or both.

My main issue with Freetrade is that you can’t take your stocks elsewhere if you decide to move to a different platform (or if Freetrade goes under). If I have a few dozen shares of Apple I don’t want to have to sell them at what might be a bad time before buying them again on the new platform. 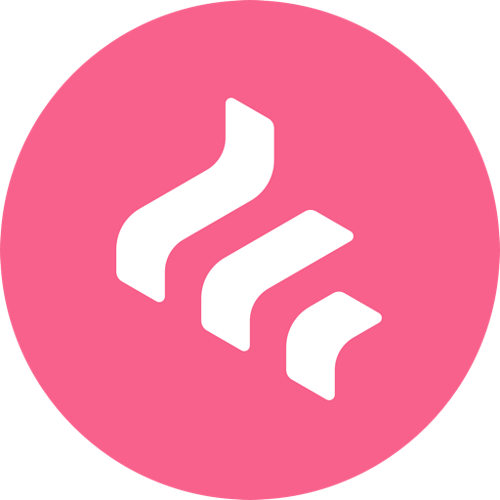 Freetrade doesn’t currently support share transfers for transfers to other providers so would have to be cash transfer. Source: In-app chat support. You could probably have the sale executed as part of the transfer (rather than sell shares in...

Also, why don’t I have access to all listed companies on a given exchange? Surely, if shares are listed for sale I should be able to buy them. That you can’t transfer them out of Freetrade makes me wonder whether you are actually buying them at all.

Your expectation maybe? I’m not aware of it being an expectation elsewhere it was never offered free. 212 prioritised user numbers over sustainability of their invest accounts.

As I said not my expectation, the Freetrade community expectation, if you have followed the threads on it you’ll have felt the frustration. I’m definitely not alone in thinking limits and access to stocks shouldn’t have been paywalled.

Thats not really a fair comparison. They have both been active in creating the retail platform since about 2016. This is like Starling Vs Monzo. Not HSBC vs Monzo.

There’s nothing innovative about it but it’s actually pretty standard, a number of brokers do the same thing. It’s that or charge per trade which isn’t something they want to do. Flat fee is their approach and this is generally seen as a much better practice not to mention there’s no trade fees.

That doesn’t make it right, looking at other brokers, and going right we’ll make some money not by doing something new that extends the core free product, we’ll just slap a price tag on limits and hide a few stocks unless you pay.

As mentioned it’s the same lazyness as Monzo pulling back features that were intended for general release and sticking them behind a paywall last minute.

Hopefully Freetrade comes up with new things that warrant the £10 a month and then release limits and stops to the free core (as it should have been imo and a lot of other peoples opnions).

I know your all in on 212 but zero cost comes with it’s drawbacks.

I’ve said a few times I have many brokers, I’m not all in T212 at all with most under AJ and HL.

I have a Freetrade account, but its no comparison to what is offered under T212. Not even close.

So whilst I haven’t been there from the beginning, I still care enough about Freetrade that I want it to succeed and grow to push forward what is expected from a broker in 2020 onwards.

I want to see innovation. Not just sticking a price tag on some basic features are expected to be free.

Did Freetrade ever say this? I’m not sure they did, happy to be corrected though.

It’s already been tried here. Expectation and what is said are two separate factors.

If you bought a new car and it got delivered on a trailer and dropped on your driveway and it had no wheels. You would be like what the hell, I expected it to have wheels. Phoning the seller up and they say well we didn’t say they would be free. Yes but I expected it. That was the expectation.

You don’t seem to be acknowledging this isn’t just me with this expectation. It’s a widely held opinion if you follow FTs own forums.

I’m saying because someone else does something, doesn’t mean you copying them is fine. As customers we should be giving them both barrels if we feel something is taking the piss. That’s not Freetrade, that’s any business. They are here to serve us.

I can’t see how having money with Freetrade is any safer than T212. I don’t see how you can make that assumption based on facts, other than a gut feeling.

One of the most unusual sentences I’ve read on here.

It’s a widely held opinion if you follow FTs own forums.

It’s a widely held opinion amongst the people who decide to share that opinion on FT’s own forums. Some of us didn’t have any expectations of the sort, so why would we post anything? Silence does not equal agreement.

One of the most unusual sentences I’ve read on here.

Why is it unusual? I had hoped my new car analogy with the expectation that it came with wheels was enough. It’s a realistic expectation, in the same way I (and other people) would expect not to have limit orders and stocks paywalled.

If I had said well I think Freetrade should have L2, and expected that to be free. You have every right to say that expectation is unrealistic.

Silence does not equal agreement.

I haven’t commented on those that disagree or are indifferent, or said nothing.

Why is it unusual? I had hoped my new car analogy with the expectation that it came with wheels was enough. It’s a realistic expectation, in the same way I (and other people) would expect not to have limit orders and stocks paywalled.

It was a false equivalence. A share trading platform without stop loss/limit orders still permits you to buy and sell shares. A car without wheels doesn’t fulfil its primary purpose. If you’d said you’d expect a car to come with satnav, and it’s delivered without, it would be more accurate. Wrong, but accurate.

I haven’t commented on those that disagree or are indifferent, or said nothing.

So if 1% of people posted saying it’s an expectation, but 99% didn’t post, how do you come to the conclusion it’s a widely held opinion? You have no information on those who did not post, so it’s incorrect to say that the opinion is widely held, unless you ask the remaining 99%.

You can only ever go on what you read.

If there’s 100 posts and 90 of them are against that’s the stat you work with. (I’m not saying those were the figures before someone jumps on that)

It doesn’t matter if 100,000 people didn’t add their say, you can’t know if they were for, against or indifferent.

It’s exactly the same with any poll. You can only take assumptions based on how people voted and apply it to the majority.

I was quite specific in saying based on their forums. Nor did I say everyone held that view.

And don’t go diving deeper into that analogy, it’s perfectly fine. You have missed the takeaway which was you don’t need to say something is free to have an expectation that it will be.

Expectation changes if I said the cars a £50k BMW my expectation is that it will have a sat nav as standard.

Freetrade is my recommendation mate

This is the same on many other platforms. I’ve transferred ISA’s from Aviva and Scottish Windows and both only transferred in cash.

Which others enable you to obtain this for free?

As far as I know T212 is the only one.
Everything else I am aware of has either platform fees or per-trade fees, or both.

@phildawson Is there another one?
My question wasn’t rhetorical. If there is a platform other than T212 that provides limit and stop orders without platform or trading fees I do want to take a look at it.

Vanguard will transfer its own funds from other providers Uncrystallised, which is quite nice eg if you had a SIPP with one of their Lifestrategies elsewhere and want to transfer to Vanguard, now they offer the SIPP themselves.