Thanks. Pricing is just part of what I look at for services I use. Peace of mind matters, there’s a lot more at play, it’s why the cheapest utility provider isn’t always the best. Additionally I wouldn’t class Trading 212 as untrustworthy, their objectives are just different to mine.

Android’s just got the referral thing in early testing. I’m a bit confused by the amount the two free shares are worth.

The email doesn’t mention a value.

Mentions the possibility of ‘Apple or Tesla’ 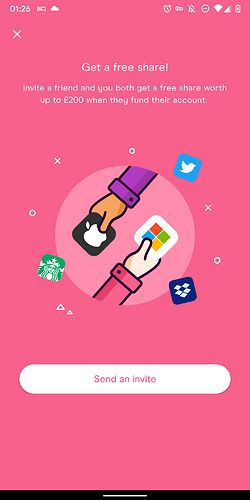 The email doesn’t mention a value.

It’s because the shares are entirely* random.

There may be some kind of selection going on that is unknown to users. But from our point of view, it’s random. You could get Apple, you could get… maybe Kier? Who knows.

The 3-80 was in the Terms and Conditions, so I assume that was the correct amount. But the in-app screen (shown above suggests £200). The message suggests Tesla or Apple which I guess is fine but pretty slim as currently a share of each is roughly $200. 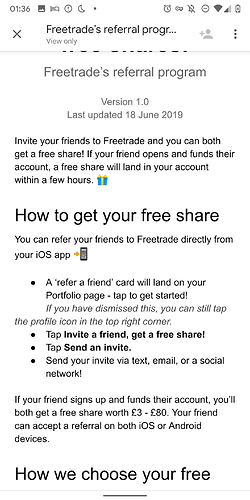 Aha, good spot. I was going to suggest you raise it on the thread in the Freetrade forum, but I see someone - don’t know if it’s you or another - has done so already. No response from Freetrade staff yet, though. I’ll be keeping a beady eye out now. Not least because I referred my first person but a few hours ago, so will potentially have a free share heading my way soon.

Oh derp, I forgot the Freetrade forum hah, I’m not a user on there as of yet. I’ll keep any eye on that thread though, thanks! I’m gonna head to bed. 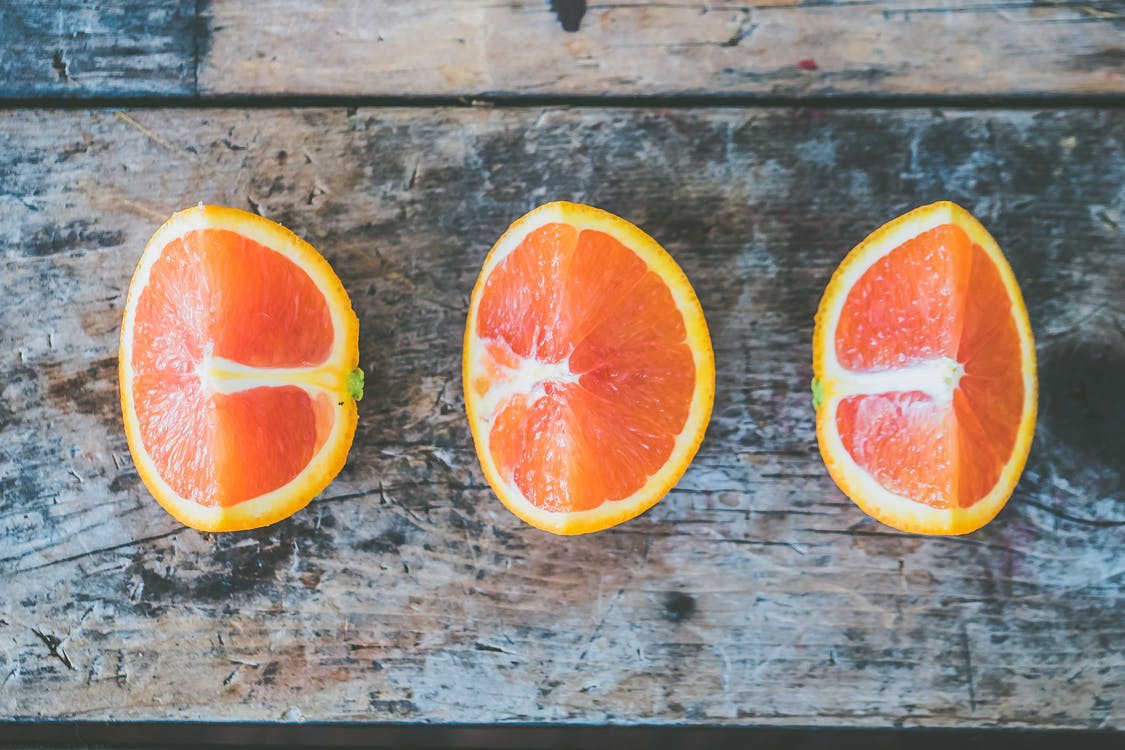 Fractional shares have been part of the Freetrade plan since the start. We want to open up investment in all companies’ stocks or ETFs, no matter how much money a customer wants to invest. What are fractional shares? 🤔 They are essentially as they...

Can’t wait to not have spare change left over

11 posts were split to a new topic: Removed Posts - July

Will be interesting to see how this referral scheme goes for freetrade - it’s quite an expensive maximum CAC at £200 for the most expensive share, but the random/arbitrary element allows them to adjust the cost somewhat dynamically by selecting which shares to give out more of, which is clever. I assume they’ll want the average to be something closer to £10.

The only thing I don’t like about it is you have to fiddle about with different links per referral, and you can’t see the progress of past referrals after you have a new code. Perhaps when they expand the scheme they’ll simplify it to just one link and monitor usage instead.

Has anyone gone through the referral flow successfully? - it’s quite difficult to convince your friends to try it out, unlike Monzo.

Ditto. Trying to get people to sign up for an app to buy shares is hard!

Yeah I got a friend to go through sign up. Was relatively straight forward.

Much harder to persuade others though.

Nothing wrong. Just people is not interested, or they are “too busy” to have a look.

Could people perhaps think twice before posting to say they have a referral link? What was an interesting thread discussing a new investing platform has devolved into something rather spammy.

I have invested in the latest crowdfunding for Freetrade and had an active card check on date of purchase I think a week ago Tuesday (currently today), but nothing has co e out of the bank account, I can also see it in my profile of investments.

Any ideas when the payment is taken, as when I did Monzo granted through app(3rd round I think) was done straight away, and the same with Dozens through Seeders.

It’s closing in half an hour so next week