Was meant to donate £25. Must have tapped the wrong option. Didn’t realise until I got the email from PayPal. Once you hit donate after choosing the amount, your default payment method is charged. No confirmation pop up or authentication, just straight up bills. Something apps aren’t allowed to do for iAPs.

Usually when you buy something from the App Store or iTunes, you get a confirmation and authentication pop up that confirms the amount, let’s you choose payment option, and asks for Face ID to authenticate. Very difficult to mistakenly buy something. This is how apps have to do it for iAPs as well. 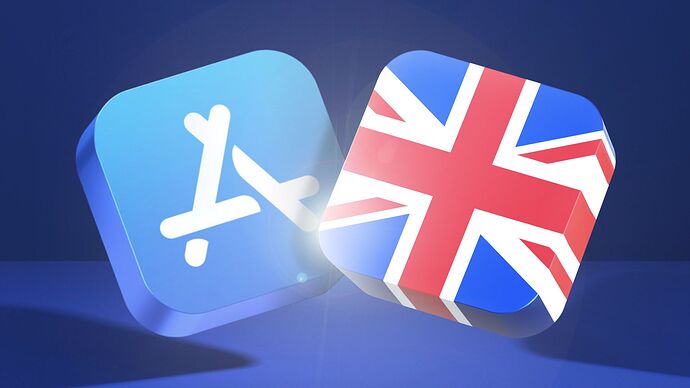 Apple Clashes With UK Regulator in Fierce Response to Warning That Could...

Apple has aggressively defended its ecosystem in a newly-published response to the UK's competition watchdog. The UK's Competition and...

Interesting timing for Google to start cracking down on IAPs.

You’d think they could see which direction the puck is going. 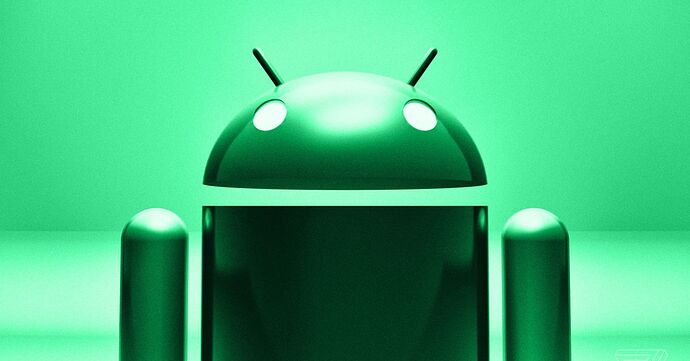 Google crackdown means you won’t be able to buy Barnes & Noble ebooks on...

Google is pushing developers to the Play billing system.

I guess it’s a bit of a gambit. If Apple win all their lawsuits then it’s a green light for any phone manufacturer to lock down IAPs, if Apple loses they’ll have to reverse, but I guess might as well milk it while it’s unsettled?

Interestingly, NowTV have added (technically restored if you ever used the old Apple TV app) IAPs to their apps so you can subscribe to their offerings via the App Store.

Thought it was noteworthy as this seems to against the grain of the louder narrative.

The entire summit live stream is worth a watch if you’re interested in this stuff, but this was the headline speech. A little self serving to Apple’s own interests, but otherwise was a solid address on the issue we face as a society.

This is probably relevant here too, as the App Store regulations and the privacy issues they raise are a talking point. 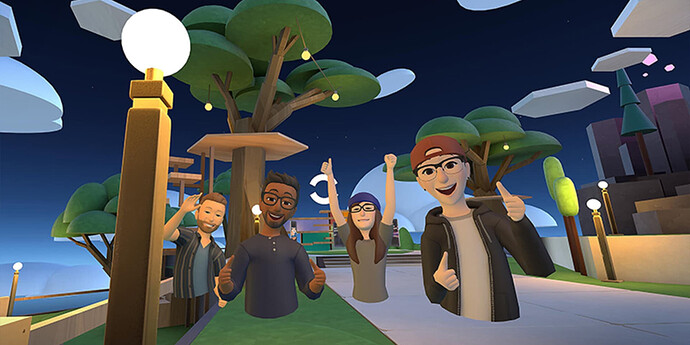 Meta is taking a cut of up to 47.5% on digital assets sold within its "metaverse" platform, Horizon Worlds.

Lucky that their platform has no meaningful market share and not being on it has no material impact.

Nothing to see here

Best regulate that whole huge 16% monopoly because other huge companies want to abuse every single % of the market. Who cares about consumers choosing that device for that reason.
Its madness 16% is considered a monopoly. 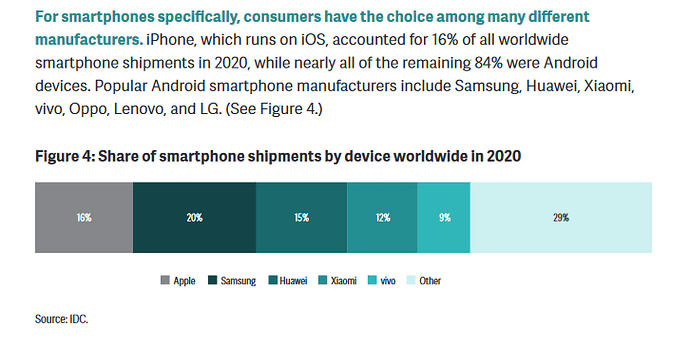 You do know that regulation is local, and not worldwide?

Ahh I forgot Apple have the vast majority of the market in Europe and USA.

Yeah, in the US, their market share is closer to 60% than 15%. They’re the market leader, which is quite rare for Apple to be in, though it makes sense. The US is their home, it’s right they have more customers than the Koreans and Chinese.

The US is not the only country trying to regulate this though. Europe is too, and iPhone only accounts for 25% (Not sure if the 50% market share in the UK is still counted as apart of that though) of the market. Asian countries also where their market share is even less than that.

I don’t think any of this is relevant to the core argument, which is that Apple has a monopoly on iOS app market, and that’s what they’re targeting, and what I believe is nonsense. It’s their platform. If we go back to your dismissal of Meta’s fees for the meta verse, you’d do well to remember that that used to be iOS.

If we go back to your dismissal of Meta’s fees for the meta verse, you’d do well to remember that that used to be iOS.

And it wasn’t an issue when iOS was a tiny player with minimal share in a new market.

The whole point of regulation is to stop the abuse of outsize market power. It’s just not about monopolies. At the scale of iOS and Android, absolute numbers also matter. As does the importance of the market.

In many cases, Apple and Google hold the keys to whether or not businesses can even exist. Being on mobile isn’t always an optional extra, often times it is the market.

If Meta gets to that point, they’d deserve similar regulation.

Interesting change to the rules. Feels like it goes against one of the key reasons people prefer to subscribe through the App Store? 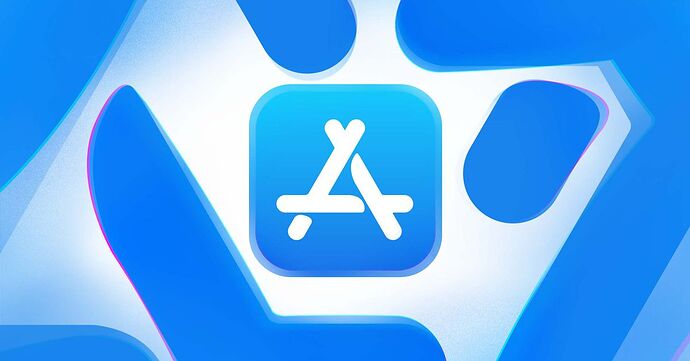 Feels like it goes against one of the key reasons people prefer to subscribe through the App Store?

As someone who prefers to subscribe via the App Store, I wouldn’t describe this as being a key reason for doing so. I wouldn’t even say it was a reason. Was never really something to consider.

With that said though, not a change I like or agree with. Developers will love it no doubt though. Some will probably try to push the limits of the rules and abuse it.

Consumers lose with this change and this is just the start. It’s going to get worse. Let’s not pretend this would be happening if the anti competitive monopoly argument didn’t exist.

As someone who prefers to subscribe via the App Store, I wouldn’t describe this as being a key reason for doing so. I wouldn’t even say it was a reason. Was never really something to consider.

Perhaps bad wording on my part. But I feel like it’s an implicit benefit of signing up through IAP. No surprises on what you’re charged, no sudden changing of the deal.

Let’s not pretend this would be happening if the anti competitive monopoly argument didn’t exist.

You’re saying this change is because of all the app store monopoly complaints? Feels like a strange concession for Apple to be making if that’s the case. I haven’t seen any clamour for it amongst all the many complaints people have.

You’re saying this change is because of all the app store monopoly complaints?

I’m not sure what other reason they’d have for changing it. Doesn’t benefit their users, just their developers.

I’ve seen quite a few complaints about subscriptions via the App Store that go beyond the fee and is used to justify not offering them. I don’t know if it’s specifically this, they’re always vague, it’s not something I’d have thought of, but I don’t see why else they’d change it.

I can see why developers wouldn’t like the approach of subscriptions cancelling by default when they put their prices up though, so I’m sure it’s at least one component of their qualms.

Honestly it feels like a strange change to me and I’ve no idea why they’ve done it.

Interesting that of all the changes that are being asked for, they’ve picked one that just happens to increase their revenue.