We’ve been experiencing a severe outage meaning that Monzo has not worked for most of the day. We wanted to let you know what has happened and what we’re doing to stop this happening again. 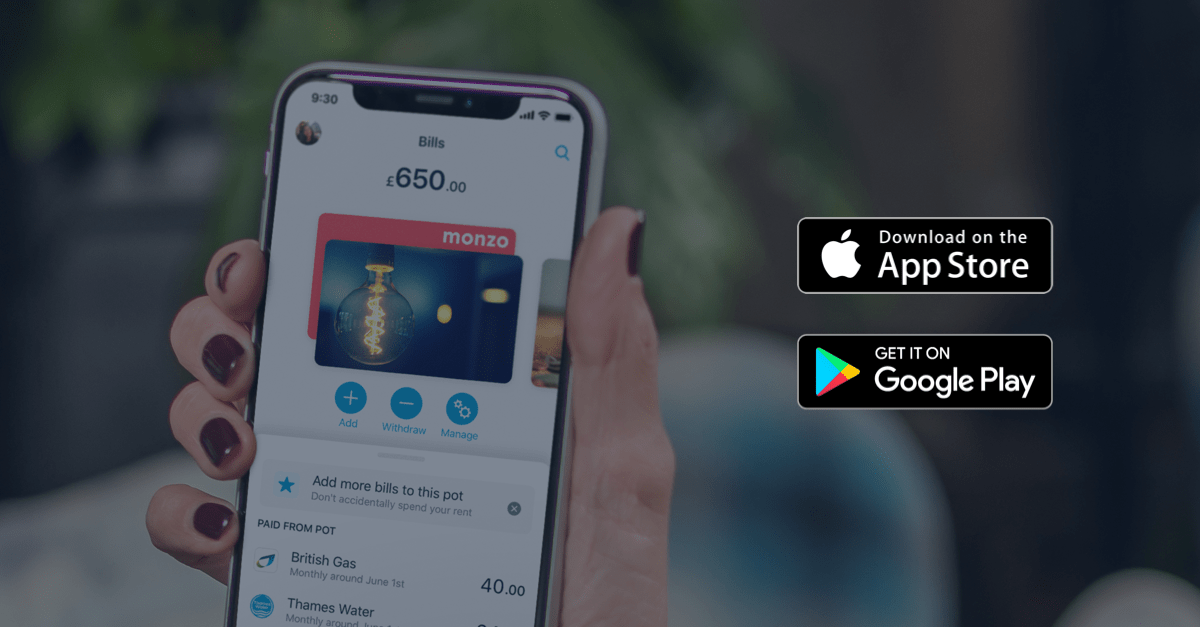 A severe outage meant that Monzo hasn't worked for most of today. We wanted to let you know what happened and what we're doing to stop it happening again.

Seems a very sensible to bring everything under one umbrella. Whilst today isn’t your fault, for most, it will be seen as a Monzo ‘fail’. Great to hear tech will be in house from start to finish of process.

Although Monzo is my main card, i also carry several others so the outage hasn’t affected me at all.

What i will say is stellar work on keeping us all updated with what’s happening, too many companies will just put out a small statement and not say anything for hours. You guys have been consistently updating the status page nearly every 30 mins.

Whilst the cards being down is an inconvenience I have to say that the level of interaction and communication with the customer base has been outstanding, still head and shoulders above my high street account.

I did wonder why my card wasn’t working around town today. Had to use my legacy card

Appreciated that it’s a Sunday, but a more prompt notification via the app would have been good (not 2/3 hours after the fault was identified). Though the notification once received was ideal and much better than any other bank.

Glad there are plans in place to stop this happening in the future.

Good communications about the problem, but using 2 different payment processors would have removed this single point of failure, obviously at a cost!

Good job on the comms, as a software developer I feel your pain.

Is this possible to happen when you move to full bank accounts? It’s the one thing that makes me a bit nervous about switching completely; I’ve been with my bank for more than 18 years and I’ve never had this issue once.

Keep up the great work overall though, and I’m glad to hear you’re approaching this as much from a tech company perspective as a bank!

I’m not sure whether that’s possible? I’m not saying it’s not, I genuinely don’t know

A severe outage meant that Monzo hasn't worked for most of today. We wanted to let you know what happened and what we're doing to stop it happening again.

Hey @stridemat thanks for the feedback! We really appreciate it

We’ve learnt so much today that’s going to really help us if something like this ever happens again.

As Oliver wrote in his blog, we’re going to be replacing the system that caused today’s outage when we launch current accounts

It’s made it so much easier to have such an incredibly supportive community of users. I can’t say how much it means to us to see all your kind words in the in-app chat and on Twitter

but using 2 different payment processors would have removed this single point of failure, obviously at a cost!

Sadly that isn’t possible – due to the way the MasterCard network works, the transactions for a BIN (Bank Identification Number, which all our cards share) can only be routed to one processor.

If it had happened to a legacy bank we would still be trying to find out what the issue is and have no idea when things would be back to normal.

Thanks for your work guys.

Monzo were quick to tell us. Fire only just emailed their customers at 17:13

"Earlier today we encountered issues with processing Fire debit card transactions. This issue has arisen as a result of a technical failure at a third party card processor, which we use for routing MasterCard transactions to us. We have been advised that the matter is being addressed urgently and that resolution is expected within a number of hours.

Such an incident is not acceptable for our customers and we apologise for any inconvenience caused – all other features of the service are not impacted.

We are in constant communication with our provider and will be following up to fully investigate the matter and to take all necessary actions."

Hey, just wondering if an review of other single points of failure that exist will be performed?

Hey @mooseface! We’ll be doing a full postmortem this week to work out what happened and how we can make sure that things like this don’t happen again. Reviewing our critical failure points is definitely a part of that

I agree with others that the communication here and on the blog are very welcome efforts other banks wouldn’t bother with. Will more specific details be posted about what happened on the card processor’s end? I’m curious from the technical side to know more about what a “unexpected, large migration” really means, and why it wasn’t caught or prepared for properly in advance (as BETA testers, though, I’m not saying we should expect that level of external detail or 100% uptime).

It’s good to know Monzo will be regaining control over its processes once the current accounts launch. Even good SLAs can’t prevent the occasional struggles and delays introduced by reliance on third parties.

Thanks for the continued updates, Monzo team! Even “non update” updates are still better than no communication, and you’ve got a community of users who want this thing to succeed and really take off.

Curve - All your cards in one

Curve uploads all your credit and debit cards into one single card which is accepted everywhere MasterCard® cards are. Save time, money and stay secure.

Is also down today.

It's not a good day for Neobanks @lootapp, @monzo, @imaginecurve, @RevolutApp, and others tweeting re:outages due to a card processor. :o/

Despite the inconvenience, this is excellent comms from the Monzo team. A really useful explanation combined with notification of a service improvement later this year to negate this type of outage.

Hey @britton! Monzo is all about transparency, and so we want to share as much as possible with you. We’re obviously bound by some restrictions and we want to make sure that what we’re telling you is right, before we release it. But yes, we want to share more

I am really pleased with the communication and updates. So often as customers were in the dark so it’s nice to know what’s going on.

Yeah it’s annoying when my card didn’t work but always carry a spare and automatically went to the Monzo app to see if there was a problem.

I look forward to having a current account with Monzo as this level of customer service is maintained and I hope it stays that way as Monzo gets bigger and not gone the way my old bank Thinkmoney has gone and gotten too big for its britches and forgetting it’s early adopters and loyal customers.

But all in all Well Done and thanks to Team Monzo