I was eating Lebanese in South Ken, bizarrely, the restaurant payment system was experiencing issues too, sounds like someone made a big boo boo somewhere that we will be reading about in The Reg tomorrow…

Hope you guys manage to get some sleep tonight…!

Its been good the communication given through the outage. You don’t get that from the major banks etc. Be glad once all is done in house and this type of issue does not occur again.

I actually found out from an SMS since I signed up for notifications after a previous much less serious glitch. The kind of transparency provided today makes it much more likely I will seriously consider moving to the current account when it becomes available.

It’s great to have clarity on why things went wrong and give users regular updates to track their monzo cards journey back to functionality. That itself is great cx. I am also reassured when informed that Monzo is already moving towards a solution to prevent this in the future with taking complete control. It also felt rewarding to be appreciated as alpha testers whose feedback is valuable and implemented to make the service better. So all in all, Great job with your service recovery. Kudos!

Honestly, it’s the speed of communication that makes even the worst case downtime (such as today) okay with me. Knowing that the team is on it, the transparency in what the problem is and what will be done to improve it in the future.

While I wasn’t affected today, I understand that these things do happen and that on many levels, it is always a good idea to hold another account/card with at least some emergency money at another bank.

This isn’t advice exclusive to Monzo either, what would you do if another major banking group either had an outage or decided to close/restrict your account? As customers, it’s always worth thinking about how you would recover if anything did fail.

As an example, I like to hold one card on the MasterCard network (Monzo) and one at an entirely separate bank on the VISA network (Barclays) with enough money on both to last at least a month (plus savings at a third provider) with enough in cash to get myself home from anywhere I visit.

No matter who you bank with, I personally think it’s unwise to only hold one bank account and to only carry a single card (or multiple cards with the same group). I don’t mean to have a go at anybody or to defend Monzo against criticism but a couple of replies to the various providers down today that I saw on Twitter do show that there’s maybe a bit too much trust in carrying single cards.

Hi everyone! Just wanted to drop back in for probably the last time tonight to give a quick update:

The only things that aren’t back on form are transfers to other Monzo users, and monzo.me - we hope to have these back online soon.

Thank you for your patience, support and understanding throughout all of this

Top ups are still not correct

We’re slowly working through the top-ups which were made before the outage. If you reach out to us through the in-app chat we can hunt that down for you more quickly

I’ve led similar outages in a professional role, and think this was a good “first test.” From a technical perspective, it was outside Monzo’s control. Once the current accounts are live, expectations I think will be a bit different and long outages like this less acceptable. Users will be less ready to accept the idea of third party issues and will instead see it as “Monzo is down.”

Having said that, I think sending information out as it was obtained was better than not posting at all. There’s obviously a very fine line here, but relaying the supplier’s updates and presenting them as such (instead of simply saying “we at Monzo expect resolution at HH:MM”) made a difference. Few things are worse than a fix you thought was juuuust around the next corner — which of course ends up taking far longer than anyone originally envisioned.

I am a bit surprised Monzo is compensating users for this - I honestly wouldn’t expect that right now, but that’s impressive customer service. What I would expect, though (and it sounds like this is in the works) is having some serious discussions with the supplier.

I can confirm in app chat confirmed it was received (which was the reassurance I sought) and answered my chat in under a minute despite being busy. Money was credited to account just minutes later. Great work Monzo

That is insanely generous considering that all Monzo cards up to this point have been issued with a “alpha/beta service provided as-is, always carry a backup” warning. Congrats on handling the situation with such finesse and generosity - I hope Monzo will be like this for a long time to come.

Monzo, Revolut, Loot, and Curve all experienced service outages on Sunday after their payment processing partner GPS was hit by technical problems.

Edit: The BI article above gives me hope that bringing the whole solution under Monzo would be a good differentiatior. So maybe not so bleak after all.

It’s no exaggeration to say this outage has made me think twice about investing. Although it wasn’t your fault, from a user’s perspective their Monzo cards stopped working. When you’re out of Beta that simply cannot happen. Ever.

The fact that a dedicated third party cannot supply the service required for Monzo to function makes me wonder, not about management decisions, but if the technology is really there yet at all.

I’m sure your third party provider’s engineers are just as smart as Monzo’s. As such I’m not convinced being in control of the whole system will provide the solution.

I think the nature of any tech firm, or bank come to that, is that they are going to suffer downtime at some point, there is no way around this. No platform(that I’m aware of) boasts being up 100% of the time.

What you then have to ask yourself is how have Monzo dealt with it and what have they got planned to mitigate any future downtime? On that front I can’t fault them, had it been one of their more established peers, I’d have been having to scan various news websites to find out what was going, with zero communication from my bank.

I think what it has highlighted, and it’s been mentioned further up in this thread, is that you can’t afford to put all your eggs in one basket when it comes to banking nowadays. This could obviously cause issues in the future for people who just don’t have that luxury and some kind of back up needs to be in place for them, for example being able to draw cash over the counter, although would be up to Monzo what who’s “counter” they could use.

When you’re out of Beta that simply cannot happen. Ever.

I think that is a bit extreme…ever! Obviously down for a whole day is something nobody wants, but if it occassionally went down for half an hour and we were advised and updated I’m sure nobody would be too upset about that. The big banks also go down more than people realise but without the immediacy of the app most people are unaware

The fact that a dedicated third party cannot supply the service required for Monzo to function makes me wonder, not about management decisions, but if the technology is really there yet at all.

It’s also worth noting that the process which GPS are currently handling is an integral part of every card payment. So it does work, the issue is how it’s implemented & managed.

Hey @JohnnyW I totally understand your concern. We take responsibility for the service we offer you, and when that falls short, you should feel free to blame us

I’m not sure if you’ve had a chance to take a look at our investment deck, but we talk in there about how we’ve built 95% of our tech in house for the current account, so there’ll be fewer of these critical suppliers. We’ll be replacing the system that let us down with our own card processor, so this should allow us to be more reliable in the future

But Barclays had a similar issue the previous Saturday: 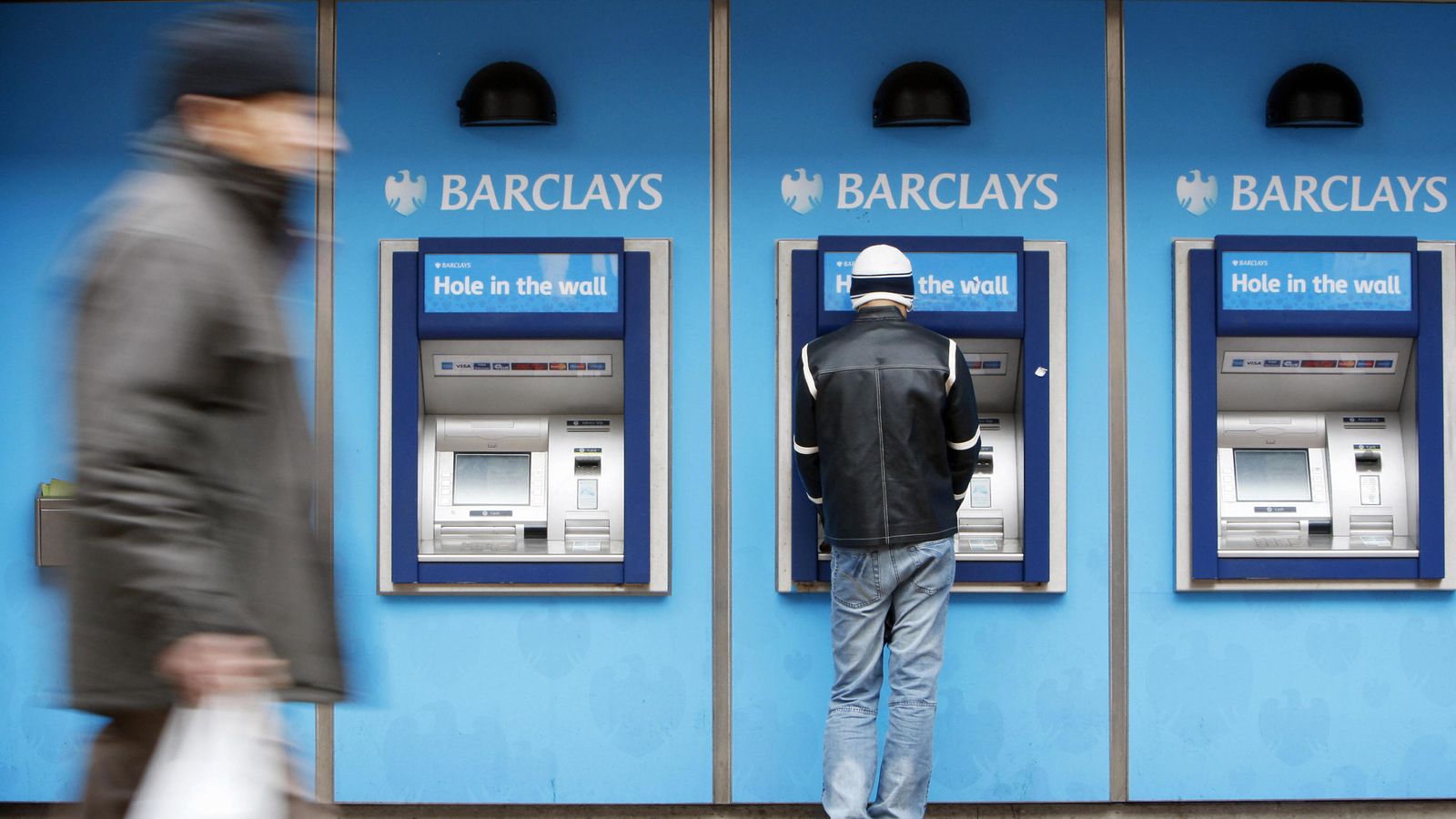 The bank blames a "technical issue" after thousands of customers are unable to pay by card or take money out of an ATM.

This problem isn’t just startups. Stuff goes down. You can’t demand a system that never goes down. Well, you can but you’re going to be disappointed.

Laura, that’s the exception that proves the rule. It’s completely unacceptable for a bank to have outages, even for two hours, which is why it was newsworthy. Barclays will undoubtedly be inundated with customer complaints, and may even have to offer compensation in some instances. A bank simply cannot afford to have outages, in exactly the same way it simply cannot afford to make (unrecoverable) accounting errors.

Monzo is new technology which needs to prove its value to new customers, and that means it doubly cannot afford outages. I’ve used a bank account on a near daily basis for 22 years, and not once have I ever had an issue with payment. Not once. I expect the same from Monzo, and others will too.

You claim not to have had an issue in 22 years but that could be because you were not trying to use your card while their systems were down, and they probably were many times, but their customers were not informed