To be honest, they don’t seem to have as much fintech activity as in the UK (even if we ignore relative population sizes). A lot of the domestic ‘innovation’ is built on top of existing legacy banks. Bancorp seems to be a common supplier, and are the actual bank behind Chime that you linked to (I’m sure I’ve seen Bancorp also providing the platform for another US fintech, but can’t remember which one now). How much Monzo is able to innovate further and differentiate from these companies by providing the full stack is an open question, but I’ll just note that what they’re trying to do is fundamentally different – build a new bank as opposed to build a layer on top of an existing one.

Revolut just need all the approval and agreements

Forget Revolut, Transferwise have been operating in the US for years, and offer their borderless account there. Again, it’s an open question as to how much Transferwise and Revolut are actual competitors to Monzo (and Starling) as opposed to complementary, but slightly overlapping services.

Monzo meanwhile seem to be hoping for a federal license to be granted to them, against all odds.

I’m not sure this is a hope against all odds, and I’d say that Revolut are possibly wasting a lot of money if their strategy is to get licences in multiple states. The OCC in the US recently introduced a new type of national bank charter specifically to allow fintechs to become banks without going through the patchy state licensing route.

tl;dr: The inconsistent regulatory environment in the US has held back fintech innovation to date, but there seems to be some action at a national level to address this. So maybe it’s the perfect time for Monzo to be making plans to enter the market.

Caveat to all this is that I’m far from an expert, have just read a few articles over the past year, so I could be completely off base!

(also known as: the centre of the universe)

I’d like Ireland to be next as I always tell my friends and family about Monzo and I know many people who would jump on board immediately. Assuming there are issues outside of Monzo’s control, it is disappointing that the closest neighbours can’t be next.

Rhymes with wrecks it

I know a while back there was talk of this, moving to the US next. Does anyone know what the latest is?

It makes perfect sense and I’m actually a little surprised to not see one of the major challenger banks trying to break the US already. The US have had a number of failed challenger bank projects so the space is pretty wide open at the moment.

I think they are working on it. I can’t find it now but someone from Monzo said in a thread recently that they are but it won’t come in 2019.

Most recent thread on this:

We’ve been working hard for a while on figuring out how a US product would work and when this might be possible!

No timeframes though, but it’s something we really want to do.

I’m currently looking after my Grandparents holiday home in Florida on Airbnb. Having a Monzo account to look after all the bills and rental incomings would be great!

They are already about to open an office in las Vegas so that they can offer better 24/7 support for there customer base.

I would have thought that, for Monzo, the best way to break into a new market would be similar to how they first started here, slowly releasing to highly interested customers and seeing where the growth goes from there. By launching in full force I think it would complicate things and put a great deal of stress on Monzo overall - baby steps for me would be more encouraging, and I think that is exactly what Monzo is accomplishing!

You are probably already aware of this, but the TranferWise Borderless Account might be useful for this in the meantime. You get a US sort code and account number. There are some fees associated with different usage, but still is likely better than trying to setup a US account.

You are probably already aware of this, but the TranferWise Borderless Account

Thanks for the heads up! I do actually have a Borderless Account setup. However, I haven’t attempted to try and change all my Grandparents bills over to it yet!

This is an interesting proposition for the US market 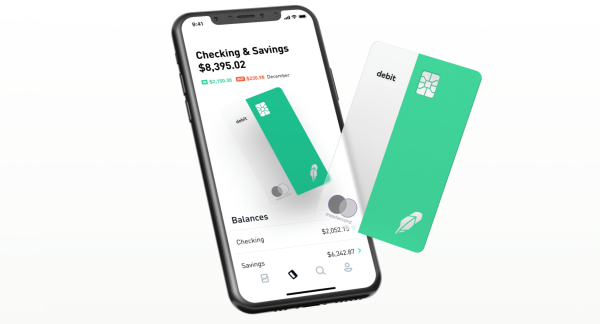 Robinhood launches no-fee checking/savings with Mastercard & the most ATMs

Robinhood is undercutting the big banks by forgoing brick-and-mortar branches with its new zero-fee checking and savings account features. With no overdraft or monthly fees, a juicy 3 percent interest rate and a claim of more U.S. ATMs than the five...

Good night. Robinhood will likely have the US market now unless Monzo move quickly

The bit about asking the app to send someone a cheque is the most American thing I’ve seen in a while! I remember the Citi website doing that when I lived there.

Still running on another bank’s banking licence though.

And it seems to be regulated by the shares people rather than the banking people.

But definitely an established American name building a beachhead.

Well…it was a nice idea… 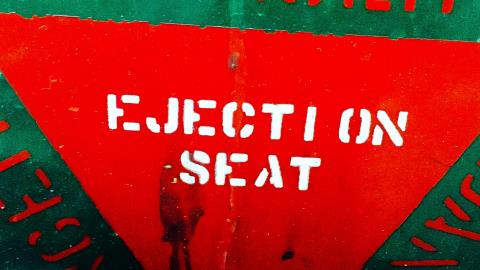 In a classic case of fintech over-reach, stocktrading app Robinhood has backtracked on the launch of its Checking & Savings account after a backlash from regulatory bodies.

Funny what happens when you try to dodge regulation! Robinhood probably got fed up of waiting in the queue for 9 months for a banking licence and tried to utilise a loophole that closed on them!

In all seriousness, the problem with banking in the US is that it has a lobbying problem (like most industries in the US!). That directly results in national (aka federal) banking licences being extremely difficult, costly to obtain and takes a very long time - no doubt that works out pretty nicely for the incumbents! It’s not a coincidence that every ‘new bank’ in the US, is either a rebrand of an existing bank or is piggy-backing on an existing bank’s licence.

Realistically, I’d be amazed if Monzo are able to open up to the US in the next 18 months. There is a line around the block of well funded FinTech firms who are rumoured to be in the process of applying for licences (Square, Coinbase etc.) and I’d speculate Monzo would need more capital than it has today to even start the application process.

The way I could see it happening is if someone like Stripe obtain a banking licence and roll out a ‘banking-as-a-service’ type proposition - that might be possible given they are already invested in Monzo and are firmly concentrated on the middle/back-office functionality (rather than creating a consumer brand themselves - although that might well change).

Who knows what will happen but I suspect we’ll be waiting a while until we see Monzo in $!

I’d speculate Monzo would need more capital than it has today to even start the application process.

Funny, but my guess is they are already in the middle of the application process. Will be interesting to see eventually…