You made the right choice!

I’d honestly rather just get the Dyson now, I know it’s expensive but I’ve never been burned by Dyson in the past and always enjoyed their products.

That was my justification for getting the hair dryer. Expensive, and not sure I’d recommend it at the price, but I don’t regret it all. Made a huge difference to my mornings.

An ex-colleague has the Dyson purifier I’m looking at and he said while he loves it it’s hard to recommend for the price, luckily I’m willing to spend the money if it does the job.

I personally find them easier to recommend. They’re expensive but so worth it IMO. They work well, they look nice, and Dyson will have your back.

I have the heater ones though, and particularly now especially, finding them to be a cheaper form of heating than the heat pump.

Funnily enough I had a conversation while out for dinner with friends about vacuums and everyone round the table were talking about Sharks for £100-200 and when I said I’d bought the Dyson V15 for £650 no-one could understand why I’d pay all that when their Shark “does the same thing”.

Now while I’m definitely in the crowd that wouldn’t pay £500 for an air purifier. It would be funny to see how many of the people who thought the Dyson was expensive, were also sat there with a £1000 iPhone which “does the same thing” as a £150 Android…

Can confirm everyone round the table had nothing older than a 12 Pro.

I rest my case, your honour

I wouldn’t get another Dyson after the one we had broke after a couple of months and Dyson’s response was to offer a warranty repair then subsequently bill is £100 for it - we refused to pay… Then it broke again so we got a Henry which is a better cleaner and still works 5 years later.

I can’t imagine lugging a Henry Hoover around the house.

Henry is 30% lighter than the DC01 (I somehow kept some of the old documents so could get the model number).

And who lugs anyway, wheels are a thing

wheels are a thing

Tell that to the Daleks… they are both thwarted by the same foe!

The day they invent flying hoovers to get around that I’m buying one!

Surprise, it’ll probably be a Dyson. 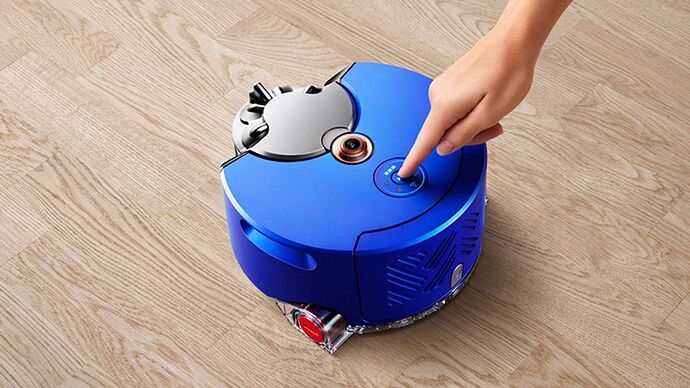 Robot cleaner… there’s a concept I never understood. Can’t move furniture out of the way, can’t pick things up off the floor, can’t keep the dogs out of the room temporarily… all things part and parcel of the act of ‘hoovering’. So unless you’re running ahead of it clearing a path like you’re on a WoW quest I’m not seeing how it works.

I don’t have one, but my impression is you’ll still need to hoover manually sometimes but as it zips around twice a day the floors will be generally cleaner.

If you have a lot of furniture, or other obstacles (my office study room thing is a Things On The Floor Hellscape) - it doesn’t do too well.

But to keep on top of things between deep cleans they help.

So the Dyson air purifier is amazing and well worth the money so far, woke up this morning without 100% blocked airways. I love the app because I’m a bit of a stats geek so I like seeing all the particle info and controlling it remotely is cool.

I’m going to keep the cheap Levoit one for my office for now (return date is 10th Feb) and just run it on full speed while I’m in there, see if it helps, the Dyson is set to auto 24/7.

I got this Dyson in case anyone is wondering: