I wish I had that figured out. When I crack the windows within 30 minutes I’m down to 14° or below and I’m not going to be sitting around in outside temps inside, nor am I going to crank up the heating every half an hour.

I don’t mind fresh air, but I can’t stand being cold. But, we will try the method you describe because not only do we need to get the washing dry we are suffering with fairly extensive mould. Apart from that it sounds logical and is what my Mum used to do.

In other news, the dehumidifier was on for about 8 hours yesterday, extracted about 900ml of water from the room and cost around 56p [as far as I can tell]. I reckon we’ve knocked a day off the normal drying time.

We run a dehumidifier all the time, usually set to 55% so comes on and goes off as and when the % changes. We also dry washing using the “laundry” mode which runs at full speed for 6 hours.

Honestly haven’t really noticed it on our bills, just means no more wet windows and no taking 2 days to dry clothes.

Any recommendations for a cheap Soundbar? Have looked at Sonos ray, but no offers on it yet for Black Friday and the lack of HDMI seems odd.

Richer Sounds are selling the Ray for £249 (£30 off typical price). But if you want to buy the Ray, I’d be inclined to hold out until Cyber Monday. Sonos.com has 20% off several items at the moment. The Ray isn’t included in this but its possible it will be added later in the weekend.

There are lots of best budget soundbar lists online. Skimming through one such list, the JBL Bar 5.0 looks interesting as it supports both Airplay and Chromecast. Similar price to Ray.

If you want to go as low as £100, I’ve had the Roku streambar in the past and I liked it at that price. Obviously not as good a sound as more expensive sounbars but it did improve the sound coming from my TV (a £500 Samsung TV purchased in 2014).

Thanks for reply, got a ray last night, local Argos had stock so got it up and running last night. Very impressed, ain’t had a sound bar before, much better sound than i expected! Will get film on later and really test it out.

A proper sound system for films is a must. You’ll love it!

Where from? Have yet to find any stock.

EE, I phoned up and ordered last week

Wow, on their website it has said 28 days+ for delivery ever since release. How long was it between order and delivery for you?

64gb? - Shouldve went for the next one up in my opinion.

512GB SSD on order - I can fit it myself, no issue and with an anti glare screen protector it saves £150.

5 days (ordered Wed and arrived on Monday), but they estimated 7 days so it was a pleasant surprise. When I looked on the website the next day the estimate was over 28 days, but I didn’t check before ordering (I ordered a gold 256GB 14 PM)

Finally getting sick of Wi-Fi not reaching my bedroom through brick walls… can anyone sway me with some opinions about Mesh systems?

Looking at the Google Wi-Fi Vs the Nest Pro.

The basic version 3 pack is cheaper than the Pro single right now.

Any experiences with either?

I have the 3 pack google WiFi, one upstairs, one in the living room and one at the back of the house next to the kitchen. Get full signal all over my house now. Previously I barely got signal anywhere other than living room where the router is.

Any reason you’re only considering Google?

I had Google WiFi for about five years and it was great. But I wouldn’t personally want to invest in a WiFi 5 system in 2022.

If you’re choosing between just those two, I’d pony up for the Pro. They’re pricey, but good value for what you get. 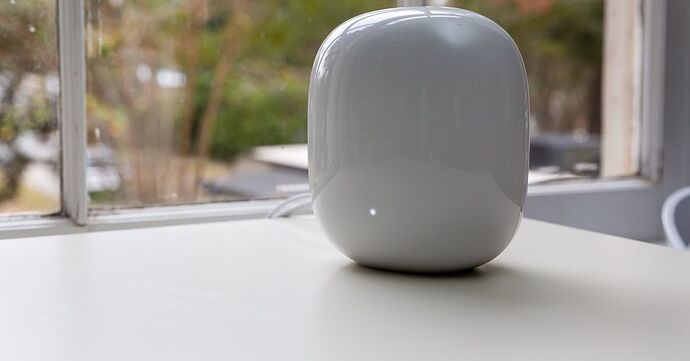 A big upgrade over the Nest Wifi

But I’d also really recommend Eero 6. They have WiFi 6, Thread and will be getting Matter support at some point.

They’re a solid midpoint between the two Google systems.

Any reason you’re only considering Google?

Not necessarily, just like the look of the devices more than others

I’m also trying to figure out what a realistic set up looks like. Trying to cover 1000sq ft or so, just have a shed load of solid walls to deal with.

I get the point about Wi-Fi 5 v 6 and that, but beyond speed I’m not sure when id see the benefit and all that.

Will peek at the Aeros tho

I get the point about Wi-Fi 5 v 6 and that, but beyond speed I’m not sure when id see the benefit and all that.

It’s more about future proofing, as it’s better able to handle many devices on the network. 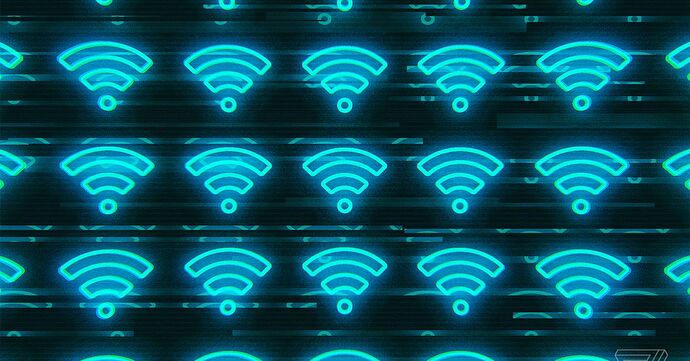 Wi-Fi 6, explained: how fast it really is

The next generation brings more than just faster speeds.

I personally prefer the pucks as they’re easy to stick on walls with some command strips for unobstructed positioning.

Upgraded Apple TV HD to Apple TV 4K. Hopefully I can sell the old one as there’s nothing wrong with it.