My only advice is, do not under any circumstances buy a manual grinder.

I made that mistake once, never again!

Wait for Apple’s! It’ll be a heck of a lot better than anything a cellphone carrier comes out with!

I’ll never get why google canned Glass. It was awesome, and is easily my favourite thing of their’s they’ve ever made. They should revive it.

Seeing the Nreal Air has given me a lot of enthusiasm for what mixed reality headsets are actually going to look like though! Despite the mockups, looks like they’re going to be closer to Google Glass than Oculus or HoloLens.

Don’t think apples would be any use for me unfortunately as a Pixel user, can’t wait to see it though.

I was gutted they scrapped Google glass, used to love it, worked great

Will remember that, any grinders you recommend? as I said earlier totally new to grinding beans

I got a Krups ‘ultra silent’ one because we get up at different times and the kitchen is under the bedroom. It is quiet for a blender. Otherwise I think any will do, go small and simple it’s not a complex process!

My only advice is, do not under any circumstances buy a manual grinder.

I’m not sure about that.

You’re not gonna get an electric grinder close to this quality for well over twice the price. 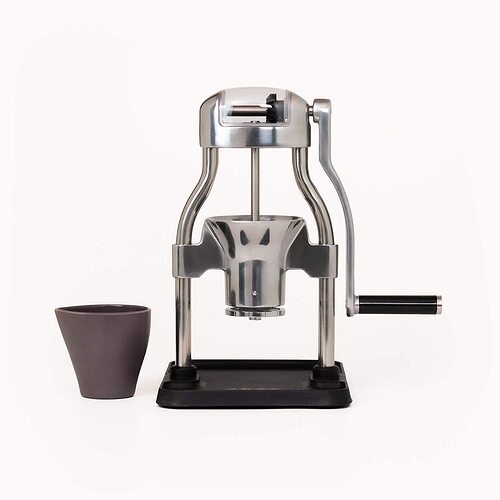 I mean I’m not spending anything like £200 on a grinder anyway.

The grinder makes a bigger difference than the espresso machine.

Seeing the Nreal Air has given me a lot of enthusiasm for what mixed reality headsets are actually going to look like though!

Definitely! I want something that will replace my glasses that I wear 17 hours a day, and to most people, they don’t know they are smart. I want it to blend in the same way my Apple Watch does, that nobody cares or notices.

I’m not sure whether this means it can or will include a camera though. I think that’s the part that made it “creepy” and why Glass failed.

But something that can protect my home cameras in front of my eye or a text message. That’s the sci-fi dream

Do you think eventually we’ll have digital prescriptions built in along with all the other tech? That would be amazing.

It has to for it to succeed I think. Otherwise you instantly rule out people who actually need glasses.

That’s so cool. I looked them up and they seem more like sunglasses as opposed to regular glasses.

Indeed although I think the author was being a touch generous when he said they ‘looked like Raybans’.

I do think that’s going to be an issue actually, every face shape and size looks good in different glasses. Even if you make a decent style for one, a very large percentage of people will look a bit silly wearing them

You’re so right with the style problem. I like round glasses but they don’t suit me. If smart glasses are round, I’m out before I’m in. Manufacturers will need a few style options for sure.

I’m currently looking at the Sage Smart Grinder Pro, and then a suitable Coffee Machine to match.

Everything I’ve read has always said to have a separate grinder & maker for the best quality.

Everything I’ve read has always said to have a separate grinder & maker for the best quality.

I mean for the best quality make cold brew. I get it’s a faff though.

Apple had a good solve for this in their approach to the Watch and how you can swap out bands for your own preferred style.

If they took this approach and applied it to their mixed reality device somehow, it would be awesome.

On the other end of the spectrum, AirPods are said to look ridiculous but it doesn’t stop people wearing them.

If it’s going to fit a single aesthetic, then I imagine we’re going to get something that looks more like a tech device than a fashion accessory.

Either way, I’m now pretty excited for something I was previously a bit indifferent on.

I recommend a Wilfa Svart grinder for your electric grinding needs: 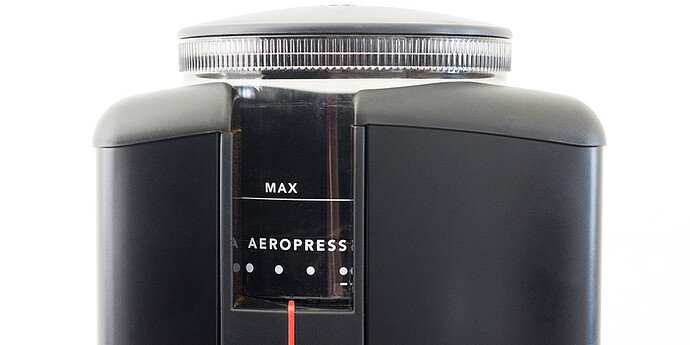 We’ve been using our Wilfa Svart coffee grinder for over a year in our office now and it’s still going strong. We love it. However, as anyone who owns a Wilfa grinder will tell you, the grind size guides on the outside of the hopper are, well, a...

(Link goes to guide on how to use it rather than somewhere selling it for two reasons. One, gives a little detail on why I recommend it. Two, I don’t want to recommend one merchant over another as it’s so widely available and you can DYOR.)

I also have a Knock Aerspeed that I use with my Aeropress (bought it a couple of years before the Wilfa Svart). It’s fantastic for single dosing, but when I got a Moccamaster it was a bit much to try and hand-grind all the beans for that!