First time trying to travel to the US (on a whim). Trying to retrieve a previously incomplete ESTA application, but I keep running into a “Group Not Found” // “Application not found” error… I am baffled. Has anyone seen this before? What can one do?

It’s a bit costly to call US CBP from the UK so hoping someone has some wisdom they can share.

If it is incomplete, I assume you didn’t get to the stage where you pay? Will it let you start over with a fresh application?

Also, enjoy your trip! Where are you going?

Thanks! The group application still can’t be retrieved so I think we’ll just submit two individual applications instead.

LA, all being well - pretty excited, but also terrified to leave Europe for the first time!

Attempting a group application of 5 or 6 people (work related) always failed in my experience. Even calling them to go through it didn’t result in Esta’s. Individual applications and paying the $14 each worked fine. I renewed mine again individually last year & paid using Monzo with no issues.

Enjoy the trip to LA!
(Off to Indiana in a couple of weeks too 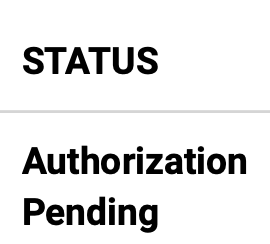 Does this normally get processed within the advertised 72h?

Yes. A good few years ago they used to be just about instant, then it moved to this new setup where it makes you wait. It is usually a few hours at most. Also the last time I didn’t get an email confirmation, I just checked the status by retrieving it later in the day.

Thanks, happened a few minutes ago:

Can’t decide if it’s time to be less, or more anxious about the trip

Anything I need to know when travelling to the US?

Depending on the arrival airport (I’m guessing LAX?), be prepared to queue (or ‘line up’) for a while before getting through border control & then collecting your suitcases. Not sure if you’ve got arranged transport from the airport to the hotel - if not, there’s plenty of Uber’s / taxi’s around outside the arrivals hall or it may be worth linking up with someone outside from your flight to share a road-trip into LA. It can be a good hour into downtown LA - longer if you jump on a shared shuttle bus that drops off at hotel-after-hotel, depending on traffic.

As for the rest of the trip, LA is massive in terms of travel. A rental car or an Uber account is a necessity unless you stick to walking distance from your hotel/Airbnb/base

)- especially for the people at the hotel if you’re at a hotel.

Other than that, enjoy the warmer climes, the ‘buzz’ and the scenery. Go to the Hollywood Blvd walk of fame (Stars in the sidewalks) if you can - walk past Mann’s Chinese Theatre and have a drink at the Roosevelt Hotel bar. There are a zillion food-places/restaurants around there too.

If you get chance, head down to the Santa Monica pier to gaze at the Pacific - that’s awesome.

It’s a bit difficult to offer localised recommendations (if I’m aware of them!) as it is such a huge place to go to. Are you doing Disney in Anaheim?

)- especially for the people at the hotel if you’re at a hotel.

This is very helpful, thanks! I didn’t even realise that we’d need (a) physical cash and (b) tips for hotel staff. Who do we tip? Cleaners? Check in staff? Can’t we add the tip onto a card payment at eg a restaurant?

It’s a bit difficult to offer localised recommendations (if I’m aware of them!) as it is such a huge place to go to. Are you doing Disney in Anaheim?

We got 4 days there, no plans or idea for transport yet. It was literally a spur of the moment decision having seen flight costs.

We’re staying Venice Beach and got Santa Monica, Beverly Hills, Walk of Fame and the observatory planned, then we’ll go from there I think. Any other places we should visit? The tar pits sound quite good but not sure how far they are. We are trying to avoid typical touristy things like Disney or Universal Studios.

Other than that, enjoy the warmer climes, the ‘buzz’ and the scenery.

Exactly what we’re after following a tough few years

Oh, and in terms of queuing, I presume a standard 3 hours before departure is enough for LAX too?

As said, you will need lots os small bills!

Who do we tip?

I presume a standard 3 hours before departure is enough for LAX too?

Yes will be fine.

If you get a hire car remember not to put any deposit on your debit cards! Use a credit card companies money. And also if you get a car, Vegas is under a five hour drive if you want to experience it for a day.

As said, you will need lots os small bills!

Who do we tip?

Do we tip reception staff when checking in or out? How do we give them the money? And for cleaners? Do we leave it in the room on checkout?

If you get a hire car remember not to put any deposit on your debit cards! Use a credit card companies money. And also if you get a car, Vegas is under a five hour drive if you want to experience it for a day.

Is it 5h one way or return? It’s a lot either way given we’re only spending 4 days there I think (unless it’s manageable?). Otherwise it’ll be included on our coast to coast road trip before we get too old to do it

You’ve got it sussed. That itinerary is spot on.

As for tips, tip the bag person (who will undoubtedly offer to take your bags off you on approach to the hotel reception - but don’t actually tip them until they show at your room with the bags)

If you’re going to be wanting help from the hotel Concierge for directions, tourist advice or calling taxi’s - tip them. They’ll offer more if you do. Be friendly, give them a dollar or two. It’s easy to build a rapport with the staff with $$$ (even though the tipping culture is far removed from what you are probably used to). I don’t bother with cleaners, given the cost of the hotel to start with - unless they do something above and beyond like towel art or excessive pillow chocs.

And if you choose to drive around - it is amazing what you can see - and there are no anti-clockwise roundabouts either. But there are right-turn filters on some junctions in CA - meaning you have to wait, rather than being allowed to strangely drive through a red-light on the turn…

Be careful & you’ll have a great time!

Thanks, very helpful. How do I give people the tips? Do I just thrust money at them? Hand it to them sneakily like a bribe? Never done it or had it done to me so it’s strange.

In terms of driving, we are not planning to rent a car given the images of LA gridlock. Should we? Would it give us that much more freedom? Or can we get by on Uber/Lyft/taxi/metro?

Hand it to them - after they’ve completed the service - or leave it on the counter (concierge) if you want to. Giving the person who brings your bags up $2/3 is about reasonable, and similarly for other small things. 15% or so on meals, depending on the quality of service, and whether you enjoyed yourself.

If at a bar getting drinks, you can either tip cash, or add it to your bill, but I have in the past tipped big on the first drink if I know I’m going to be there for a few, and then you sometimes get better service for the others and throw a couple $ per drink after.

When adding tips to your bill, you’ll be charged for the initial amount not including tip, and then when the payment is process a couple days later it’ll update with the tip amount included as well, one or two places may do a separate transaction for the tip.

In terms of getting low $$ notes, a fascinating thing is that Tesco Currency Exchange (in a few stores) offer a $20 “tip pack”, which is just a load of single dollar bills - was hugely valuable for me when leaving tips.

Just shout if you want to know anything else about America! Happy to help!

Make sure you have valid travel insurance too!

While you are a ‘new face’ (trust me - they know if you are), ask them for advice/directions/recommendations and they’ll deliver. Hand them $2-$5 with a ‘thank you’ after the delivery and you’ll be set for further help. You are now an ‘established face’
You don’t need to go overboard each time after that though $1-$2 after that per interaction should be OK.

Driving in LA as a tourist is almost a given. It’s such an expanse in itself, never mind a further trip to Vegas or a trip down to San Diego or across to the Joshua Tree, or up the Pacific coast road through Malibu and up to Mussel Shoals. I’ve done these and they were all more than worth it.
(it’s the bits in-between with weird diner stops and off-the-wall tourist ‘attractions’ that make lifetime memories!)

Highly, highly recommended. But entirely up to you to make the best of your trip -

Thanks for all the tips (no pun intended!). I suppose in terms of driving, I’m just worried about both jet lag, and traffic / the availability of parking. I suppose I’m too much in the UK mindset where I can barely find parking in a small town. Is parking more plentiful in LA? Would I not just regret lumbering myself with a car? I think I’d like the flexibility it offers but then how do I park near the Walk of Fame?

but then how do I park near the Walk of Fame?

Drive to any hotel car park in the area. Give the keys to a valet there (tip them nicely at this point) who will go & park your car safely in the hotel car park and they’ll give you a voucher. Go & do your own thing and then when ready to leave, go back to the Hotel reception with the voucher. Say you need to get your car & tip the receptionist a little. They’ll validate the voucher, then you can go to the hotel valet booth at the car park & present the validated voucher to someone there. They’ll go & get your car - tip them when they hand it over to you.

EDIT: Forget about jet-lag. The excitement of being there will fuel the trip. It’s only when you get back do you feel like s**t for a few days - but the memories are more than worth those few days.

God I love Los Angeles. I’d live there if I could. The first time I went there I ended up at the Vanity Fair Oscars after party. Decades ago.

I did some googling and can’t see anything about airport wait times these days. So, to those who’ve flown internationally recently, I am presuming 3h before departure should be fine to rock up at Heathrow? Maybe still get an hour in the lounge that way.