I am thinking of giving them a try as part of an eco push on my behalf. How have people found them?

I hear the UI is a bit old fashioned but how old fashioned could it be on a new operating system? I have heard payments are a bit slow but I could deal with that if I was using the account somewhat sparingly at first.

This isn’t a referral for cash so I hope it doesn’t cause a problem, but if anyone did have an account and could refer me I believe it would result in a charitable donation. Not a bad thing if I chose to test it out.

If that breaks the rules someone delete that paragraph and change it to DM me if you have an account with Triodos.

I was considering, however there’s a few downsides…

You can’t pay in cash, meaning you need accounts eleswhere if you ever want to get rid of cash at a bank, cheques have to be posted, they require a card reader for setting up payments and last and worst no support for Google or Apple Pay.

I’d want a single solution if I’m paying anything for the account per month. (even if it is only £3 per month.)

Fair enough. I do have solutions for cash, Apple Pay & ways to speed up transfers elsewhere. I think I would set aside say £9 to try it for three months. It’d be good to secure the referral - then if it’s not for me it’s a bank I can CASS as. I don’t have one of these in single name atm. Will make the whole testing of their credentials worth the time if it doesn’t work out!

Environmentally, Triodos is unrivalled. Technically it’s like banking from 15 years ago, with an additional £3 fee.

In a more broader sense ethically, I would rate Starling as high.

In a more broader sense ethically, I would rate Starling as high

I always thought Triodos would have been better off whitelabelling with a bank like Starling, but maybe their cultures are too far apart.

In a more broader sense ethically, I would rate Starling as high.

Why Starling specifically, out of interest? Most of the fintechs are on a similar footing, but the issue for me is a lack of stated commitment or promises in this regard, which is largely what makes Algbra so exciting for me.

There’s two things with Starling that really stick out to me, and why I wouldn’t rate them as high as Triodos: their overdrafts policies, and their greenwashing with recycled plastic bank cards.

Some folks have also raised concerns with their investors on this community in the past. I haven’t done much digging but I think @SouthseaOne knows quite a bit on this. It’s not something I would really factor in when assessing them personally, but for a private company it matters to some folks and they care about this stuff. Ethical startups and companies tend to be very selective over where they’ll accept funding from.

Transparency? The ownership of the bank?

Some folks have also raised concerns with their investors on this community in the past.

A very good point which I had overlooked. Will have to have a think about Starling going forward.

I haven’t done much digging but I think @SouthseaOne knows quite a bit on this.

I wouldn’t claim any sort of expertise

I do think McPike is an absolutely superb Austrian surname though

I opened an Ethical Stocks & Shares ISA account with them a few months ago.

Yes, interface is an absolute joke but as the investment just sits there, I don’t have to actively do anything so it’s never been an issue. Not planning on making them my everyday-bank as will keep Monzo for that. I have seen that they’re updating their UI in the future though.

Referral code (but please remove if it breaks any rules!) - £25 goes to charity and you get £60 voucher. 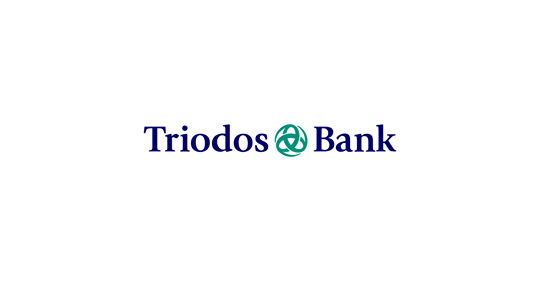 Thank you Wan - someone from Reddit provided me with one so I should have commented back. I appreciate your response. My partner might do it as well so perhaps I’ll give her your link so you can pick the charity you wish. I can’t refer yet as I’m still stuck on verifying ID.

Having been referred wan - do you know whether the initial £100 must be paid in one go or whether it can be paid in increments?