This, plus action plans and not just promises or verbiage. This has to have been the slowest fuse ever in that a timeline of total bluster and fake promises since 2019 have come to fruit…

Oh I know, I was agreeing with you

Do people really belive that if they don’t pay the energy companies will just go “oh ok fair does, have free energy then…”

I could be wrong, but I believe that they are advocating cancelling direct debits, so I guess people will still pay what they owe at some stage.

I wish they were clearer with this. To me it reads as “Let’s just not pay, and worry about the consequences later!”

I could be wrong, but I believe that they are advocating cancelling direct debits, so I guess people will still pay what they owe at some stage.

Yes and they will which is the point. But people will (likely) mis-read this and do it in the false belive that the energy companies will magically drop their bills and it’ll all be ok.

It’s not a solution and I, for one, don’t agree with the messages.

No, they really are saying “Don’t pay” (albeit with the caveat, “if we can get enough people to pledge to not pay”).

They have a clear FAQ where they make their argument for why people shouldn’t pay, and why they believe it will work. 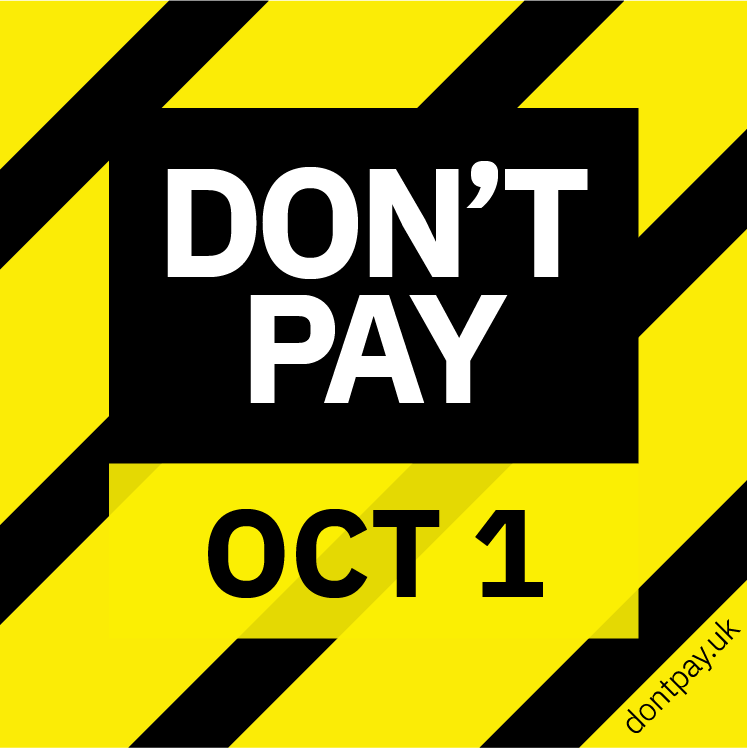 Who is Don’t Pay? Won't they just cut off my gas and electricity? Do have to say I won't pay now?

We’ll only go ahead with the non-payment strike if we have power in numbers. So, if energy suppliers decide to try to disconnect people, they’ll be forced to first contact thousands, tens of thousands or even more customers about the possibility of disconnecting supply - but only after 28 days have passed. Then they’ll have to give a chance to set up a payment plan before, in most cases, applying to a court for a warrant. It’ll cause paralysis and create a months-long backlog.

The group compare themselves to the Poll Tax riots, which I’m not sure is the right comparison to make. To me, the closer comparison is private car parking companies and how people used to just not pay any parking charges they were slapped with, because they believed the parking companies wouldn’t take them to court. What happened in the end there? Parking companies got the law changed to make it easier to take people to court, and they did (and do).

It seems that there is more than one campaign;

Simply cancel the direct debit agreement you currently have with your energy provider(s). Join us by striking and not paying you’re energy bills to protest the cost of living crisis in the UK.

If you’re worried about paying nothing, we’re suggesting you cancel your direct debit and then set up a standing order for a small amount (no more than £50 per/month). Energy companies can’t chase you aggressively or cut off your supply if you’re making an attempt to pay. 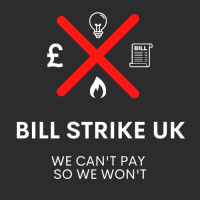 Simply cancel the direct debit agreement you currently have with your energy provider(s). Join us by striking and not paying you’re energy bills to protest the cost of living crisis in the UK…

Yes - but (some) folk will see the first bit and not understand the second part, which I personally belive will cause undue financial hardship.

Anyway, It’s not for me and others may have different opinions

As noted above, there is more than one campaign:

Sites for both groups are linked in posts above, if anyone wishes to double-check this understanding of the campaigns.

Don’t pay = trash your credit file and have debt letters/collectors rock up with potential default and CCJ if goes that far.

It’s a complete sham what’s happening, some energy companies can afford the hit, ofgem or whatever other regulators involved are pussy footing around.

If this was the banks they’d have their

handed to them and forced to pay whatever necessary to protect the customers.

Ofgem aren’t worth existing at this point.

The FCA is so different to ofcom and ofgem, they seem to have so much more power and enforcement in what’s fair etc. (Solely personal view).

If it was pushed across the board everything would change.

I’m with London Power, which is backed by Octopus. I’m about to raise my DD to 250% of what I’m currently paying, using the projection graph in ‘My Account’.

On the basic graph, this gets me to June next year with a credit balance of ≈£75.

But switching on the Crystal Ball (beta) mode, which attempts to take into account the latest price cap projected analysis from Cornwall Insights, and also their best–guess at how the rebate will work, I end up at June next year owing >£1500.

But switching on the Crystal Ball (beta) mode, which attempts to take into account the latest price cap projected analysis from Cornwall Insights, and also their best–guess at how the rebate will work, I end up at June next year owing £1500.

With the crystal ball thing - it actually includes a decrease in your direct debit equal to the rebate. So while I see the rebate in addition to my direct debit, octopus don’t.

Haven’t seen this posted here yet, but this is one reason why bills may be soaring ever higher:

Yet another thing that highlights our own failure, as a country, to invest in green power. Clearly the worst thing David Cameron ever did was cause Brexit, but his ‘getting rid of all the “green crap”’ is surely running a close second by now, given it has ended up adding billions to our energy bills.

That’s because the government has indicated that the rebate will reduce people’s payments over those five months. But now we’re in a position where doing that means people’s debt runs away, as the rebate isn’t nearly enough.

Oh yea, absolutely.
I was just hoping that there’d be the option to continue my direct debit too, and that be taken into account with the crystal ball thing.

On London Power, one is able to raise the DD manually, and I’ll probably do that.

Yea, I can do that, but decreasing it after is tough to do! They have a lower limit you can set it to.

With octopus I can do a one off payment to my account, so probs just do that for the 6 months of the debate tbf