The end of an era

So Friday 9pm Channel 5, the last ever episode of Neighbors airs. I’ve not watched it in about a million years, but I’ll be watching the final just to see it end. 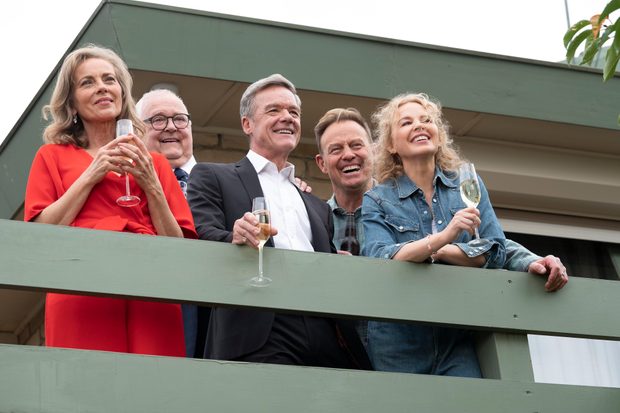 Neighbours finale week: Everything we know about soap's last episodes

What's in store after a dramatic penultimate week?

I watched the very first one!

Neighbours and Home and Away are my guilty pleasures! I’ve been watching both from the beginning - on TV.

I don’t watch UK or US soaps, though.

I stopped watching it early nineties, I think.

I watched the first Eastenders too. Not seen one of them in a generation either.

Home and Away I watched way back when, along with Richmond Hill, Sons & Daughters, when Aussie soaps were the thing.

Not a Soap viewer at all now.

I used to watch Neighbours back in the day, fell out of it when Stingray died and then it moved to Five.

I’ve been watching since the start of this week because I figured they would spread the farewell out a bit, and probably should’ve started watching a bit earlier because they’ve clearly been doing clips of old Neighbours for a bit longer than that (there’s an in-story reason).

Joel came back for the one episode yesterday!

You’ve not missed much - I think just a couple of old clips last week. The come-backs have been happening for around 3 weeks, though.

The move to Five was when it died to me.

But I still fondly remember the days of watching Neighbours daily after school. Often before switching over to BBC2 for some TNG / DS9.

I’ve got my bottle of Bubbly chilling in the fridge ready to toast the show as it ends.

It’s been, for many many years, my 'get home from work (these days ‘clock off at my desk and turn off the computer’) and chill out watching this. Gonna be a bit lost on Monday when I wont be able to do that

I watched from 88 to 97. Around the time Karl Kennedy had his affair.
Never missed watching it and had no desires to do so until this week. I watched the last two episodes and thought it was ok.
A bit rubbish that Scott and Charlene filmed their bits separate to the others. Was hoping Henry Ramsay and Joe Mangel would return. One of the best soap double acts.

I’m still upset that Brookside (my fav soap of all time) ended. I’ve boycotted Channel 4 ever since