I really hope this becomes a thing. Especially, as others have said, with micro-saving at its core. I’m currently in recovery from a heap of debt and have only just started saving at the ripe old age of 52. I could seriously use savings avenues that have the possibility of growing faster than average. Got a 5’2" box to pay for plus however many rounds of sandwiches and sausage rolls. Make it so, Monzo!

Extract from 45min 20secs into this podcast:

‘So there’s no reason why Freetrade wouldn’t necessarily work in partnership with a bank at some point if there was something in it for both of you right?’ - Host

‘Would we do that, we have no plans to. That just sounds like another layer of intermediation to me. I think that Freetrade has a spot on your home screen and there’s no reason why investments need to live in some sub-corner of your banking app. Going to your good point of setting up a rule for taking out money automatically and putting it into your investment app, well we’re going to be able to do that soon with open banking’. - CEO and Founder of Freetrade

🔥Out now: fi.11fs.com/434🔥 We dive into #digital #wealthmanagement & the models + products emerging in this space From the ethics of #investing to the future of #WealthTech - we get the views from the leaders of @freetrade, @ScalableCapital, @blackrock & @Huddlestock! https://t.co/JCG3KMJRyP 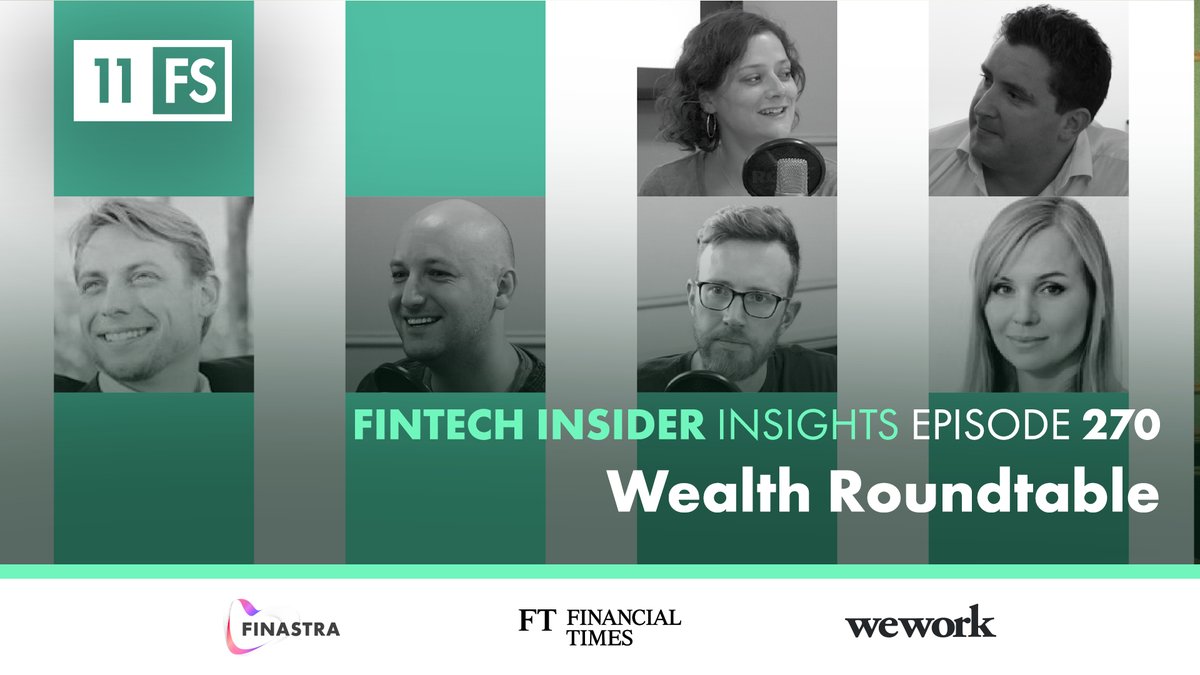 Thanks for the link. There are plenty of other providers Monzo could partner with for this if Freetrade are not interested at present (personally I think Adam should not dismiss the large market of people who have zero interest in an investment app on their home screen).

I’m looking forward to seeing how the marketplace idea develops on the monzo side.

I wonder if Adam really believes that or if he’s just trying to play hardball to get a good deal for a partnership?

Seems a bit foolhardy to outright dismiss it. If Monzo can get them 100k customers by integrating with them and sending out a push notification, to me whatever they are paying Monzo for that is a marketing cost for acquiring 100k users rather than just unnecessary intermediation costs which he seems to think it is.

I do agree it would be a good acquisition channel if you believe freetrade can’t reach those users. Speculating here, but I imagine they’re just a little too close to the investing world and can’t see why everyone is not interested - IMO most when young have neither the time, nor money, nor inclination to download an investing app. Like pensions and death it feels too far away to worry about for many.

Anyway, this is a little off topic - for Monzo it doesn’t matter who partners are and they could offer several stocks and shares pots.

This is so key and such a good suggestion. I think Freetrade is a brilliant product with massive growth potential domestically (I’m eagerly awaiting full Android release so I can open an account), we’ve seen the success of RobinHood in the US and Freetrade could have the same growth here.

Speaking as an investor in Monzo now, one of the big problems I have is that I think the company’s vision in terms of revenue generation isn’t as mature as I would like it to be - or at least not overtly. I think one of the things holding back older customers (i.e. over 40s - most of whom have smart phones btw) is a lack of financial products. The savings offer right now (Investec 1%) is just not competitive.

A S&S ISA is the sort of product Monzo should be looking to facilitate through the app - as part of its ‘financial platform’ strategy. And, as seen with Freetrade, Moneybox etc. there is a lot of innovation in this area. I don’t think Monzo should limit itself to integrating Freetrade. But certainly integration with S&S ISA apps on your Monzo account is a must.

I think long term maybe Monzo should look at a merger or acquisition but, with the strength of the investment marketplace, the acquisition could come from the other side - maybe that’s how we end up seeing ROI from our recent crowdfunding.

I think the young are becoming investment / saving aware.

1% on balances over £1,000 is a bad deal. Certainly has not attracted me to move a chunk of money from an account without interest.

Investing is becoming a trendy thing. I think Monzo should act quickly to provide some fun and inticing options. Like a stocks pot. Like integration with freetrade. Make it easy for people to move money in to investments.
It should also provide some guidance on investing. It needs to be clear how it works, the risks involved and maybe provide some hints on strong stocks (though I guess some careful wording would be required)

^ This is the reason I don’t use the pot it just doesn’t make sense for me.

I think if Monzo could get into this very high level Stocks&Shares Pot or Service I would maybe think about moving over and using it - i understand the risk reward element but that investing for you.

Furthermore, maybe integration with a service like Nutmeg (this is where i have a Stocks and Shares LISA) would be a really cool integration - or at least bring a LISA product into Monzo - again allow savvy people to save?

Yes if their marketplace idea is to work well I think they’d want to be offering say 5 different types of S&S ISA, a few different cash ISAs, a few savings accounts. Hopefully they’ll start adding more types of pots/accounts within the app from different providers.

It would be nice if Monzo sorted out the withdrawal delay issue though, even if they have to put up the cash for withdrawals during that process to make it seamless for the user. To me it makes the whole experience far less slick.

I suppose this would only work with the backing of the services providers, but really hope this becomes a reality as really integrates with the marketplace model!

I feel like this may be out of Monzo’s hands as it would all depend on how the service accounts for a withdrawal (especially in instances where Stocks and Shares are involved) but if Monzo could break this or at least make it easier to withdraw would be a major point of attraction!

Stocks and shares would be awesome through monzo! Combine that with a LISA product and I’d be taking my eyes of: H&L, Nutmeg, Moneybox, Skipton, etc.

It’d be phenomenal, a real leap towards monzo’s marketplace vision & a step towards a single point of management for my finances

Agreed! It’s definitely something I would use. I used to use Moneybox but having the cash come out of my account on a weekly basis wasn’t ideal, plus the breakdowns and presentation isn’t the best. This is something Monzo could do 100x better, the integration with pots would be seamless

A Vanguard tie up. Yeah, where do I sign!?

Would be very keen for something like this - is it likely to happen do we know?

Now that you can vote on these ideas, please vote if you’d like to see this happen.

Would be very keen for something like this - is it likely to happen do we know?

It seems like it is going to happen now, which is great news. So we’ll just need to wait and see what they come up with. 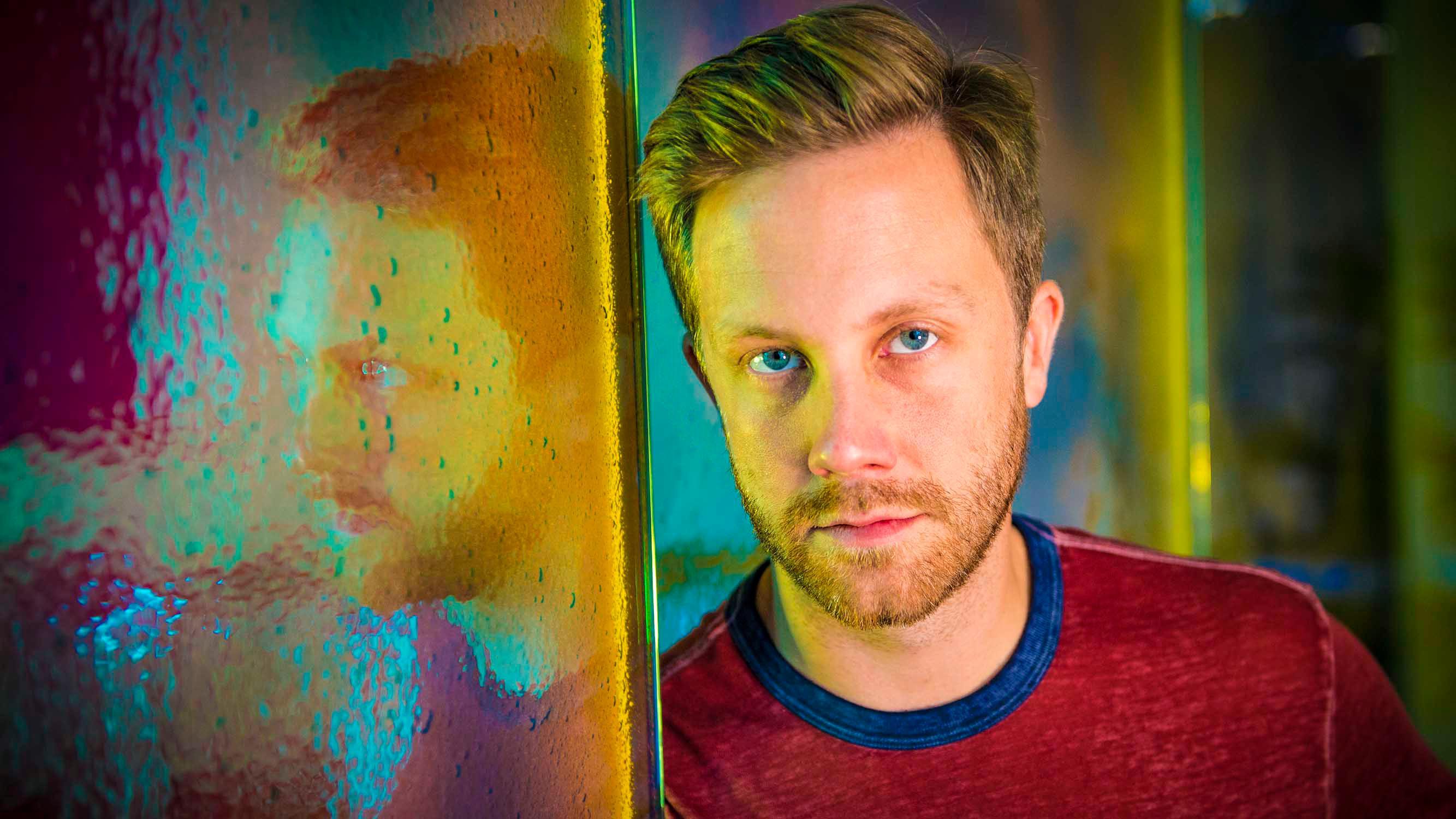 The digital bank Monzo is in talks with fund giants BlackRock, Fidelity and Vanguard about offering cheap investment accounts in a plan dubbed “Hargreaves Lansdown for millennials”. Monzo, which is...

I love Freetrade and would love to see a similar offering through Monzo whether by way of a JV arrangement with Freetrade or building out it’s own platform like Revolut. I think this is a missed opportunity as Monzo already has 4+m users vs Freetrade’s 150k. I believe Feetrade also licences use of its platform. Would love to hear more from Monzo on this. This would be a great product to tie in with the premium account.

Maybe with the management refresh at Monzo this might gain a little more traction. This is surely a mutually beneficial opportunity for Monzo to catch up with Revolut and Freetrade to grow it’s AUA and customer base, whilst giving Monzo customers the chance to start investing and growth their wealth, particularly when saving rates aren’t even preserving capital.

Partnerships, now more than ever are the name of the game, if we’re going to get through this. How about it @v18n ?

There’s no way to avoid the basic problem with the marketplace concept though - intermediary costs.

I just don’t see how you can convince enough users to accept higher fees just for the convenience of integration.

I’ve just read this article about Freetrade that has an interesting nugget: It’s also looking at an ‘auto-pilot’ feature which would automatically funnel money into different accounts for you and integrate with customers’ banks so they can see their investments in their banking app. “We want people to go to the Freetrade app, but if you’re looking at your savings app it would be nice to see how much you’ve invested,” says Fuller. Emphasis mine. I’m assuming they’re working on an open API, bu…