Got to make a few headlines somehow

I wish the person who made the allegations would engage with the person who’s defending them, then they could actually ask these questions, rather than have the months of press gossip we’ve had so far.

The Treasury wants its money back, and it’ll make sure it does, and they’ll be loathed to pay the guarantees unless they really have too

Anyone with a joint account, has it shown on your credit report as a financial link at all? Bearing in mind other bills such as mortgage etc may link, but in our case we solely have the joint account, nothing else.

To add, ours isn’t showing a link on any report.

Starling founder Anne Boden: Banks DON’T have to rip customers | This is Money

It’s not great reading for Starling…

Funnily enough, none of the articles are going big on the other aspects of the report which state the data:

…lenders are at different stages of the recovery process; that banks may have adhered to scheme rules but still experienced higher loss rates than peers; and that the scale of claims on the taxpayer guarantee does not necessarily indicate “the amount of fraud in a lender’s portfolio”

I’m not blindly defending Starling here, but if you look at the data, and compare how much, say, NatWest lent out under the scheme, it’s currently showing zero arrears or fraud, which would indicate the figures across the sector aren’t synchronised.

Half of it is a load of crap. Starling complied with all Government requirements, so they can’t be criticised on what checks they completed or not. The Government didn’t allow them to do more checks.

I do wonder how much effort you have to try and put into recovery too.

From a business perspective, if the government is going to pay you back regardless, do you really put in the effort to get that money back that you normally would?

Ah bless them, they’re still picking up on that fool who quit his government post and then started to crap talk that Starling didn’t do additional checks. Yes mate we know, it was a well known fact they weren’t allowed to do extra checks, all part of the actual government guidance.

I do wonder how much effort you have to try and put into recovery too.

From a business perspective, if the government is going to pay you back regardless, do you really put in the effort to get that money back that you normally would?

As it’s unsecured there’s probably not a whole lot they can do anyway, apart from eventually getting a CCJ but if the borrower don’t have any money that won’t really change much.

I would imagine that the government have a play book which they’ll have to use for trying to recoup as much back from every customer. Really wouldn’t surprise me if it’s a light touch, given they didn’t allow in-depth checks to get a loan in the 1st place.

This doesn’t exist on Android.

And the transactions look huge, maybe as it’s a big screen or whatever.

Anne’s people have dropped me a line. I like that she stays in touch: 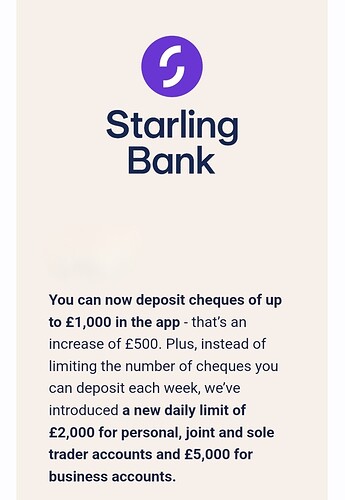 (For screenreaders: photo of an email announcing that Starling has increased their cheque imaging limit from £500 to £1000, and that there is no longer a weekly limit for the number of cheques you can deposit, but instead a daily limit of £2k for personal, joint and sole trader accounts, and £5k for business accounts).

but instead a weekly limit of £2k for personal, joint and sole trader accounts, and £5k for business accounts).

Screenshot says daily, or am I still waking up and reading it wrong

Nothing to see here. 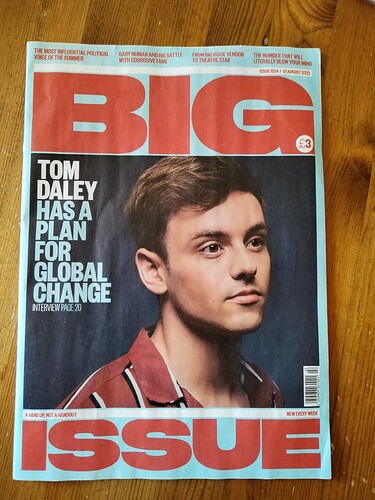 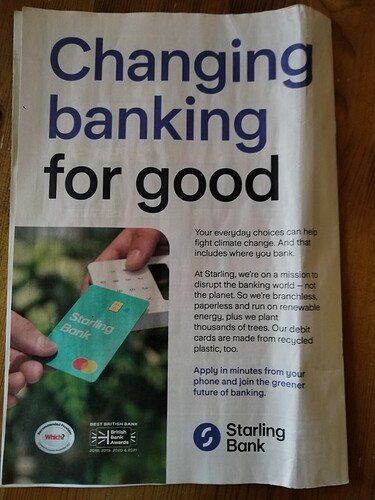 Has anyone had a prompt in app to ask them to provide more information on yourself around income? They’re asking for salary info (standard I guess) but also what industry you work in and what your role is (are you staff, manager or a director). Can’t see a legit reason they need the latter other than for marketing, which they claim it’s not for.