It would be interesting to see in 2021 how many users of Monzo have a Samsung phone because monzo isn’t available in Samsung pay. I can use Google pay just fine but it involves more steps than I’d like to be honest. Thanks.

Monzo won’t reveal that data. All they’ve said is that there isn’t enough demand to make it worth their while to develop and maintain.

If its useful to you, I’d recommend putting your vote in the main topic about this. By starting a new one you’re not going to help your cause because votes will be spread.

Out of interest though, as someone who does have a Samsung phone and uses Google Pay all the time. What are these “more steps” you need to do in comparison to Samsung pay?

I found you the topic. Add your vote at the top

The Andoid app is so far behind and there’s a lot more to come first… But Samsung Pay support would be nice. I’d completely dismissed it for Android Pay until today when they rolled out support to the Gear S3 watch. It’d be nice to have. Latest response from Monzo:

Out of interest though, as someone who does have a Samsung phone and uses Google Pay all the time. What are these “more steps” you need to do in comparison to Samsung pay?

Probably means having to set Google Pay back to been the default wallet to use it. I don’t really see it as an issue to be fair. Just use Google Pay as it’s available without having to use Samsung’s own version.

Well without wanting to show off, Samsung pay works when the Z Flip 3 closed and Google Pay doesn’t. I’ve tried mapping volume buttons to open Google play while the clamshell is shut but it doesn’t work.

The extra steps are that you need to open your phone when paying?

Is there not a setting in Google Pay for this? or just a case of pressing the power button as advised in their documentation. I don’t have that model so I’m not sure how it works.

Google Pay allows users to pay without the need to unlock their device. To pay, the user taps the power button to light the screen, then holds their phone to the reader. The device can remain locked, and displays a tick on the screen when the transaction is successful.

Intrigued I Googled your issue and found this topic where someone is saying the same thing: 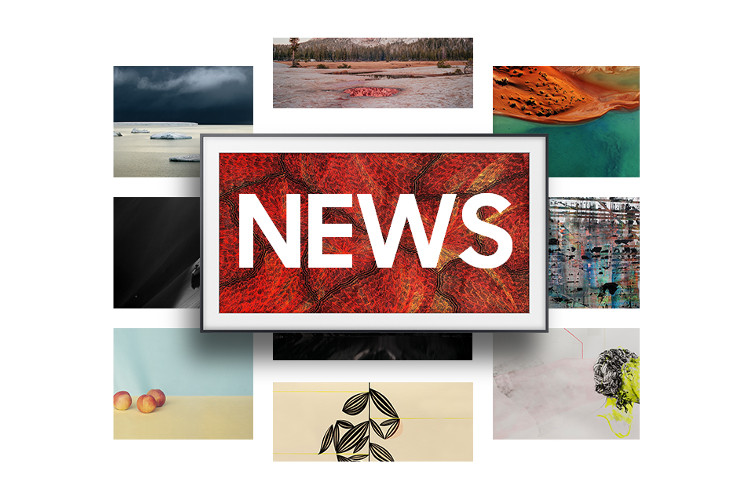 Where is the NFC chip located?    Can it be activated while the phone is closed?    How?

The solution is as follows:

With the phone closed:

So you just tap the screen instead of the power button like on other phones.

Cheers. I’ll give it a go

Try signing up for Samsung Pay+ or Curve …

Add your Monzo card as a backing card for Samsung Pay+ card, then you can make payments with Monzo using Samsung Pay.

Curve would also work - they ‘power’ the Samsung Pay+ card.

It’s interesting that this continues to pop up, but practically speaking, there is actually even less incentive to support Samsung Pay than there was back when I was at Monzo.

Back then, at the very least you could argue that there was a line of Samsung hardware that did not have access to Google Pay - their smartwatch lineup running Tizen.

But now, Samsung have killed Tizen and teamed up with Google on the new version of WearOS. So now there aren’t any products (aside from legacy watches which I assume are not directly sold anymore or at least being phased out) where Samsung Pay would be the only NFC payment option.

I’ve also read that Samsung Pay on the latest phones no longer supports MST, which was the technology that replicated a card swipe for terminals not accepting NFC. Likely there isn’t a need for it anymore, but it also means there is no differentiator.

I think at this point, it’s a two horse race, like many things, between Apple and Google. Unless someone like Square/Cash App wants to start providing that side of the chain as well, which is a possibility, but it might be that there simply is not market demand for a third player.

Samsung Pay will fizzle out in usage, Fitbit Pay will almost certainly be replaced with Google Pay now that Google owns Fitbit, and I don’t even know what other competitors there are in the market anymore.

and I don’t even know what other competitors there are in the market anymore.

God damn Barclaycard 🤦 they still refuse to go Google Pay, have to use their inferior version. To be fair that card gets little use these days as I’m not fannying about with it on my phone.

That’s fair. I appreciate the explanation, and the solution provided by Ordog did in fact work for me too. I just didn’t know about it. Can’t complain about needing Samsung pay anymore.

The thing with Google Pay is that it’s horribly insecure in my opinion as transactions of any amount can go through as long as your phone is unlocked. If someone grabs the phone from your hand then takes it to a nearby POS terminal (could be a mobile one) they can simply empty your account or max out your card.

With both Apple Pay and Samsung Pay you need to specifically authorise a payment transaction first ans so these are far more secure.

I have a Samsung phone and am I just not comfortable using Google Pay as for me it is too insecure.

It would be good if Monzo could support Samsung Pay or even just offer its own NFC payment option from within the Monzo app, as some other banks do.

The thing with Google Pay is that it’s horribly insecure in my opinion as transactions of any amount can go through as long as your phone is unlocked.

That’s what makes it great too.

I can’t really see someone snatching your phone while at a checkout and also not inadvertently locking it. But just like your card, you can lock it quicker than they can run to another shop to buy some mega expensive items.

I’d be more concerned about all of your other personal data they’d have access to with an unlocked phone.

Doesn’t need to be at a check-out, could be anywhere and a POS terminal can be any phone also. I don’t really see how you would lock your phone or card quickly if you’re left empty-handed.

Other data on your phone is a worry but another topic, also this would take longer to exploit than the few seconds it would take for an organised attacker to empty your bank account.

There is a reason why Apple pay and Samsung Pay require authorisation of payments!
I don’t understand why Google refuse to at least offer this as a configurable option.

this would take longer to exploit than the few seconds it would take for an organised attacker to empty your bank account.

No it wouldnt at all.

And no emptying of your account could happen. Not anything huge anyway. Monzos system would detect irregular spending and they cant touch your pots either. You’re also covered and would get your money back.

If someone grabs the phone from your hand then takes it to a nearby POS terminal (could be a mobile one) they can simply empty your account or max out your card.

There’s a maximum period of time between last unlock and transaction, I’m not sure how long it is, but back when I was on Android I ran into this problem when I tried to pay for fuel after having the phone unlocked as a sat-nav for a period.

I do get what you mean though, I did value the convenience of just being able to tap and pay on Android, but paying on an iPhone feels like a very intentional experience and generally just more secure. I prefer it.

My 2 cents here too. Samsung Pay is just a better experience, swipe up from the bottom of the screen and you have it open, then you have to authenticate for every payment, unlike GPay which allows even locked phones to be used to pay - that’s just insecure, plain and simple.

How? I have not been able to find any such setting, other than manually turning NFC off before locking and on after unlocking, which adds a cumbersome step for something Samsung Pay does automatically (if you keep NFC normally off, you can set a routine to turn it on when you open SPay and off when you come out of it, however this does not work for GPay).