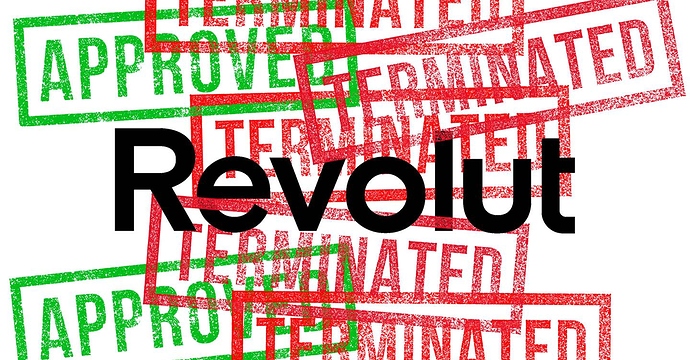 Revolut’s new normal is much the same as always then

It was never going to just be Monzo, theirs just happened to leak first.

@N26throwaway saw you asked on a different thread which other banks & fintechs are cutting jobs.

I believe you’re confusing me with @Eden!

I think you both asked! (I scrolled back to check who it was before tagging you)

edit: Double checked and I might have slightly misread

but doesn’t matter, shows it is effecting other fintechs too which was the point!

This isn’t exactly the same thing as what Monzo have done though, but Revolut are being very underhanded here. If true, it’s disgusting.

Yes the worrying thing for me that makes it sound true is it sounds very ‘revolut’ from everything negative I’ve heard about their internal culture in the past.

I’m not too familiar with Revolut’s culture. I’ve never so much as visited their community. I have heard some stories though, and they don’t paint a pretty picture.

I think we also have to look at sources and timing too though. Monzo’s was a leaked memo, Revolut’s seems to be disgruntled employees, possibly fired before covid? (I’ll need to properly read the article when I have time later). With that said, where there’s smoke…

They’ve been nagging me to provide ID again to keep my account open, I’ll just close it. I can’t say i’m shocked but this is utterly shameful.

They’ve been nagging me to. I’ve tried twice now and it’s failed both times…

This is why I don’t trust them with anymore than £100 at a time. I want to, because I love their app. There are just too many negative stories that feel too believable, and with no FSCS protections, I can’t.

The most depressing bit, I find, is the salary. The Union project has completely failed to level salaries across Europe, and Poland is still part of the underbelly. It’s no wonder Revolut sticks at the periphery - easier to exploit

This is all completely plausible. A ‘good’ company and a good product are not the same thing.

Every time there is any sort of pressure on the economy this kind of thing goes on.

They have great product; and will almost certainly come out of this as a massive company long term, but following the Uber playbook, down to treating staff like

and continuing to do it as a default, does really put me off using them, ever

Yes, it was @Eden who thought that only Monzo would have to make people redundant.

Revolut being scummy as usual.