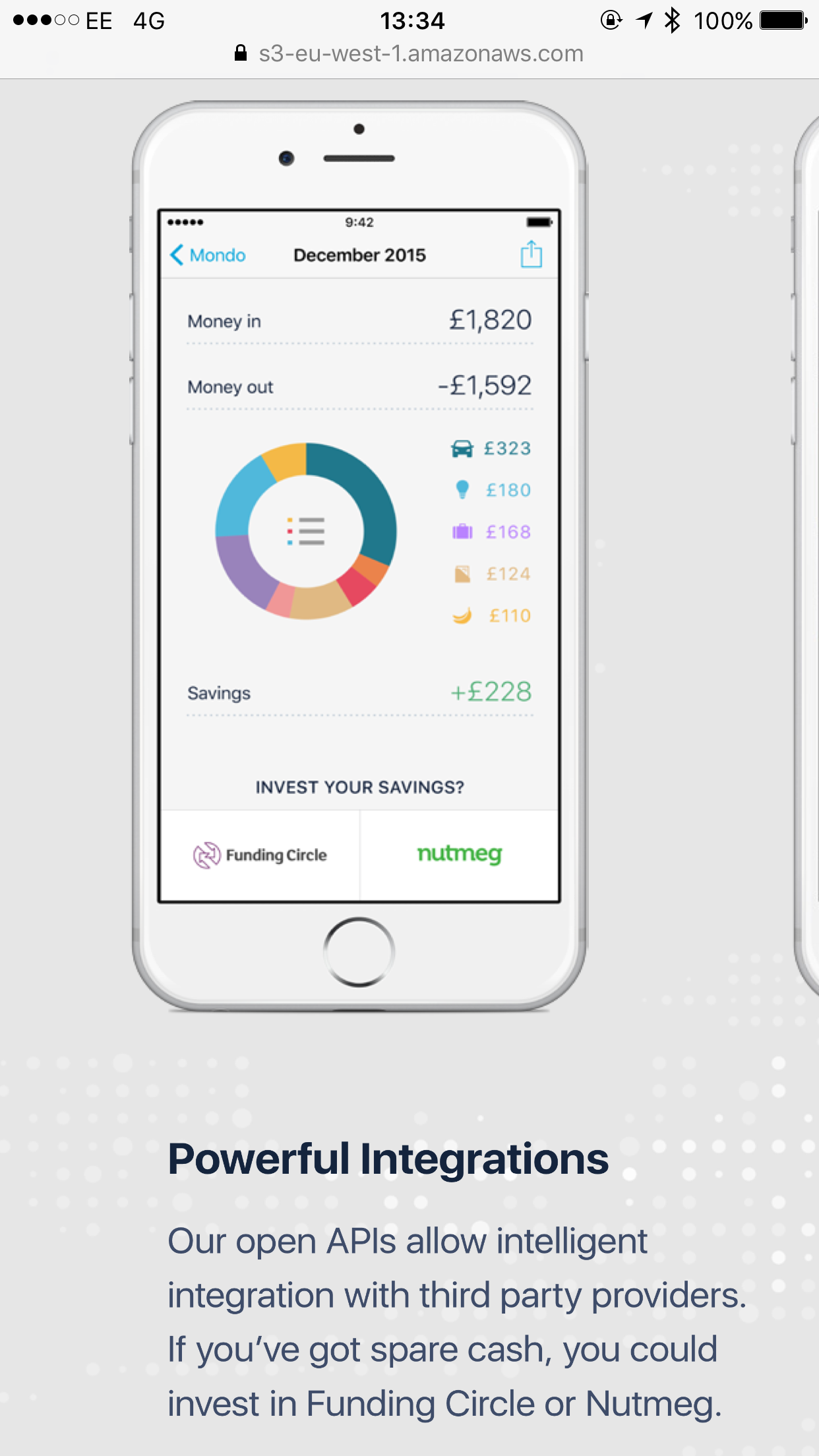 I built a “P2P overdraft” product at about 2 years ago with @jonas and @matt at a a Level39 Hackathon. I think we called it “Underdraft”!

Tom was asked whether Monzo would ever offer P2P lending recently at LendIt USA at around 43:10 (the talk was on How Lending is Impacting Other Areas of Fintech but ended up being a much more broad discussion) 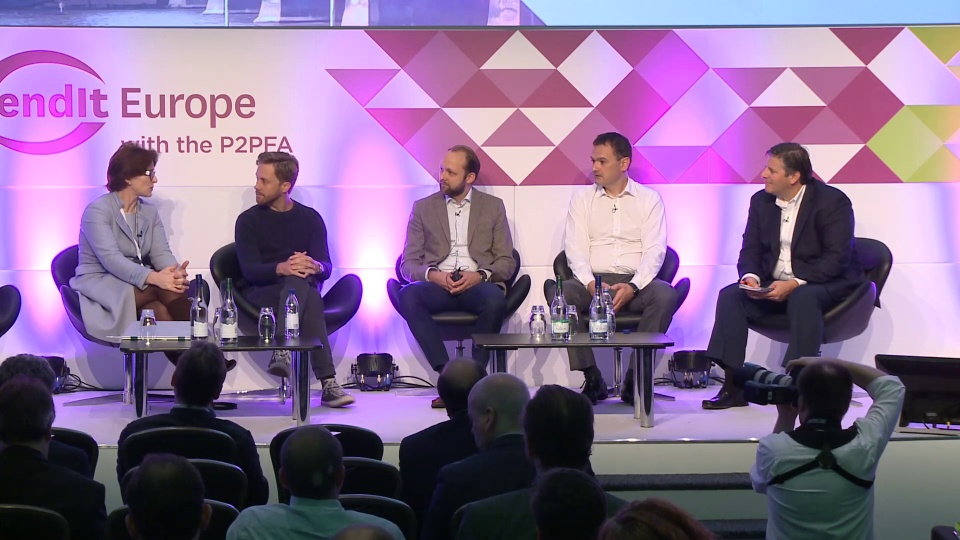 How Lending is Impacting Other Areas of Fintech

his answer was that Monzo would enable a third party provider to lend to Monzo users (& take a referral fee, of course).

Any idea which third party that would be, if anyone at Monzo has hinted a preference?

I’ve also been looking for best ways to get highest resturn on my money (maybe not right now given the state of the economy). I understand I could debit from any card, including Monzo, into a P2P system, but I’d rather do it with one that’s going to benefit Monzo and it’s users.

Tom mentions Zopa several times during this talk (& as far as I can tell Monzo & Zopa aren’t backed by the same investors).

Contradictory what you’ve mentioned here, the most recent Monzo article in The Guardian mentions FundingCircle instead of Zopa.

I would have thought that to be unlikely though, as FundingCircle exclusively lend to businesses as far as I’m aware, so Monzo would be ignoring personal consumers borrowing needs. Unless Tom likes the idea of both options. There’s no known reason why he can’t partner with both.

Unless Tom likes the idea of both options.

To clarify, he didn’t recommend Zopa, he just mentioned them while discussing lenders Monzo could potentially integrate with.

Yes, important to state that its all just speculation for now so nobody can be accused of misinforming another.

Important to note that Tom often talks about Monzo being part of a marketplace of different partners (see the Monzo name launch video) and integrations.

At this point, unless you see otherwise, these are all potential partners in that whole system.

The four largest platforms in the UK are Funding Circle, Zopa, RateSetter and MarketInvoice.

All of these and others can be seen as potential partners, although it has to be said that some appear more likely than others. @beningreenjam has already raised a good point that Funding Circle lends exclusively to small and medium-sized businesses and this might not be an ideal fit. Zopa is the world’s oldest and Europe’s largest peer-to-peer lending service which IMO provides it with an advantage given the number of casualties in the sector.

Zopa has also recently released a loan application service API which has been integrated by Pariti:
http://blog.zopa.com/2016/09/07/zopa-partners-with-pariti/

At this stage, we’re laser-focussed on getting the current account launched. So we haven’t yet struck deals with any investment product providers. Personally, I have lent out a small amount of money via both Zopa and Funding Circle, but there are a number of other good providers out there as well.

Eventually, I suspect we’ll offer a range of options to suit your risk/return appetite.

Have you considered one-to-one-peer-to-peer lending within Monzo itself?

I’d love to be able to lend my kids (or at least my adult kid) some money, agree the terms in-app and then know it’s being automatically paid back. I’m sure lots of people would do this within families and friends if they could. I’d happily lend at 0% interest to my network of family and friends.

I could see it working really simply: hit ‘lend’; choose the recipient and amount; select the duration (or a single day it will all be paid); perhaps the day of each period (every monday, every 2nd of the month); possibly interest (although I’d be against it really and I guess there are legal implications there); then hit ‘send offer’. They in turn could read and accept or reject the terms. We could both end the agreement at any time but I’d have to forfeit the remainder owed and they would have to pay the remainder owed.

Monzo’s approach for credit cards, mortgages & loans is that they’ll let other providers offer them. Tom mentioned in this video that

The idea of one bank providing every service (mortgages, credit cards, p2p lending etc.) is no longer credible

& as he mentioned in the above talk

the aim is not to be balance sheet heavy

when asked, he also said that a 3rd party would provide P2P lending services.

Having said that, he did propose a solution for P2P lending in this talk

& mentioned the overdraft market (Monzo will be offering overdrafts) in the same sentence…but that talk was given a while ago though - probably before the product roadmap had been decided upon.

So I expect the answer for now is Monzo won’t offer this in the app.

It’s a nice idea if everyone were to always be able to pay. I’d imagine things would get awkward very quickly if for instance I’d lent a friend several thousand pounds, he makes a few payments then can’t afford to make the rest, or even worse if they decide to run away without paying anything. Yes it could be made to make a negative mark against their credit record but the lender would either have to go through a collections agent or nullify the loan. Neither of which are attractive options between friends.

By all means, the option could be introduced at some point. I just doubt it’d be very popular

Here's the announcement from Zopa - Launching a bank, to sit alongside our existing peer-to-peer business, should allow us to create new and innovative savings and borrowing products. At launch, Zopa will offer FSCS protected deposit accounts to savers and overdraft alternatives to borrowers. The regulatory application process should take about 15-24 months

… and it was thought to be the leading favourite for Monzo to build a P2P partnership with, RateSetter may be the ideal alternative given their Affiliates partnership program

Become a RateSetter Affiliate
We provide attractive products for Investors and Borrowers and our customer reviews are testimony to that. If your customers would also benefit from RateSetter’s products we’d love to hear from you. The RateSetter affiliate programme offers easy access and management by integrating with our product, content and MI.

Please get in touch if you are interested in an affiliate relationship onlinemarketing@ratesetter.com.

LendingWorks also list some partners, one of which is Natwest Bank, and don’t seem to clearly define how one might become a partner.

It’s a shame it took a while but this is good news for Zopa - & the UK FinTech industry in general, as this should encourage more entrepreneurs to create similar startups -

Zopa, the UK’s oldest peer-to-peer lender, has become the first major company of its kind to be granted authorisation by the City regulator following more than a year of delays.

Are you able to print to PDF and embed that instead of a link?