About to come into a small chunk of money.

Would it be better to use it for

Whatever happens I want to use the money to help clear a small chunk of debt and I plan to close my credit cards as they are paid off, so I don’t have the temptation of racking up another balance on it.

Are any accruing interest?

Exactly what I was going to ask. Do you know the rates on each card?

If I’m correct, the default stay on you credit record whether you pay it off in full or not.
So I’s say, pay off the one with the biggest balance or highest interest rate, and work your way down from there.

Simply treat repayment plan as an agreed fixed bill and don’t dwell about it.

Pay off the most expensive debt first.

Which card is adding the most to what you owe because it has the highest interest rate? Pay that off first.

Getting flashbacks, not all pleasant, to my days on MSE and the Snowball Calculator

How much are you prepared to pay in interest? - Calculate the real cost of your debt and become debt free

If I’m correct, the default stay on you credit record whether you pay it off in full or not

There’s a difference. On equifax it will show the ‘number of defaults’ - a total figure which will include a default which has been settled.

However, if you pay it off the account itself will change to settled. You will not be considered to have outstanding adverse debt & the number of settled accounts will also increase.

Having defaulted balances on the file will definitely have a larger impact on your scoring and creditworthiness than an active credit card. It has a higher weighting than the credit utilisation ratio which can bump a score if you max out a cards limits.

Cost wise though, the cards may make sense - but if you’re looking to improve your credit you should pay off the default. Unless it’s close to being paid off anyway & you have no credit applications in the pipeline.

Source - I work in credit assessment/applications - specifically those with adverse debt.

I agree with the general advice to pay the highest interest debt first.

The one exception could be the defaulted account where you may be able to negotiate a reduced lump sum payment for full and final settlement of the debt.

Debt consolidators will always try to talk people out of it to earn their money for nothing before the debt is even touched. A DCA wants you to treat it like the full value of the debt over time - more profit margin for them. But they’ll take a decent margin up front all the same…

With low limit credit cards you’re best paying them off in full even if you can’t budget for the whole amount - stops you being on the worst end of a revolving credit facility. Just use the limits to spend on what you need to anyway (it’s visa or master presumably - so bar the odd DD/bill you can use it for pretty much anything) with the idea of tapering it down month to month - it’s the quickest and most cost effective way out of the minimum/non statement balance payment trap unless you have a windfall. But given this sounds like you have to choose how to allocate funds - I’d definitely recommend doing this for those at least one of the cards you can’t clear off in one go.

Pay off the most expensive debt first.

I wouldn’t worry about what your credit rating looks like, partly because it’s probably already pretty damaged, and partly because taking out new debt should not be a priority.

So, put your own interests first, and pay off the most expensive debts first

taking out new debt should not be a priority.

Could in future become a necessity for some who already have defaults (no comment implied on the OP). So whether the default should be priority is part of a list of priorities. One is the cost of servicing existing debt, one is access to cheaper finance going forwards…

Having been through an IVA I seem to remember the date I settled the defaulted account being important. (As @Rexx said).

Needing future new credit can kind of sneak up you like trying to take out a new phone contract or spread car insurance payments. So starting the clock on the default dropping off your record would probably be a good shout.

Then the highest interest after that.

Pay off the defaulted account first. It will have the biggest impact on your credit file. The default will show as settled.
Then use the amount not going to that debt on the 1 with the higher interest rate

Try asking on /r/PersonalFinance too

I don’t think the credit file is the priority here. One account is recently defaulted, another that seems to be on an arrangement to pay., and the other credit cards on minimum payments. All of these are not going to look good. Nothing is going to help with the credit file apart from time. It doesn’t even seem like there is an interest in getting anymore credit so the file isn’t important.

I’m guessing the interest rate on the credit cards are likely to be quite high so I’d put that down as the priority. All the extra money going to that interest could instead go to paying off the other debts.

If I’m correct, the default stay on you credit record whether you pay it off in full or not.

Yes but it will be settled which can be viewed better by some companies in the future.

On the OP question - option 2 may be best as these are not in default or repayment plan.
You could then use the snowball effect to pay off option 3 if it’s still causing interest.
Again once paid snowball everything to option 1.

Making regular payments for 12-18 months does help in terms of your credit file. Unfortunately records do last at least 6 years but the longer it is since an issue the less impact it may have.

Good luck with getting back on track.

Yours is more American based from when I had it followed, I removed it as it wasn’t overly relevant.

Yes, it used to be /r/personalfinanceUK, sorry 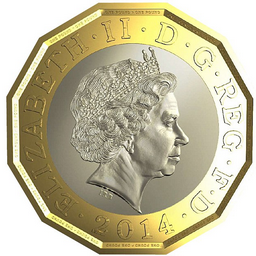 r/UKPersonalFinance: Discuss, learn and request help on how to obtain, budget, protect, save and invest your money in the UK