I’ve seen more and more news about NFT purchases over the last few months. This one is just as crazy as all the others. I just don’t get why you’d purchase something like this 🤷

I get if you’ve got the money for stuff like this, then why the hell but, but still 🤦 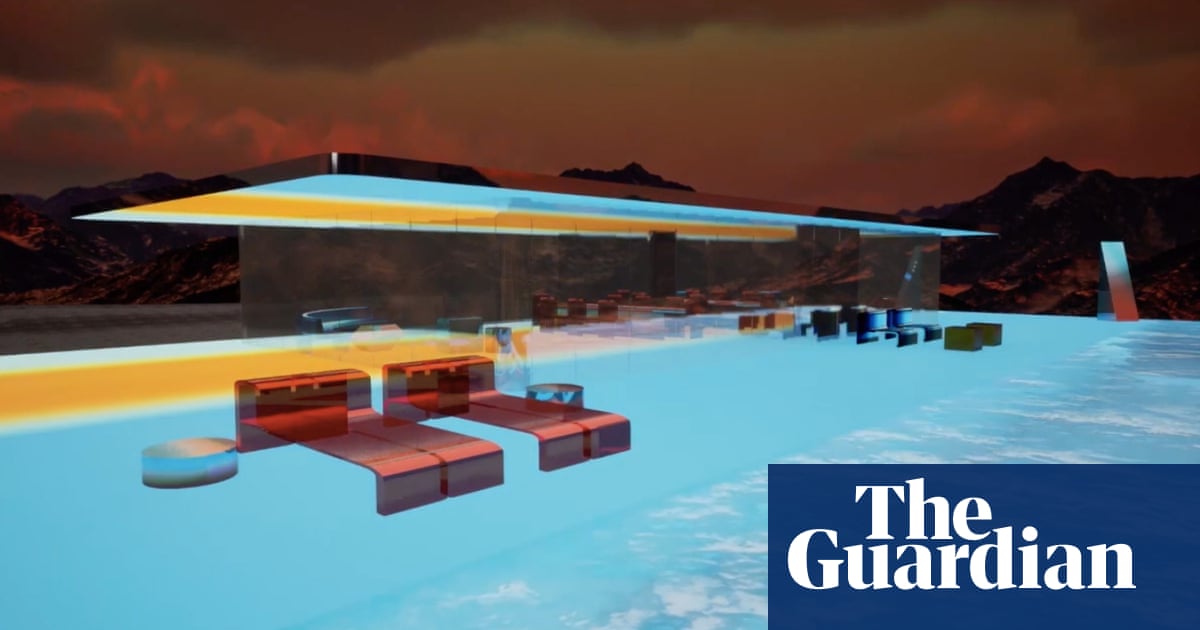 Owner will be able to take virtual reality tour of ‘Mars house’, their new living quarters

I remember how I didn’t understand why my parents can’t understand simple computing things and I now know how they must’ve felt… I used to think I was fairly switched on with technology but all of the crypto world is too much for me to understand. Particularly this bit

It’s just madness, there’s been some digital art sold on the Blockchain for a mad amount of money. Thing is that art work can be seen by anyone at any time.

I think it’s reprehensible (buying literally nothing, as you don’t even purchase the copyright in most instances, just a certificate) given the environmental impact.

The only reason I can see people doing this is money laundering and/or such extreme wealth you just want the novelty aspect.

Here’s the one about the art work sale, crazy money for a jpeg

A digital artwork sold for nearly $70 million at Christie's on Thursday, in the first ever sale by a major auction house of a piece of art that does not exist in physical form.

Thing is that art work can be seen by anyone at any time.

Yes, but that is just what the art world is like. The Mona Lisa is worth millions of pounds, but you could have one on your wall for two or three quid. Ownership of the original has value far in excess of that of copies. I agree that it’s bonkers, but that’s the world we have made.

that’s the world we have made

I’ll correct that for you

that’s the world some people have made

I’ve certainly played no part in this and never would

Ownership of the original has value far in excess of that of copies.

Stop me if I’m misunderstanding but, I think the thing is you aren’t buying the original. From what I’ve read, it seems that artists aren’t selling copyright, which means they can continue using and selling the image. And people are often not even selling images they really own.

So in a physical analogy, it seems to me that you’re actually buying a print and/or even a knockoff, and not the original. But you’re also getting a certificate saying you’re the twat who bought one for X million.

) especially since it’s by a famous designer.

But it looks very basic

Reckon he’s got his ticket booked with Space X, ready to go lay down the foundations for the new house.

I think the thing is you aren’t buying the original. From what I’ve read, it seems that artists aren’t selling copyright,

But I don’t really know what it’s going on with these NFTs.

I think with digital stuff though, how do you have a concept of the ‘original’ if the owner can just sell the exact same jpg again. Can’t really see how that could be attractive in a similar fashion.

how do you have a concept of the ‘original’ if the owner can just sell the exact same jpg again.

I think that’s the nub of it. Ownership is just a concept, in these cases, at least.

Non-fungible tokens, or NFTs, are crypto assets that are indivisible and unique. That means they have digital scarcity—creating a booming market for NFT collectibles and artworks. Here's how they work.

However now I’m going down the rabbit hole and finding out CryptoKitties are a thing.

Collect and trade CryptoKitties in one of the world’s first blockchain games. Breed your rarest cats to create the purrfect furry friend. The future is meow!

My heads hurting at all these things that no longer make sense.

The whole scene reminds me of the housing market in the early 2000s. Where NINJA loans were a thing; where people with no proof of income had five mortgages because nobody was checking the loan applications; where everyone thought they could become a property millionaire overnight.

People are jeopardising their own bank accounts (apparently) in the hope they’ll get rich from buying crypto because some guys selling ads on Youtube said you could.

Now people are reselling intellectual property as an ‘NFT’.

I understand the premise of NFT, mainly because I’ve bought virtual goods in games and those virtual goods are controlled by a central organisation which maintained the value.

The bit I don’t understand is, what is to stop person A setting put their own blockchain A and offering a Monet painting image for sale as a NFT. Then along comes person B who decides to set up their own blockchain B and offering the same Monet painting image. Two people would then own the same thing and it’s no longer unique to one person. A Monet was just used as the example, but could be a tweet or whatever people are selling as NFT’s.

To these Gen X ears, crypto and non-funguses just sound like the latest thing for young people to waste their money on (the new smashed avocado on toast, if you will) before they inevitably realise how real life works and start buying normal stuff.