They are packed by hand.

Sorry just to add that my replacement standard card after fraud arrived at the weekend in its usual navy envelope fully sealed, hot coral all nice and safe

Used to work for mailing houses, suspect enveloping is automated but stickers are Manual.

That makes sense. And apparently some have a little spritz of fragrance too.

that’s what I was referring to, the sticker

No sticker. Not opened.

I think it is using the smaller business plus envelope. 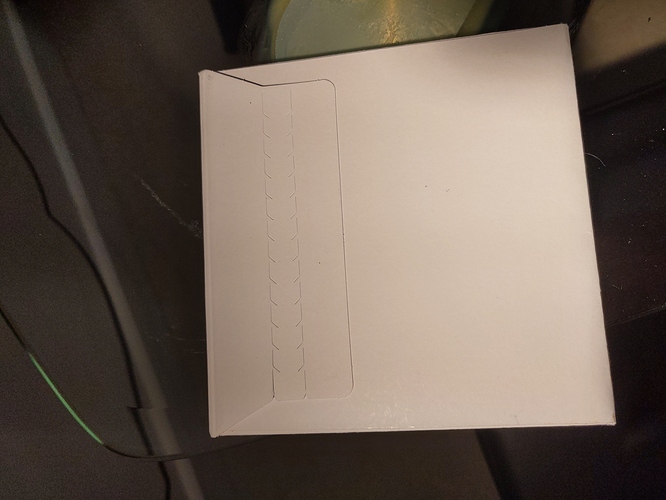 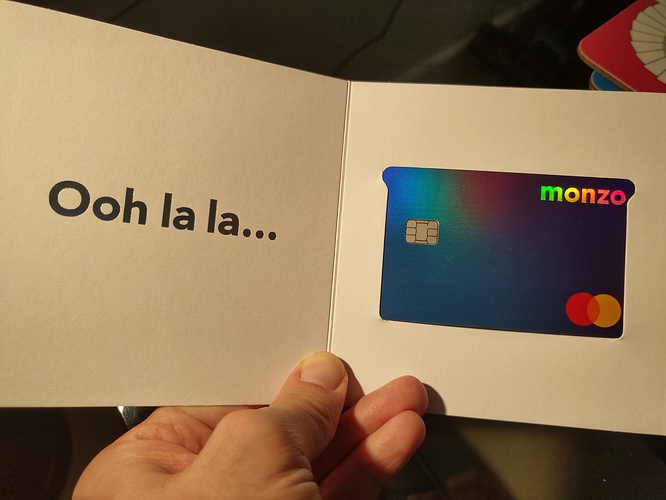 Ooh white card*! That’s a change from the dark blue!

I wonder if this is to try to mitigate some of the text transfer problems reported. Dark coloured text on a white background will be less noticeable if it transfers to the bank card, especially if the same shade of blue is used.

Received mine yesterday, packed the same way too

My second card has arrived, and the envelope is nicely sealed. White envelope and navy cardboard insert.

I’ve successfully activated it. However, I’m struggling to add it to Apple Pay. I keep getting an error. Does anyone have any ideas/suggestions?

Actually, I couldn’t set it up with the TestFlight version of the app, do downloaded the App Store version, and it worked fine.

With all these reports of people’s envelopes opened I’m starting to think what mine is going to turn up like … why didn’t they just use the normal blue envelopes? Surely if it’s not broken don’t change it! After all the envelopes only go in the recycling bin / shredder - so really don’t get why they had to change the packaging?

The card itself is what we all care about

The annual report stated they were now making savings wherever possible. The blue envelopes were custom bought if I remember right. Plain white is much cheaper.

Ahh good point, OK maybe use the same design as the old ones (blue ones) but white instead

No way that will be it.

They would have been making savings long before they decided on the colour of envelope.

White ones were going out for business customers and they weren’t causing issues, so they have switched to those. Nothing to do with cost savings.

I’ve successfully activated it. However, I’m struggling to add it to Apple Pay. I keep getting an error. Does anyone have any ideas/suggestions?

If you already have a Monzo card in Apple Wallet, check the number on it as mine updated automatically. However, the picture didn’t. I had to delete the card and re-add it.

Thank you. I had actually got there in the end, by updating to the production app instead of the TestFlight one!

They sent me 3 that were opened and the 4th was finally sealed as they have placed a sticker on them from the 20th July. I made a complaint about that and about bad service and the complaints team sent me £40 so that’s a few months of free plus at least.