The game just authenticates they download. There’s no data on the disk. You need to use the disk every time you want to play

I buy nothing but digital copies for games and films, whether at launch or not, perfect example PS4 disc drive issues where it would auto eject, so only option is to replace console

The idea of spending £50 on a game makes me kinda ill. Especially as most of them are half that price in a year or two - and this is from someone who has played games since owning a commodor 64! (cassette tape games from my local news agents for £2.50 for the win!)

Yep absolutely this is a relevent to current things thought - I’ve been having the same thinking about getting a 2nd hand Xbox - digital or disc version - and just having the ability to buy second hand games on the cheap likely makes it a better idea getting the disc version over the all digital one.

With Xbox Gamepass you don’t have to care. One low monthly price, play what you want and don’t worry about prices / resale / disks…

Steam will give you a refund if it’s under 2 hours of gameplay - if you bought it digitally on Xbox or PS4, then. I don’t know what their refund policy is

So will Xbox. Doubt the policy has changed since this article. Assume it depends how long you played it for! 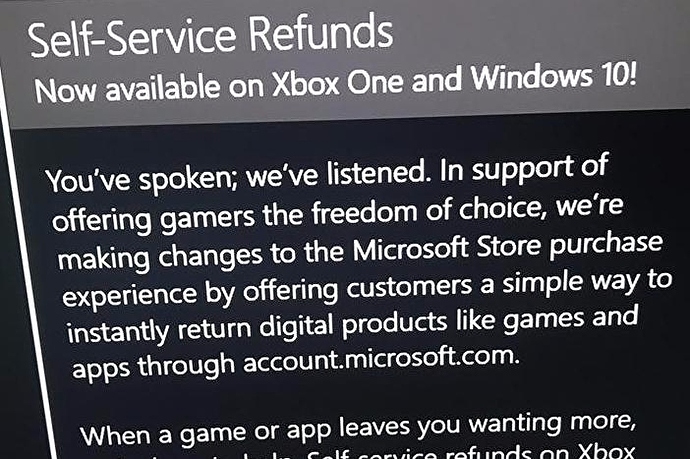 PlayStation did but was only for VR games and under 25% completion, not supported them for 3 years so may well have changed

THIS is why if I buy digital, It’s via Steam

The ability to give it a quick play, see if it stacks up to the reviews and if it doesn’t gain a refund is why I personally don’t go elsewhere for Digital

Xbox do it on a case by case basis and look at the what the game is, the time played etc

I’ve generally found them to be quite fair