Nationwide has said it is planning to invest £4.1bn in technology over the next few years: 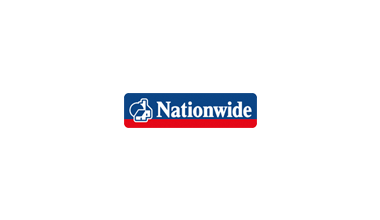 News from the Nationwide Building Society

Nationwide looks to future as it announces multi-billion tech investment

They had me until SAP…

They switched to their current SAP core banking product a few years ago from their legacy mash up of systems and Unisys mainframes. I have no idea how it works internally, but on the face of it they seem very limited in what digital services they currently provide. Nationwide are fairly traditional so how much is down to policy and how much technology I do not know.

Their switch to SAP was widely thought to be the most complex live migration ever made at the time. Lots of articles in the financial press predicted disaster - like with TSB - but actually it went pretty smoothly. There are still a few quirks - the savings system with roll number based accounts doesn’t look fully integrated to me (seeing the screens as a customer) and I’ve noticed online banking for such transactions omits details until the following day, though balances update immediately. As a micro-business owner I’m hoping they get some of the RBS cash and move into business accounts.

Nationwide’s move to SAP and use of virtualisation was a fairly innovative and forward thinking move at the time. The transformation went fairly well as they did it very slowly and carefully. If I remember rightly TSB went for a ‘big switch’ to a relatively new and untested system, which is asking for trouble.

Those guys clearly have no idea how much this should cost in terms of development time, so instead they will give 4bn to a company that’s happy to con them and give them crap in exchange, which at best is still going to be “legacy” compared to real innovation like Monzo and Starling, and at worst will cause a TSB-style disaster.

They can actually modernise their business with much less by building an in-house tech team and simplifying their product line (the less products the less code & edge-cases need to be handled).

They can actually modernise their business with much less by building an in-house tech team and simplifying their product line (the less products the less code & edge-cases need to be handled).

(You are, of course, quite excellently right)

Running the numbers, 4bn is enough to start a brand new bank and offer lending products; they’d be able to lend 40k for every one of 100k customers. That’s more than enough to start a fintech credit card company.

But instead we’re going to see those 4bn disappear in the pockets of some vultures and the bank will remain as legacy as ever.

I can name a few of those ‘vultures’. I can’t yet say what will be delivered, but it won’t be anywhere near what people expect. Nationwide moved to a newish SAP platform and virtualised servers a while ago, but the thinking and development remains legacy. That, and key functions are outsourced to third-world countries.

I think most of these legacy banks won’t see any change until they upgrade their senior management, not their technology.

But hey when you can bring a bank to it’s knees and still walk away with £1,000,000+ golden farewell you’ll never see real change at the top of these banks.

I’m currently working on implementing a new bank for a company (no names sorry) and not once during the entire requirements, designs etc has anybody, ANYBODY, asked … “what do we think our customers would want/need?”.

Awww - you can’t drop that then step away!

not once during the entire requirements, designs etc has anybody, ANYBODY, asked … “what do we think our customers would want/need?”.

When folk start by talking about requirements, rather than the problem that’s you’re trying to solve, or the users’ needs (not wants), then that’s a recipe for disaster…

Oh that could name drop, but alas I shall share once they are live and I have another job ha ha!

For my part I am trying for to make it as safe as possible even if it is not necessarily customer focused.

I think most of these legacy banks won’t see any change until they upgrade their senior management, not their technology.

This really does sum up the biggest issue. Last January in Davos, Anne Richards, Chief Executive of M&G Investments was on a panel discussing the next financial crisis. Technology was a talking point, specifically if technology fails, given our reliance, the ‘system’ is at risk of failure, which is of course valid concern. But it was this piece of derpcore that made my heart sink a little…

“…all of our businesses would stop, if for some reason, that most of us don’t understand, because we don’t really understand what the cloud is, let’s be honest…”

If we are to take that literally, it hardly instills confidence when the boss of a big fund acknowledges a lack of understanding of the infrastructure that underpins their business (£280bn+ AuM).

If we are to take that literally, it hardly instills confidence when the boss of a big fund acknowledges a lack of understanding of the infrastructure that underpins their business (£280bn+ AuM).

I absolutely agree. But I really don’t get this, though. Board members are expected to understand finance, people issues, corporate law… But they seem to be content to go “ooh technology” and leave it to others…

Fundamentally, Boards need to understand that technology (and associated things like cyber security) aren’t things that are done by a function - they are part of the fabric of every contemporary business.

Difficult to do when they undervalue their in-house tech staff but they’re happy to pay external companies many times over.

At this stage all Banks need a credible CTO, but not many have one.

Fundamentally, Boards need to understand that technology (and associated things like cyber security) aren’t things that are done by a function - they are part of the fabric of every contemporary business.

Totally agree with this.

I wonder if this is indicative of a gap in higher and executive education, in that there is simply less emphasis on baking in technology at the core into the mindset and culture of your talent stream across all levels of a business cf. Monzo, to use an example much closer to home.

Difficult to do when they undervalue their in-house tech staff but they’re happy to pay external companies many times over.

At this stage all Banks need a credible CTO, but not many have one.

I think this reinforces @Peter_G excellent point, where the responsibility to deliver can simply be outsourced, along with failures. I do think it needs to go beyond just having a credible CTO though @saf. It’s an essential starting point for sure but I think it’s useful for a board as a whole to understand the fundamental concepts, importance and implications behind the use of technology, to make for better decision making, corp. governance and ultimately outcomes. Ok, I’m going to ride off into the rainbow on my unicorn now…

This might not be directly relevant to this thread, but I’ve always wondered why Nationwide don’t run their own credit card operations. Maybe it isn’t seen as a core product by them, but one customers expect so they just “buy it in”.

Do you know how much of Nationwide’s credit card operation is outsourced? (There’s probably a spectrum from using a card processor like GPS, that I think someone mentioned up-thread, to essentially white-labeling the product)

I could go on. But essentially, the next generation of execs need to embrace contemporary society and behaviours (and technologies) - and work out how to lead in that world.

I’m not sure if exec education works for or against that.

the responsibility to deliver can simply be outsourced,

Do you know how much of Nationwide’s credit card operation is outsourced?

I believe pretty much the whole operation including customer services is outsourced to TSYS. It’s a close collaboration I think as they run a customer service centre in Coventry that I read is specifically for the Nationwide operation. The card services are customised to Nationwide’s requirements (i.e. not necessarily a standard TSYS product that is just re-branded), and it’s Nationwide’s funds that are loaned out as you would expect.

society has changed. Tech is now at the core of everything we are and all that we do. And cultures have shifted in a related way, too. No more hierarchies, lots of cooperation and multifunctional teams - humans as networks, if you will. Everyone expecting a voice. Slack, not email. This scares the horses of those that rely on hierarchy for either power or because it’s all they know…

Nowadays, any company should be a tech company. Even if your end product has nothing to do with tech, you still need tech in order to manufacture the product efficiently. You can no longer rely on how things were done in the “good old days” because the market has also changed and doing things the old manual way means you will no longer be able to compete.

Some people don’t understand that (or don’t want to, because it will put their own - now useless - position at risk), and those should go. We need leaders courageous enough to do what’s best for the business in the long-term, and not cave in to the demands of redundant people who refuse to adapt.