As I’ve mentioned already here, @alinnett has been kind enough to set aside time to come into the Community this week to share some of the work that went into creating our end of year data insights and generally what it takes to be a Data Scientist here at Monzo.

Here’s a little bio from Amelia:

“I’m a data scientist on the product analytics team. We work across lots of different areas of the core product, using data and experimentation to understand user behaviour and inform product strategy - whether that’s deciding how to improve existing features or figuring out what to build next. In my 2.5 years at Monzo I’ve worked on several different teams and projects across personal and business banking, and am currently supporting marketing.”

Take a look at Amelia in action here. Spoiler alert, this Tiktok gives away a very important spending insight.

What was more fun @alinnett finding out the data points for #MonzosVeryImportant2021DataThing or filming the TikTok?

(I think I know why this wouldn’t be wrong even though you don’t have a Greggs near you, but she should be able to confirm!)

I suspect outside of London the data just isn’t as localised, and has been skewed in order to paint the Infograph that way. They won’t have checked to make sure there are any Greggs this far North, hence the sausage roll being where there is no Greggs nearby, but we’ll have probably been grouped into Scotland as a whole, where in the larger towns for every pret there’s probably 10 Greggs.

I think if it were to be broken down by city outside of London, we’d see a bit more red, particularly in places like Manchester.

Why don’t you ask @alinnett over here how they worked this out?

Okay! @alinnett! Would love to hear the breakdown of how you arrived at this picture! Is it how I presume, or are cities like Manchester indeed spending more at Greggs as well? And what about the few regions that lack a Greggs?

My issue with the map though: 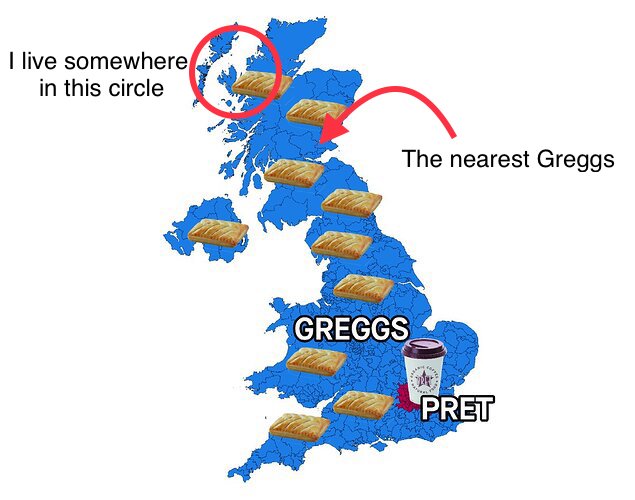 There is no Greggs near that sausage roll in my circle! There used to be one near it (in Inverness), but it shut down a few years ago.

Finding data points for #MonzosVeryImportant2021DataThing was certainly a lot more fun than the TikTok might lead you to believe… but filming the TikTok might have the edge here because faceplanting onto a beanbag several times is, I discovered, a fantastic way to start the day!

What’s been the most surprising correlation that you’ve found?

How did you career/uni progress before Monzo?

Would you rather eat Christmas dinner every single day for a whole year or every time someone says Christmas, you had to sing the full version of WHAM!'s Last Christmas?

Good questions! And some good guesses on the answers as well.

In this case it’s based on where the user lives, rather than on where the transactions are taking place. So in the example you give, you would be counted towards the Pret spend in your region, not in London. This means you could have a region without a Pret or Greggs nearby, but still have a preference for one or the other showing up based on which one users from that region spend at when they’re in another area.

You’ve also touched on the other reason you might see an area apparently prefer Greggs even if there isn’t one within that specific area, which is that we’re aggregating by regions that are a little larger than those drawn on the map. In this particular instance, Scotland was treated as a single region.

What’s been the most surprising correlation that you’ve found?

No spoilers, but stay tuned this week!

How did you career/uni progress before Monzo?

I studied geology at uni (on the topic of surprising correlations, there’s more overlap than I might once have expected in the skills needed for / things you learn from ‘hiking through peat bogs and deserts, hitting rocks with a hammer’ and ‘data science at Monzo’). After uni I spent some time as a tutor whilst teaching myself how to write code, before joining Spotify as an analyst for a few years, where I learned a lot more about how data works at scale. Then I saw an open role posted for a product data scientist at Monzo, and here I am!

Would you rather eat Christmas dinner every single day for a whole year or every time someone says Christmas, you had to sing the full version of WHAM!'s Last Christmas?

I’ll take the second option, on the rationale that there’s not much of an exit strategy for the Christmas dinners, but the first time anyone heard my rendition of WHAM!'s Last Christmas they would undoubtedly go to great lengths never to mention the word in my hearing again.

Amelia’s jumper and the beanbags are McD brand colours

How much of your job is coding? From what I know (very little) when you’re looking at data at this scale, you’re not really using anything like Excel anymore?

This sort of thing I find really interesting and it’s definitely a path I’d like my career to go down.

It’s rare that I go more than a day without writing at least some SQL queries, but beyond that it varies quite a lot depending on what I’m working on at the time.

I’ve worked on some projects that are essentially building or refactoring some of our data models, which involved reading and writing a lot of SQL. At other times, if I’m trying to do calculations or data manipulation that’s not as easily handled in SQL, or occasionally for more complicated data visualisation, I’ll fall back on Python and its various data-focused libraries. And some projects will be much lighter on writing actual code, and will instead involve using our data visualisation tools on top of data models we’ve already built - along with probably some ad-hoc SQL queries - to compile some insights about a particular feature, behaviour, or other area of the product, often for use beyond just data.

That’s a very qualitative answer to a quantitative question, but one of the things I really like about this role is that there’s a fairly wide range between the more technical (writing code) side of things and the more analytical side of things, and different projects mean playing in different parts of that space.

A data puzzle: if I have N different jumpers in my wardrobe, there are M different colours of beanbag in the office, and Monzo users ate at X different restaurants in 2021, what is the probability that my clothes and the beanbag will match the top restaurant’s branding?

I’ve created some SQL queries but more adapting and nothing from scratch.

Looks like that’s where I need to focus! Thank you for the detailed reply

Today is the last day to pick @alinnett

What’s been your most enjoyable moment at Monzo? (Face planting the beanbags doesn’t count)

This is a tough one! If I can’t pick faceplanting into a beanbag…

The relevant-to-the-season answer: working on the Very Important Data Thing, which really has been a lot of fun as it’s a chance to do something lighthearted and a bit different with data.

The extremely-nerdy-but-probably-most-honest answer: there was a data model I got to refactor a while ago which was exactly the right kind of ‘messy complicated problem that’s incredibly satisfying to solve’.

And I will always have fond memories of the time shortly after I joined when the entire data team could fit in a single room with a box of doughnuts to do a large data migration.

Where/what/how would you recommend learning more about SQL from a data perspective? And what about Python?

(I’ve seen the spec for a Monzo job and I meet most of them apart from the SQL/Python ones, so probably something that would be good to add to my knowledge base for anything else that might come up at Monzo or anywhere else)

Where/what/how would you recommend learning more about SQL from a data perspective? And what about Python?

I can probably answer this to some extent!

It depends if you want something formal, that comes with accreditation, or something more just to expand your knowledge.

For the knowledge thing, for free, I’d start here with the Data Analysis with Python curriculum: 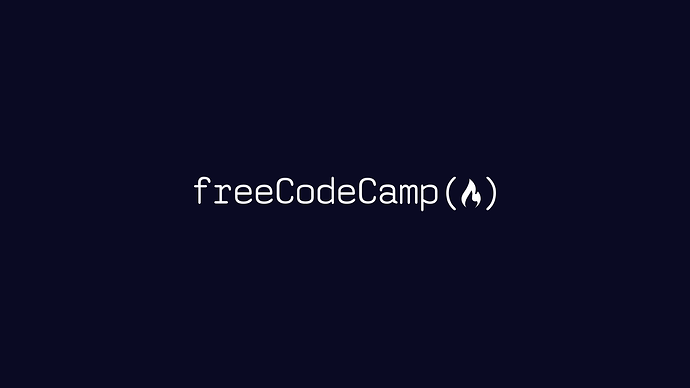 Learn to Code — For Free

That looks right up my street! Thank you!